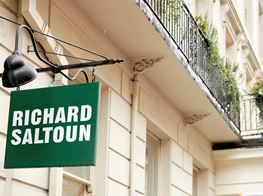 Exhibitions will follow chapters in one of the political philosopher's most famous works.

Richard Saltoun Gallery, London, is devoting next year's exhibitions to a single theme: Between Past and Future: Eight Exercises in Political Thought (1968) by philosopher Hannah Arendt.

The project is called 'On Hannah Arendt: Eight Proposals for Exhibition'.

'Arendt was remarkably attuned to the malevolent aspects of human personality and how they manifest themselves in modern life,' Saltoun said. 'Given the pressing socio-political issues we are currently facing, her work is now more important than ever.'

Chapters in Arendt's book address subjects such as The Crisis in Education, The Crisis in Culture, and Truth & Politics. The first exhibition in 'On Hannah Arendt', The Modern Age, will pair Vivienne Koorland (b. 1957, South Africa) with Siah Armajani (b. 1939, Iran, died 2020 USA) and open in January 2021.

'"The 'Modern Age" addresses themes of dislocation, statelessness and social alienation, as well as the discomfort and uncertainty these conditions produce,' Saltoun said. 'On view will be a selection of Koorland's 'history' paintings, representations on linen and stitched burlap of images that address the contested terrain of collective experience through overdetermined revisions of history.'

Meanwhile, 'Siah Armajani's sculptures and installations draw on his personal experience as an Iranian émigré in the United States and his own political activism, using public art and large-scale, architecturally-minded installations to nurture critical engagement and build bridges across cultures,' he said.

Koorland said Arendt's political philosophy, irreverent sensibility and ironic sense of humour hugely influenced her decision to leave apartheid-era Cape Town and attend graduate school in Berlin. Despite these affinities, she said, 'Arendt would not have identified herself as a political Marxist as I would, nor a #MeToo feminist as I would. She'd have disavowed all activist labels: she was a philosopher!'

Koorland's works frequently depict racist violence, a fraught choice in 2020 following the Philip Guston show postponement and the tearing down of statues as part of the Black Lives Matter movement, but one she emphatically believes in.

'Making, in itself, attests to a critical engagement with and acknowledgement of the fact of our ubiquitous, still unrelenting systemic racism, our shared history, our shared trauma, our shared damage and damaging brutal-beyond-imagining legacy,' she said. 'Nothing short of our entire Western culture, our poems, paintings and literature, is implicated.'

Several works will be made especially for 'On Hannah Arendt: Eight Proposals for Exhibition', including a light structure by Italian feminist artist Marinella Senatore. One of Senatore's light structures, similar to those used during Italian festivals, adornthe stage at Dior's Cruise 2021 runway show. It featured phrases such as 'Be a Builder of Unguilt' and 'We Rise By Lifting Others'.

This is not the first time Richard Saltoun Gallery has planned an overarching theme, or concept album, of exhibitions. In 2019, '100% Women' saw the gallery show works by women artists for 12 months.

'Since the inception of the gallery in 2012, we have always worked to discover under-recognised and under-represented artists, which inevitably imbued our programme with a strong focus on women artists—many of whom have been overlooked,' Saltoun said. —[O]

Founded in 2012, Richard Saltoun Gallery is based in Mayfair, London. The gallery specialises in contemporary art, with an emphasis on feminist, conceptual and performance artists from the 1960s onwards. It is guided by a strong focus on 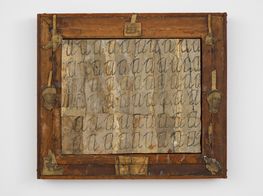 South African artist Vivienne Koorland's hand-hewn, habitually recycled paintings - along with her maps, poems, songs and stories - explore the vexed problematic of language and the impossibility of narrative in painting. Eschewing conventional 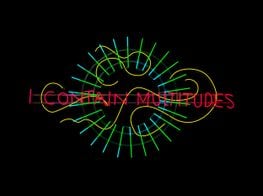 Marinella Senatore's practice encompasses film, collage, photography, installation and performance. Defined by its participatory nature, her artwork examines the potential of art and collaboration to generate broad social change. Across her work,