Kimsooja's work investigates questions relating to the human condition such as nomadism, migration, interpersonal relationships, and women's role in society. She also engages her audience with a reflection on the relations of aesthetics and global politics through a system of beliefs that defies mobility and the act of making. All these themes are present in her multidisciplinary art practice, which includes performance, video, photography, drawing, sculpture, and site-specific installations, that are all linked towards their relational use of light and sound.

She was born in Daegu, Korea, a city known for its textile industry. After studying painting in Seoul, she had a residency at a lithography studio at the École Nationale Supérieure des Beaux-arts in Paris (1984–1985) and at P.S.1 Contemporary Art Center in New York (1992–1993). In the early 1980s her artistic practice started focusing on sewn work, which later evolved into the widely-acclaimed performance, A Needle Woman, in 1999. 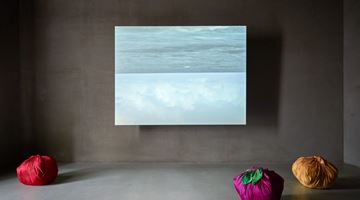 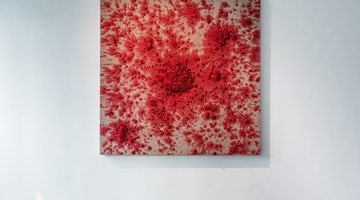 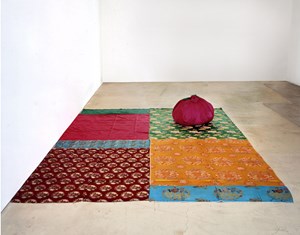 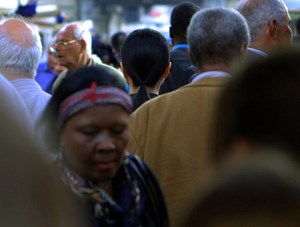 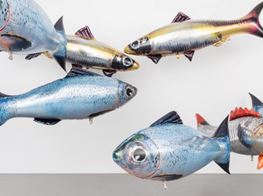 Several galleries have chosen to show works they either couldn't have realised in a booth or look just as enticing on a device. 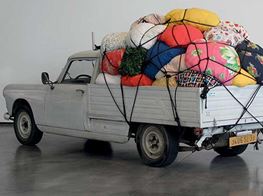 For more than 25 years, South Korean artist Kimsooja has focused her practice on a specific element in her country's visual culture: the bottari, a colourful bundle of cloth used to wrap and transport items by hand. It is a traditional and timeless component of life in Korea, where bottari fabrics are often recycled from old silk bedcovers, a... 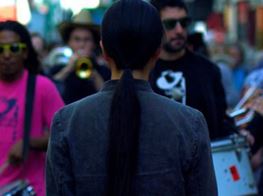 In the new exhibition Here we are at the Art Gallery of NSW, some of the most compelling women artists at work today consider the connections we create with others and how these connections resonate outwards through our lives. In the 2009 video A needle woman by Kimsooja, from the Gallery's collection, the figure of the artist, seen from... 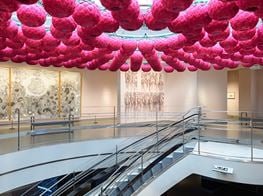 A resplendent display of 272 fuchsia-colored paper lotus lanterns adorns the light-filled oculus on The Rubin Museum of Art's top floor. The sweeping circular installation, Lotus: Zone of Zero (2019) by Kimsooja, is among the more striking of the works by 10 international artists selected by guest curator Sara Raza for the exhibition Clapping... 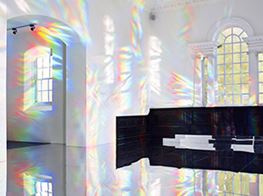 Five hundred acres of voluptuous hillsides are peppered with wandering eyes, concrete lumps and hollowed Hepworths, all cohabiting the landscape with grazing sheep. Yorkshire Sculpture Park is perhaps one of the only sites in the UK where you might confuse an ovine watering trough with a modernist sculpture. Now it also houses the only chapel... 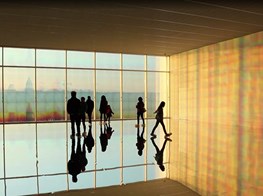 Born in 1957 in Daegu, South Korea, Kimsooja started attracting the attention of the international art community when she began constructing Korean bottaris in her art – a gesture and motif that continues to appear in her work till today. Her art centers on the work and labor of women –beginning with her early sewn works, to her films and video...