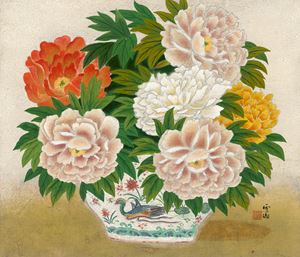 With the best support from Kuo Hsueh-Hu Foundation, The Gaze from the North: Kuo Hsueh-Hu and His Southern World will open on 5 September at Liang Gallery in Neihu, Taipei. The exhibition curated by Wu Chao-Jen, the Assistant Professor of Department of Fine Arts at Tunghai University, features the masterpieces by Kuo Hsueh-Hu (1908–2012) of his years in Taiwan and overseas, including Stream through Pine Ravine and Scenery Near Yuan Shan (preliminary drawing) in 1927, with which he was selected by the first Taiwan Art Exhibition, and Chinese Garden in 1932, along with a great number of the rarely-seen flower paintings and travel paintings. The exhibition also includes 7 artworks by Madame Lin A-Chin, the wife of Kuo Hsueh-Hu, presented as a testimony to the viewers of how the seven decades of a marriage of mutual understanding had supported the husband and wife through the challenges in life as well as in arts.

As a result of the First Sino-Japanese War in 1894, Taiwan and Penghu Islands were ceded to Japan by the Qing Dynasty, followed by the fifty years of Japanese occupation. It was when under the Japanese rule that Kuo Hsueh-Hu was introduced to the world of arts and started the most prolific stage of his artistic career. As the Pacific War came to an end in 1945, Taiwan was handed over to the Nationalist government of China. However, a revolt broke out against the Chinese government in 1947, known as the February 28 Incident, taking numerous lives including the Taiwanese painter Chen Cheng-po who had received education in Japan but killed by gunshot in Chiayi. The follow-up island-wide massacre and the imposition of Martial Law starting in 1949 soon caused the Taiwanese artists who had grown up in the Japanese occupation and had received the Japanese art education to panic. During the 1950s, the 'Provincial Art Exhibition' began to question the categorisation of 'Dongyang painting' (東洋畫, often used to refer to the painting featuring a Japanese style) by Taiwanese painters, consequently leading to the argument over the 'legitimate national painting.' The controversy was heated up when the Provincial Art Exhibition jury committee experienced a structure shift as the Taiwanese painters in the committee were gradually replaced by the mainlanders. Therefore, the determined Kuo Hsueh-Hu left Taiwan for Japan in the October of 1964, where he had lived away from home for 23 years until his return in 1987 on the eve of the announced lifting of Martial Law.

How can we define the relation among Dongyang painting, gouache painting, Japanese painting, and the 'legitimate' national painting? Why did the Institution of the Provincial Art Exhibition committee drive Kuo Hsueh-Hu away from his hometown? How did 'the gaze from the north,' or should we understand it as the art education and imperialism imposed during the Japanese occupation, shape the exquisiteness of Kuo's arts as it also confined his visual aesthetics? Through its exhibits and curatorial narrative, The Gaze from the North: Kuo Hsueh-Hu and His Southern World hopes to offer a different academic perspective for the art history of Taiwan.

The Gaze from the North: Kuo Hsueh-Hu and His Southern World 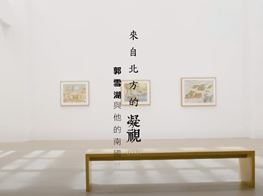 Sign up to be among the first to know when new exhibitions by Kuo Hsueh-Hu, Lin A-Chin or at Liang Gallery open.