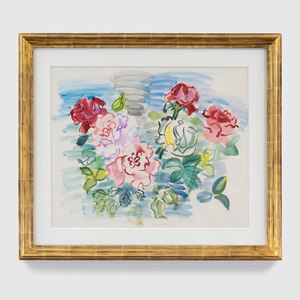 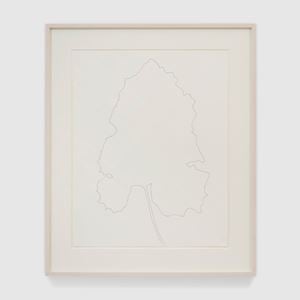 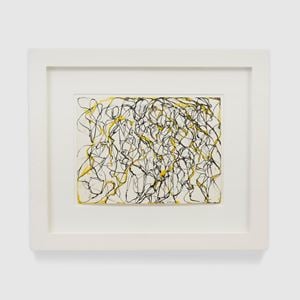 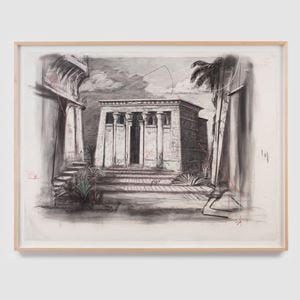 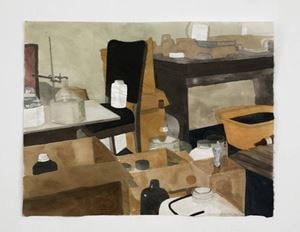 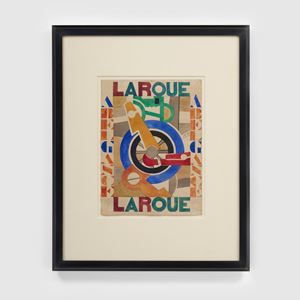 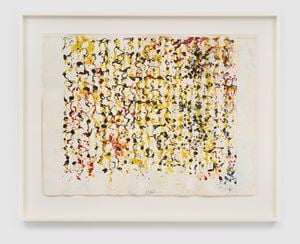 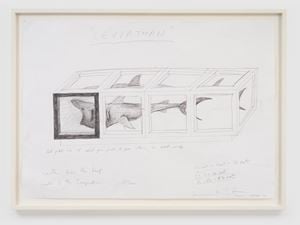 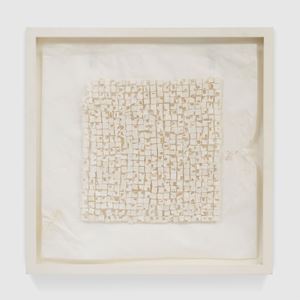 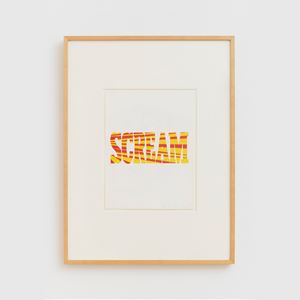 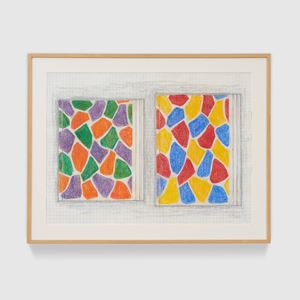 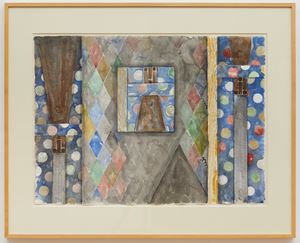 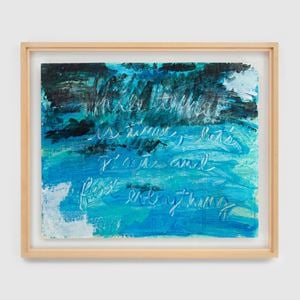 Paul ThekWhile there is time, let's go out and feel everything, 1988Acrylic on newspaper
56.5 x 69.5 cm Pace Gallery 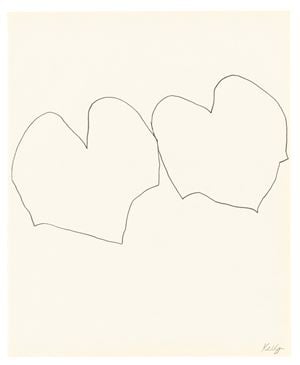 New York, NY, August 5, 2020—Acquavella Galleries, Gagosian, and Pace Gallery are pleased to announce a joint exhibition of works on paper from the esteemed Donald B. Marron Collection, belonging to one of the twentieth and twenty-first century’s most passionate and erudite collectors. The exhibition will be on view August 12–20, 2020, at Pace’s recently opened gallery in East Hampton, New York. In a continuation of the three galleries’ partnership with the Marron family to handle the sale of the private collection of the late Donald B. Marron, this intimate presentation offers a glimpse into the coveted Marron estate of over 300 masterworks acquired over the course of six decades.

The exhibition will feature almost forty works on paper including sketches and studies as well as fully realised paint and pastel pieces. Works on view range from early modern masterpieces by Henri Matisse, Raoul Dufy, and Fernand Léger; to nature studies by Ellsworth Kelly and an exemplary acrylic from Paul Thek’s final series; to contemporary pieces by Mamma Andersson, Leonardo Drew, Damien Hirst, Jasper Johns, and Brice Marden, among others. A focused presentation on Ed Ruscha’s typographic and image-based drawings and a selection of his inventive artist’s books will round out the exhibition. Many of these works are being exhibited publicly for the first time since their acquisition.

Works on paper highlights from the Donald B. Marron Collection include:

Two drawings by Brice Marden, including Butterfly Wings (2005), composed of loops of black ink that swirl across but never escape the perimeter of the sheet. As Marden said in 1979 of his drawings: 'think of them as spaces.' In Butterfly Wings, Marden intentionally alters the space of the drawing while permitting vestiges of its making to remain visible to the viewer.

Two late works by Jasper Johns, including Two Paintings (2006), which combines now-famous motifs from early in his career—flags, maps, numerals, and cross-hatching—with new ones, including a Harlequin’s costume, a piece of string, and flagstones.

Ellsworth Kelly’s Burdock (1969) and Wild Grape (1960) from his plant drawings series, which played a central role in his art. These plant drawings not only informed the artist’s early paintings but are also the basis for his later work. As Kelly wrote of the series in 1969: 'They are exact observations of the form of the leaf or flower or fruit seen. Nothing is changed or added: no shading, no surface marking.'

Damien Hirst’s drawing Leviathan (2006), wherein the artist reveals his initial plans for a monumental sculpture of the same title, encasing the second largest shark in the world in formaldehyde—its mouth wide as if about to attack.

A drawing by William Kentridge developed as a preparatory study for the scenic design and background animation for The Magic Flute, a production of the Mozart opera directed by the artist that premiered at the Theatre Royal de la Monnaie, Brussels, in 2005 and later toured worldwide. In preparation for directing and co-designing the opera, Kentridge created two bodies of work, Learning the Flute and Preparing the Flute, from which he developed a central metaphor of darkness and light, as expressed in the motif of the stage as camera.

Paul Thek’s rare acrylic-on-newspaper drawing While there is time, let’s go out and feel everything (1988)—one of the last works the artist made before his death from AIDS-related complications at the age of fifty-five. In this atmospheric abstraction that evokes the early seascapes and 'puddle paintings' that Thek made on the Italian island of Ponza during the late 1960s and early 1970s, the artist meditates on his own mortality, yet does so in a characteristically whimsical fashion.

A number of drawings by the iconic California-based artist Ed Ruscha, including Honk (1964), among Ruscha’s first language-based artworks, as well as several other compositions featuring single words that dominated the artist’s work throughout the 1960s and into the early 1970s, such as Red Yellow Scream (1964), and Holloween (1977). The collection also features several of Ruscha’s groundbreaking artist’s books, which turned away from the craftsmanship and luxury status that typified the livre d’artiste to focus on the artistic concept, opening the genre to the possibilities of mass-production and distribution. Notable artist books by Ruscha include Twentysix Gasoline Stations (1963) and Some Los Angeles Apartments (1965), among others.

Works on Paper from a Distinguished Private Collection prefaces a joint exhibition in New York City in 2021 organised by the three galleries, which will showcase the breadth of the Donald B. Marron Collection and pay homage to Don Marron’s (1934–2019) legacy, including works from the family collection as well as loans from institutions. Marron enjoyed long personal relationships with Bill Acquavella, Larry Gagosian, and Arne Glimcher, who each contributed to shaping this significant collection over the course of several decades. The collaboration between the three galleries is the first of its kind, and signals a new way for families to handle the sales of their collections.

The East Hampton gallery will be open to the public with a limited capacity, from Tuesday to Sunday, 11 AM–6 PM. Pace is taking all necessary precautions to ensure the safety of visitors, including measures to manage the number of visitors in the space at any given time. Hand sanitiser and Personal Protective Equipment will be provided for visitors as well.

Works on Paper from a Distinguished Private Collection A co-presentation by Acquavella Galleries, Gagosian, and Pace

21 new artworks have recently been added by Pace Gallery.
Sign up now to be among the first to know when new artworks are added.