One of the most gifted and celebrated young painters to emerge on the international scene in recent years, Bas has also created a number of significant works using the moving image. Drawing inspiration from such contemporary figures as Joseph Beuys, Matthew Barney and particularly Bas Jan Ader, while also evoking art-historical and literary references from past centuries, Bas’ video and film deploy simple gestures and situations to delve into themes of nostalgia, romanticism, and the absurd. 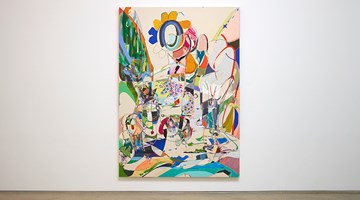 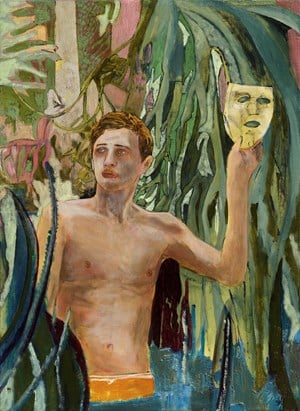 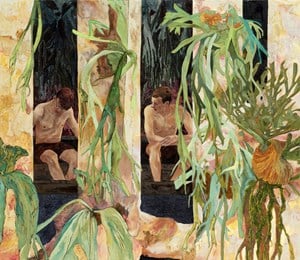 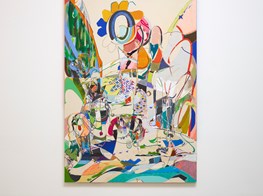 Two artists exhibit two very different expressive styles — one is figurative and the other is abstract. Somehow, however, there exists quite a surprising similarity between American Hernan Bas and Korean Jeong Young-do when it comes to expressing suppressed desires in their works. 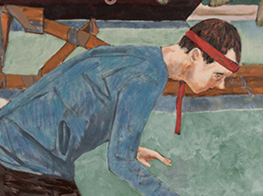 When the Detroit-based artist Hernan Bas arrived at Jesus College, Cambridge, for a period of research in 2016, he didn't know what 'fresher' meant. The term, familiar to anyone who's been to a British university, is used to describe first-year undergraduates and hints at much of the bravado of student life. 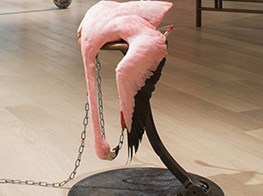 Young men's heads bobbing in an ocean heavy with secrets painted on a folding screen. A flock of spoonbills flying by Stiltsville on a triptych. A sculpture of a dead flamingo, doubled over like a macabre midcentury modern table, chained to a metal ball. This is Hernan Bas' 'Florida Living.' 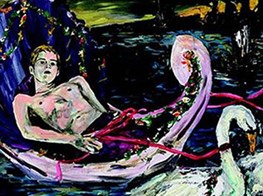 The early works of one of the great artistic talents to emerge from Miami in the past few years are the subject of a new solo exhibition at YoungArts, 'New Perfumes, Larger Blossoms, Pleasures Untasted: Hernan Bas and the Natural World.