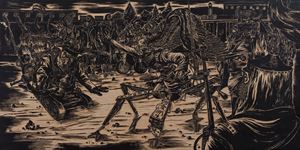 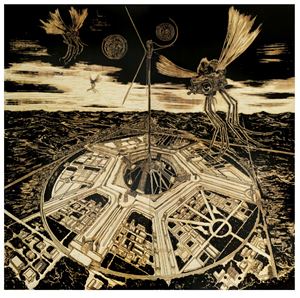 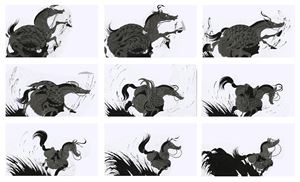 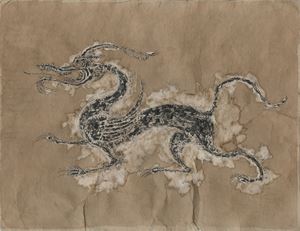 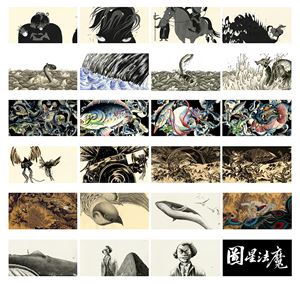 ShanghART M50 is pleased to hold the launching ceremony of the project of artist Sun Xun's full-length stop-motion animation film Magic Atlas on November 2, 2019. Meanwhile, after a one-year renovation, the Experimental Space project at ShanghART M50 project area (located in the southwest wing of the boiler house) will be officially opened to the audience during the same period. This renovated project area will present the production process of Sun Xun's film project for the first time.

Stop-motion animation films have always been the dream of Sun Xun. After nearly a decade's mulling over, the idea of this stop-motion animation film project accumulated in Sun Xun's mind was eventually put into action. In the past year, Sun Xun has been traveling to and from Beijing and Shanghai, leading simultaneously the production of films in Beijing studio and the planning and design of the Experimental Space project in M50 Shanghai. Sun Xun named the Experimental Space project 'Stop Space'. These two distinct work scenes however complement each other. The figurative space restricts the creation of art, and the curiosity that is constantly generated in the creating process also makes the space become the inspiration for the film creation.

In such a cinematic narrative film, the artist tries to incorporate the history of the world art style into the story, and emphasizes the special significance of the art of painting in the film by breaking through the working style of traditional films. The film combines the specific painting language styles of woodcut, contemporary painting, Persian miniature painting and oriental traditional painting to show the stories and characteristics under different cultural backgrounds. The story itself is closely related to the artist's experience of artistic residency in different parts of the world, forming the background of the plot of different time and space. This is not only about the interaction and conflicts between various civilizations, but also the discussion and doubt about human nature.

This film is different from Sun Xun's previous works, and the artist adds the perspective of plot narrative on the basis of the way of imagery language creation. The characters began to have a clear identity and characteristics. The style of painting in the film serves as a clear emotional guidance. The regional world view setting becomes a metaphor and slowly enters the plot, which becomes the basis for the story in the film. The film Magic Atlas and the Experimental Space project develop alternately, supporting each other and forming an intertextual relationship. The story that occurs in the Experimental Space project will always influence and inspire the story of the film Magic Atlas, and the film production process will always affect the changes and development of the Experimental Space project. In this way, the boundary between the film and the real space is blurred. Is the film depicting reality? Or is reality itself a part of the film?

Sign up to be among the first to know when new exhibitions by Sun Xun or at ShanghART open.