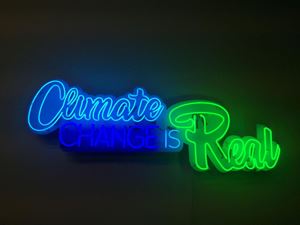 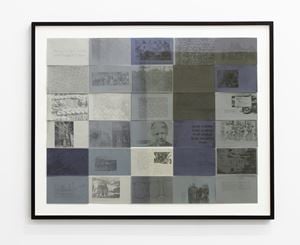 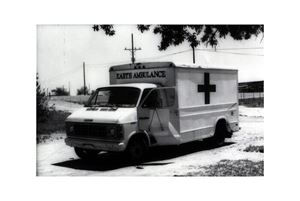 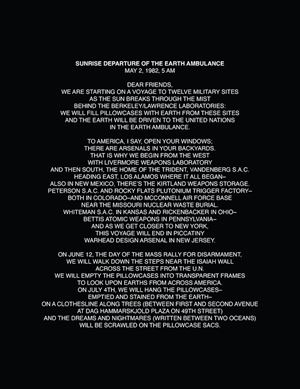 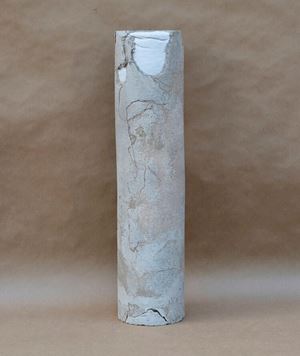 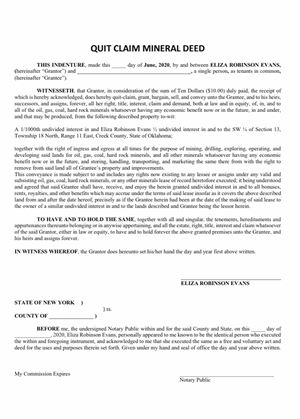 Eliza EvansAll the Way to Hell (fragment of the installation during the work), 2020Mixed media and mineral deed
Thomas Erben Gallery Contact Gallery 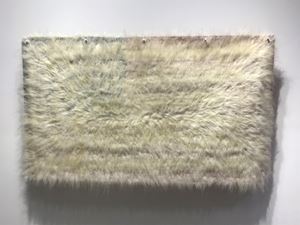 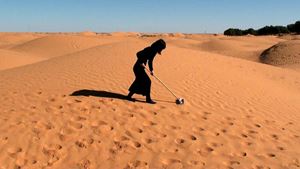 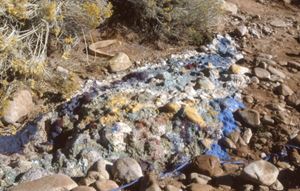 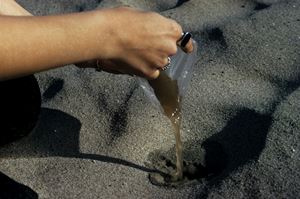 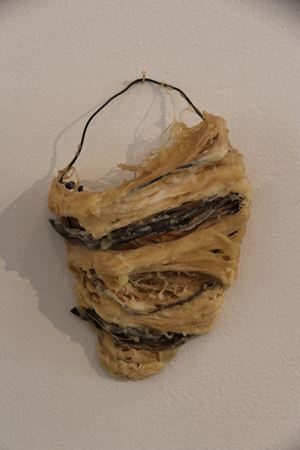 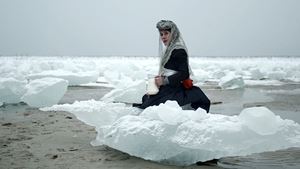 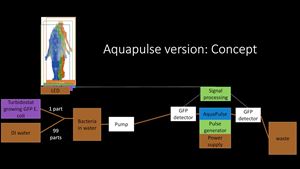 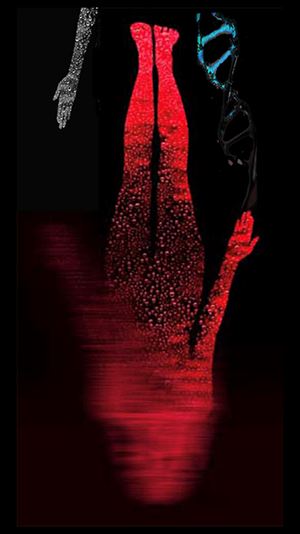 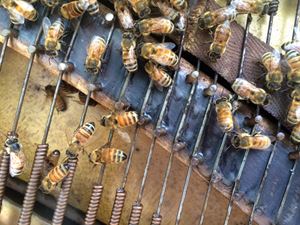 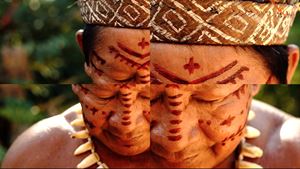 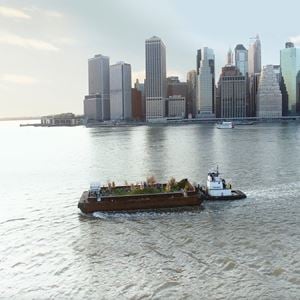 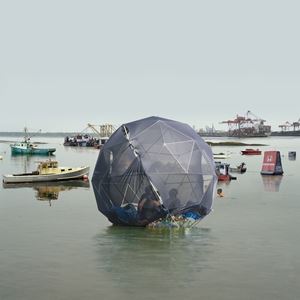 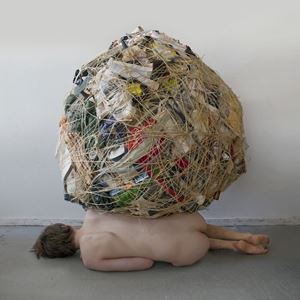 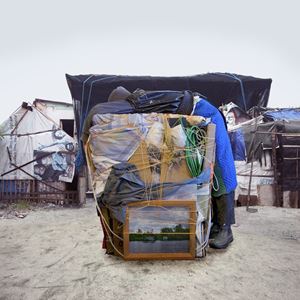 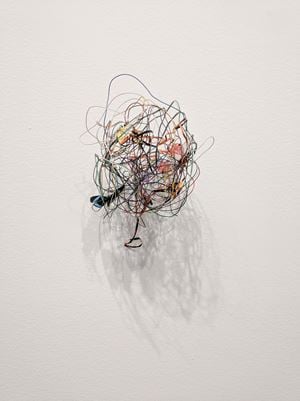 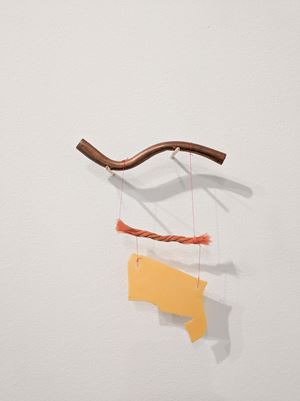 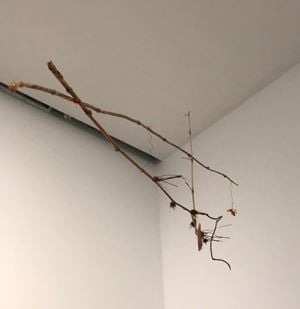 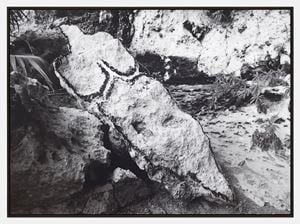 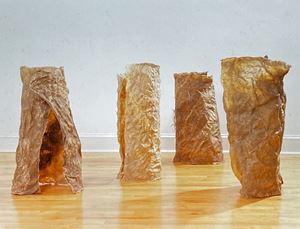 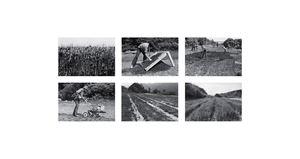 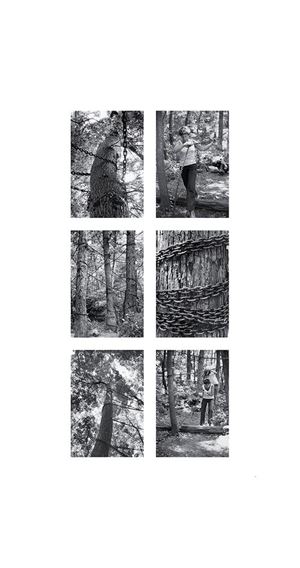 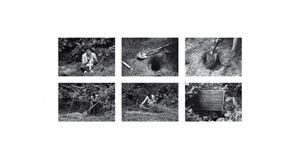 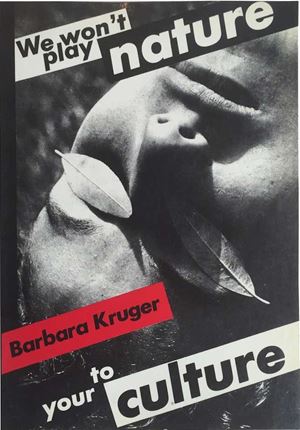 Thomas Erben Gallery is thrilled to present the exhibition ecofeminism(s) curated by Monika Fabijanska. The exhibition will take place in the physical space of the gallery but no public opening is planned due to COVID-19 regulations. It will be open to the public from June 17. However, if it needs to be postponed due to state and city orders, we will send an update. We are inviting you for a press day to view the exhibition on June 16, noon to 6pm, when the curator and some artists will be present to answer questions, with social distancing rules observed. The exhibition will be accompanied by a curator's essay and public programming online, including artist talks and a gallery walk through.

ecofeminism(s) explores the legacy of some of the pioneers of ecofeminist art: Helène Aylon, Betsy Damon, Agnes Denes, Bilge Friedlaender, Ana Mendieta, Aviva Rahmani, and Cecilia Vicuña, and how their ideas and strategies are continued, developed or opposed by the young generation–Andrea Bowers, Eliza Evans, Sonya Kelliher-Combs, Carla Maldonado, Mary Mattingly, Jessica Segall, and Hanae Utamura. It also features the ecofeminist works of Lynn Hershman Leeson and Barbara Kruger, who escape these categories.

The historical perspective gained over the last fifty years reveals how revolutionary the work of pioneer feminist artists was, and how relevant it remains, whether for women's rights or the development of social practice. The most remarkable, however, is their voice regarding humanity's relationship to nature. The foundation of ecofeminism is spiritual feminism, which insists that everything is connected–that nature does not discriminate between soul and matter. Their recognition that Western patriarchal philosophy and religions have served to exploit both women and nature is particularly resonant in the era of the #MeToo Movement and Climate Change. But if the ecofeminist art of the 1970s and 1980s was largely defined by Goddess art, ritual performance, anti-nuclear work, and ecological land art–the curator poses the question–what makes female environmental artists, working today, ecofeminists?

Since the 1970s, ecofeminism evolved from gender essentialism to understanding gender as a social construct–to gender performativity. But today's feminists still address the degradation of the environment by creating diverse responses to patriarchal power structure, capitalism, and the notion of progress. They invoke indigenous traditions in maintaining connection to nature and intensify the critique of colonialist politics of overextraction, water privatisation, and the destruction of native peoples. They continue to employ social practice and activism, but focus on denouncing global corporate strategies and designing futuristic proposals for life on earth.

Ecofeminist art emerged in the late 1960s when the development of conceptual art, spiritual feminism, and the exclusion of women from the art market pushed their inventiveness far beyond the limitations of painting and classical art gallery presentation, and led to creating new mediums, driving art into new territories. In consequence, ecofeminism is one of the richest hidden caches of contemporary art. It is art that delights the eye, provokes the mind, and can inspire change. It also restores art's function to what it was before the Enlightenment, when both science and art were tools to understand the world and propose solutions.

ecofeminism(s) presents many early gems of ecofeminist art, some of which have not been shown in decades, including Cedar Forest (1989), handmade paper sculptures by minimalist feminist artist Bilge Friedlaender (1934–2000), which comment on the myth of Gilgamesh cutting the sacred cedar forest; The Earth Ambulance (1982) by one of the most original ecofeminist artists, pro-peace and anti-nuclear activist, Helène Aylon (1931–2020), which carried earth 'rescued' from military nuclear bases across the country; Physical Education (1973) by Aviva Rahmani (b. 1945) from her earliest, experimental body of work created as part of the early California performance scene; and The Memory of Clean Water (1985), a breakthrough work for Betsy Damon (b. 1940), where she cast a dry riverbed.

The show also presents the latest ecofeminist artworks that are literally being made now. In the project created especially for this exhibition, Eliza Evans offers the mineral rights to 3 acres of her land in Oklahoma for sale to 1,000 people, in order to prevent fossil fuel development in the area. ecofeminism(s) also features diagrams for the newest project of Lynn Hershman Leeson (b. 1941), to premiere at her exhibition at the New Museum in 2021. Twisted Gravity engages with the latest in applied science–a revolutionary off-the-grid water filter able to kill bacteria and degrade plastic. In this new work, the idea of survival through change meets the feminist interest in change as a life cycle.

About the Curator: Monika Fabijanska is an art historian and curator who specialises in women's and feminist art. Her critically acclaimed exhibition, The Un-Heroic Act: Representations of Rape in Women's Contemporary Art in the U.S. at Shiva Gallery, John Jay College of Criminal Justice, CUNY (with catalogue) was ranked the fifth best NYC art show in 2018 by Hyperallergic. Fabijanska initiated the idea and provided curatorial consulting for The Museum of Modern Art acquisition and retrospective exhibition of Polish feminist sculptor Alina Szapocznikow (2012).

Sign up to be notified when new artworks and exhibitions at Thomas Erben Gallery are added to Ocula.