Huxley-Parlour Gallery are pleased to present an exhibition of works by acclaimed Royal Academician, Basil Beattie. Dating from 1989 through to 2004, the works in the forthcoming exhibition chart the development of Beattie’s work throughout the 1990s.

The exhibition will include six large-scale paintings, that testify to Beattie’s skill as a mark-maker, and to his painterly ambition and expressive energy. Beattie is undoubtedly one of the most significant and singular abstract artists to emerge in post-war Britain, known for his monumental compositions, the physicality of his paint and gestural use of symbols and signs. Influenced by Abstract Expressionism, Beattie brought the grandeur and scale of the New York School to London. 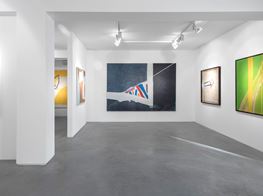 Huxley-Parlour Gallery is a leading photographic gallery based in London, although it has recently begun to expand its programme to encompass a broader range of visual art. Formerly Beetles+Huxley, until co-founder Giles Huxley-Parlour became sole 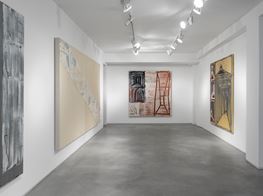 Huxley-Parlour Gallery are pleased to present an exhibition of works by acclaimed Royal Academician, Basil Beattie. The exhibition will include six large-scale paintings that testify to Beattie’s skill as a mark-maker, and to his painterly ambition