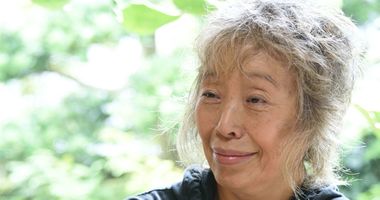 Working since the 1970s, Japanese photographer Miyako Ishiuchi has captured subjects from the streets of Yokosuka to clothes belonging to people both known and unknown in an intense exploration of the human body, its physical and psychological trauma, and its second skin—or clothing.

Life in Yokosuka and Tokyo

Born in Gunma, Miyako Ishiuchi moved to Yokosuka with her family at the age of six. Yokosuka, then the seat of the largest American military base in Japan, was a place of both resentment and fascination for young Ishiuchi, who has described American soldiers' violence against local women as commonplace and accepted as normal.

Ishiuchi left Yokosuka for Tokyo in 1966, enrolling at Tama Art University to study weaving. In the mid-1970s, a friend introduced her to photography, which Ishiuchi pursued to develop her early black-and-white, grainy style that has drawn parallels with the are-bure-boke aesthetic of renowned Japanese street photographer Daido Moriyama. The transition from weaving to photography was easy for Ishiuchi, as she said in a 2019 interview with AWARE, because the process of developing film with chemicals was similar to dyeing fabric.

Ishiuchi was also actively involved in a series of social movements. As a student, she participated in demonstrations advocating for university reforms and resistance against American influence, while protesting the lack of support and recognition for women. In 1976, she organised Hyakka Ryoran, a group exhibition of ten young women photographers at Yokohama's Shimizu Gallery. Though largely ignored at the time, Hyakka Ryoran has been increasingly acknowledged as an important moment in the history of women's rights movement in Japan.

Miyako Ishiuchi returned to Yokosuka in 1976 to address the lingering effects of American presence in the area as its American population declined. Unlike the work of an older generation of Japanese photographers, such as Moriyama and Shomei Tomatsu, who focused on Japan's American military bases, Ishiuchi adopted a more intimate approach of exploring her childhood neighbourhoods around the base. Three series of photographs depicting Yokosuka were later published as the books Apartment (1978), Yokosuka Story (1979), and Endless Night (1981).

In the mid-1980s, Miyako Ishiuchi was increasingly concerned with the human body and the traces it leaves behind on fabric and other personal items. The 1∙9∙4∙7 project (1987–1990) saw the artist photograph the hands and feet of women who were also born in 1947, investigating ways of containing time in images. Similarly, Ishiuchi's 'Scar' series (1991–2017) depicted anonymous scars left by injury, accident, illness, or war.

The two bodies of works led to 'Mother's' (2000–2005), which revolves around her mother's belongings. Before this point, Ishiuchi had begun to photograph her mother's scars and ageing body, but when she died unexpectedly, the artist found that she could find traces of her mother through used objects such as a hairbrush, slippers, lipsticks, and shoes. In 2005, 'Mother's' was presented in the Japanese Pavilion at the 51st Venice Biennale.

Miyako Ishiuchi continues to reimagine the memories and stories of wearers through their clothing. For 'ひろしま / hiroshima', ongoing since 2007, she visits the Hiroshima Peace Memorial Museum each year to photograph clothing that once belonged to those who perished in the atomic bombing of Hiroshima. In 2012, Ishiuchi was commissioned by Mexico City's Museo Frida Kahlo to capture the painter's newly discovered personal items. Through works fuelled by her 'own personal concerns', as she told Ocula Magazine in 2021, Ishiuchi attempts to 'grasp at the threads of memory that exist within the present'.

In 2014, Ishiuchi Miyako was awarded the Hasselblad Foundation International Award in Photography.

Related Press A Photographer Who Exposed the Scars and Traumas of Postwar Japan 22 January 2016, Hyperallergic

LOS ANGELES — The story of Yokosuka, as told by photographer Ishiuchi Miyako, takes place in lonely, foreboding streets, where the miracle of Japan's postwar economy seems to not have shaken off the g

Sign up to be notified when new artworks and exhibitions by Ishiuchi Miyako are added to Ocula.
Sign Up Login