Kazuo Shiraga initially studied nihonga in Kyoto but was discontent with its traditional style and materials. He began experimenting with painting using his fingers, and found he preferred the thick tube-based oil paints to the thin ink-based paint of his studies. In 1952 he co-founded the Zero Society (Zero-kai) with Saburō Murakami and Akira Kanayama. Soon after that he joined Gutai Art Association. Gutai emerged out of a Japan torn apart by the atomic bombing of Hiroshima and Nagasaki, the loss of World War II and the American occupation of Japan. Postwar Japan was facing an identity crisis—a struggle between tradition and modernity that was reflected and expressed in the art of Gutai. The artists of Gutai were in the throes of an unimaginably new era. Jiro Yoshihara, a leader of the group, reacted by telling the group to 'make something that has never existed'.

In his art, Shiraga reflected the emerging new sense of the relationship between body and earth, or an artist and his materials. In works such as Challenging Mud (1955) he wrestled with a mud mixture, in doing so forming it into sculptural and painterly shapes. While Yoshihara saw physical remnants of a performance as residue, Shiraga valued each part equally. Shiraga knew of Jackson Pollock and Abstract Expressionism, but sought something beyond what Abstract Expressionism could provide.

Shiraga is perhaps best known for the foot paintings that he began creating from the 1950s. To make these paintings, he would flick or shovel oil paint from a bucket onto large sheets of paper or canvas that were placed on the floor. He would then move the paint around with his feet while holding onto a rope on the ceiling. Shiraga's method was initially a logical solution to the problem of working with a large canvas on the floor (to avoid dripping) and being unable to reach the very middle. To reach this unreachable centre, Shiraga decided he must 'get inside the canvas.' In this collaborative relationship with his medium, Shiraga created a range of strikingly textured large-scale paintings.

The process of Shiraga's paintings was initially performed to an audience (from around 1957), but eventually became a private aspect of the creation. Shiraga's performances were pre-Happening-era Happenings. Allan Kaprow himself, the father of the Happening, acknowledges the debt of his Happenings to the Gutai performances he had seen in New York.

In 1971 Shiraga entered the Buddhist priesthood of the Enryaku-ji Monastery of Mount Hiei, where he continued to paint under his monk name (Sodo) until his death in 2008. Shiraga enjoyed much acclaim in Japan and Europe over the course of his life, but it was not until after his death that his work flourished in the USA. This oversight was rectified with exhibitions such as Destroy the Picture: Painting the Void, 1949-1962, The Museum of Contemporary Art, Los Angeles (2012-13); Tokyo 1955-1970: A New Avant-Garde, The Museum of Modern Art, New York (2012-13); and Gutai: Splendid Playground, Solomon R. Guggenheim Museum, New York (2013). 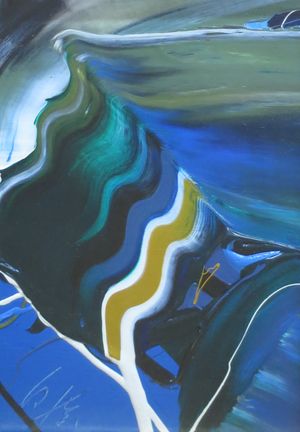 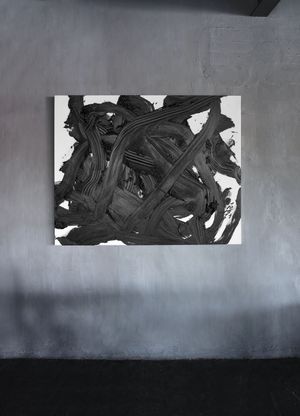 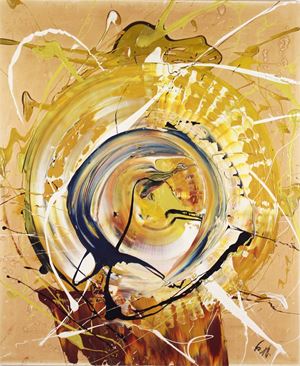 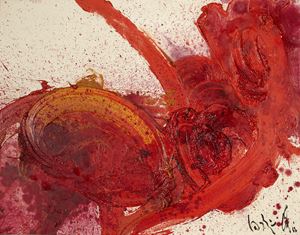 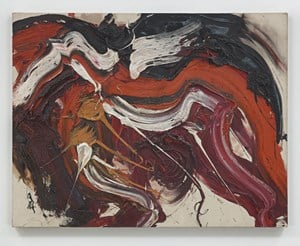 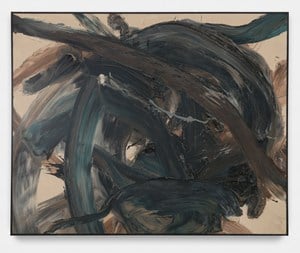 Axel Vervoordt has just returned from a morning ride on his prize stallion Raio, whose giant portrait by Belgian artist Michaël Borremans hangs in the hallway of his medieval castle. It has been a par

Now in its 22nd year, The Armory Show has more than proved its indomitable status in the New York and international art scene. A study by economist Clare McAndrew recorded total sales of USD200 million over the fair’s five-day run last year, and the 65,000-strong footfall made it the second most-attended fair in the world after Art Basel...

Sign up to be notified when new artworks and exhibitions by Kazuo Shiraga are added to Ocula.
Sign UpLogin