South Korean artist Suh Se Ok (서세옥) makes large-scale, experimental, black ink paintings that often depict the human form. Born into a family of scholars in 1929 in Daegu, Suh graduated with a BFA from the Oriental Painting department of Seoul National University in 1950. He has since played an important role in the modernisation of traditional ink painting in Korea, primarily through his reinterpretation of popular visual conventions.

An accomplished calligraphist (as well as seal engraver, poet and philosopher), Suh began modifying classical calligraphy techniques in the 1950s. He experimented with the deconstruction of painting in works such as Line Variation (1959), in which he brushed ink in irregular vertical lines across the page; and in Point Variation (ca 1960), in which he haphazardly dabbed the paper with ink.

Suh's development of unconventional modes of ink painting intensified from 1959 onwards, when he founded the artist collective Mungnimhoe, or Ink Forest Society—a group of Korean artists who, like Suh, grew up under Japanese occupation and wanted to break free from the traditional Japanese nihonga painting style that was dominant at the time. Together, the group strived to develop new ways of mark-marking and to evolve the discipline of ink painting.

During the 1960s and 1970s, Suh was drawn to a more intuitive method of working, allowing the ink to spill or bleed across the paper and letting the fluid material—along with the negative space it produced—inform his compositions. This is seen in the painting Where Clouds Disperse (1977), in which ink spots line the edges of the paper and the centre remains untouched. In the decades that followed, Suh began to paint with more precise dashes, flicks and flecks, particularly when rendering the human body.

Represented either figuratively or abstractly, the humans in Suh's works are comprised of few brushstrokes in varying thicknesses, tones and lengths, applied using extended ink brushes on sheets of rice and mulberry paper. As part of his series 'People' (1960s–ongoing), Suh painted bodies as highly stylised stick figures, reduced to nothing more than black forms and devoid of any discernable features. Such figures are in turn stacked up like towers (People, 1995), joyously jumping side by side (Dancing People, 1995), standing uniformly in a line (Dancing People, ca 2000) or holding hands (Two People, 1995).

Suh has also reduced the human form so it appears as stand-alone abstract shapes such as triangles in People (2000) or diamonds in Dancing People (1998), or as components of a larger, repetitive pattern such as a bird's-eye view of a crowd. At other times, the body is repeated as zig-zagged lines reaching across the page in People (1986), or as parts of a wire fence, torsos twisted and limbs outstretched, in Dancing People (ca 2000).

While Suh's work may appear deceptively simple and even stark—the painting Person (1997) features fewer than ten brushstrokes—his paintings belie the highly disciplined practice of an artist who, using his penchant for poetry, creates layered and meditative images that reveal more of their complexity with each viewing.

Suh has participated in numerous solo and group exhibition around the world as well as in international biennials such as the 1963 Bienal de São Paulo, and has work held in numerous public and private collections, including the British Museum, London, and the Fukuoka Art Museum. Selected group exhibitions include the Leeum 10th Anniversary Exhibition: Beyond and Between, Leeum, Samsung Museum of Art, Seoul (2014); and College of Fine Arts Archives: Oriental Painting, Museum of Art, Seoul National University (2015).

For his continued contribution to Korean contemporary art, Suh was awarded the Order of Civil Merit in 1993 and the Order of Cultural Merit—a silver medal from the Korean government—in 2012. He is the father of artist Do-ho Suh.

Suh lives and works in Seoul. 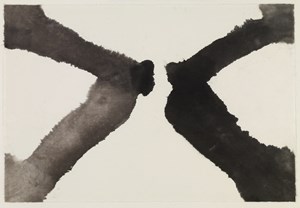 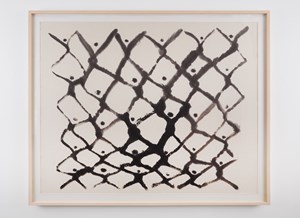 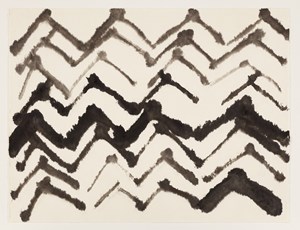 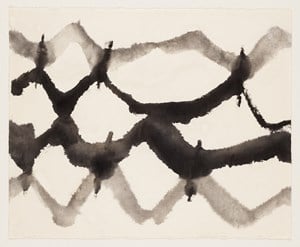 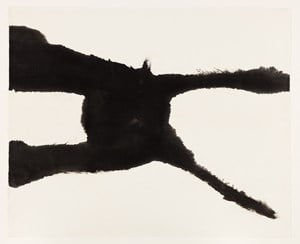 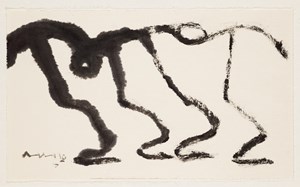 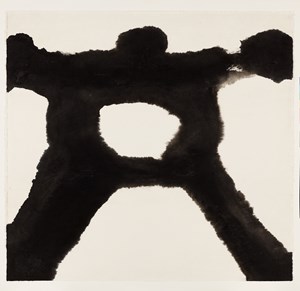 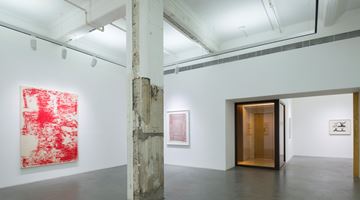 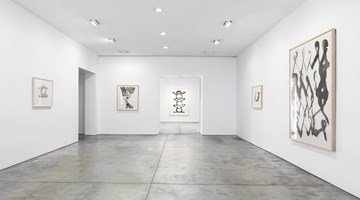 Sign up to be notified when new artworks and exhibitions by Suh Se Ok are added to Ocula.
Sign Up
}