The biennial Gold Art Prize will be awarded to five artists, each of whom will receive U.S. $25,000, mentorship, and exposure through a mini documentary series and the publication of a catalogue.

'Our goal is to celebrate this next generation of AAPI and Asian diaspora artists on a broad scale to create meaningful opportunities for recognition, invite critical study, and build a more inclusive canon,' Huang said.

Asians make up about seven percent of the U.S. population, but less than two percent of museum trustees identify as Asian, according to the American Alliance of Museums.

'We are especially proud that the award is being given by leading curators, creatives, and changemakers coming together to ensure we won't be overlooked again,' Huang said. 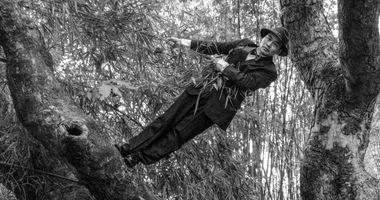 The winners of the prize will be chosen by a separate selection committee, comprising a mixture of arts professionals and creative practitioners such as fashion designer Phillip Lim, author Cathy Park Hong, and Top Chef host Padma Lakshmi. Winners will be announced in December.

The Sovereign Art Foundation, which awards its own prestigious prize to Asian artists, also announced a new prize this week in collaboration with the Norval Foundation. The Norval Sovereign African Art Prize will award 500,000 South African Rand (U.S. $34,000) to an artist from Africa and the African Diaspora. The winner will be announced in February 2022.

The full list of nominees for the Gold Art Prize, as well as members of the nomination and selection committees, follows below. —[O]