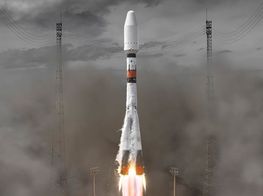 The infrared telescope has just reached its orbit behind the moon, 1.5 million kilometres from Denver, where Najjar photographed its mirrors in 2012.

Artist Michael Najjar contemplated shooting the launch of the James Webb Space Telescope (JWST) when it was flung into space aboard an Ariane 5 rocket late last year, but the timing didn't work out.

'It was on Christmas Day. That was a no-go with the family,' he told Ocula Magazine.

Besides, Najjar has already seen the telescope up close. In 2012, a contact at NASA helped him line up a shoot at Ball Aerospace in Colorado, where the telescope's gold-plated beryllium mirrors were manufactured, as part of his series 'outer space' (since 2011).

'It was the most complex clean room entry I've ever had,' Najjar said. 'It took me three hours to prepare to enter the room. They treat you with a vacuum cleaner to avoid even a single piece of dust coming near the James Webb.'

After years of delays and ballooning costs, the US $9.7 billion infrared telescope arrived in position behind the moon at 2pm Eastern Time on Monday 24 January. It will capture its first images from the middle of this year.

'The goal of this telescope is to find the very first light that the universe created, about 300,000 to 400,000 years after the Big Bang,' Najjar said. 'To see infrared light, you need very cold hardware. That's the reason it's in orbit in the moon's shadow.'

Fascinated by cutting-edge technology, Najjar has photographed the Large Hadron Collider at CERN, used a sound-activated camera to capture the launch of a 300 tonne Soyuz rocket, and persuaded Russian officials to let him undertake cosmonaut training, which included taking his camera into the stratosphere in a MiG-29 jet fighter.

'A very important and time-consuming part of my process is convincing people to give me access to places that are not usually available to the public,' Najjar said.

Najjar's cosmonaut training was in service of his ambition to be the first artist in space. With the help of collectors, he bought a ticket for a Virgin Galactic flight, which he hopes to take in Q3 this year, after completing further fitness and centrifuge training.

'If you've never experienced extreme Gs you wouldn't have a lot of fun in that spaceship – it's too challenging,' Najjar said. 'Virgin Galactic is not computer-controlled like Space X or Blue Origin. Re-entry into the atmosphere and landing is all manual. They have the best pilots in the world, and that makes it so interesting, but it's a rough ride.'

In his most recent series, 'cool earth', Najjar shifts his focus from outer space to climate change here on Earth. Knowing that past eruptions have thrown enough sulphur dioxide into the sky to cool the planet by as much as one degree centigrade, he recently shot the Fagradalsfjall volcano in Iceland from just 80 metres away, checking satellite photos to ensure lava flows wouldn't cut off his escape.

Scientists have proposed injecting aerosols into the stratosphere, mimicking volcanoes, as a kind of solar radiation management. That's a risky strategy—it's difficult to predict the side effects of the technology—but Najjar believes some form of geo-engineering will be necessary to combat climate change.

'Technology is needed to buy time because politically there's been too much inaction,' he argues. 'Cutting emissions only won't be sufficient.'

The urgency of slowing climate change is often used as an argument against space exploration, which costs astronomical sums and emits considerable amounts of greenhouse gases. Najjar, though, is optimistic about the benefits of, for instance, Elon Musk's effort to colonise Mars.

'Mars is all about getting by with fewer resources: solar energy, the limited water we can extract from the ice to create fuel, create oxygen, and so on,' he said. 'We will probably develop a lot of new technologies we will need on this planet in the coming decades.'

Najjar's exhibition of 'cool earth' opens at Galeria Juan Silio, Madrid from 4 June to 30 July. Works from the series will also show at Frieze Seoul in September before a second exhibition at BANK, Shanghai in November. —[O]

Spirito sees similarities between the milestone and the pandemic. Both are a chance to reflect on how art is made and shown.

Grosser has spent much of the past decade developing guerrilla strategies for slaying social media monsters.