Art collector Hallam Chow has donated 17 works to Hong Kong's M+, the museum announced this week. The works were all created by Asian artists from the 1990s to the 2010s, a focus of Chow's collecting.

One of the standout pieces is Space Shit (1998), a 2.3 metre x 3.3 metre oil and gesso on panel painting by Japanese artist Makoto Aida that depicts a lengthy piece of excrement floating through outer space.

'I have a habit of placing human beings in a thought experiment that represents an extreme situation,' Aida told Ocula Magazine in 2015. This habit is evidenced in other works such as Harakiri School Girls (2002), which uses a manga-esque style to depict high school students engaged in suicide by disembowelment.

Another risqué piece in the donation is Libido-Electricity Conversion Machine 'EROKITEL' Third and Practical Model 'KIBOU' (2011) by the Japanese collective Chim↑Pom. The machine, designed to convert male sexual energy into electricity, was created to critique Japan's reliance on nuclear energy following the Fukushima Daiichi disaster.

'With its solid footing in Asia and its global perspective, M+ is in the strongest position to research, exhibit, and promote Asian artists in ways that transcend national and geographical boundaries,' said Chow, who is a partner at law firm Mayer Brown LLP and chairman of the M+ International Council for Visual Art.

'Hallam's unique vision, impressive knowledge, and insights into Asian art, and the ongoing dialogues he has with the artists he collects, add an invaluable layer of meaning to this group of works,' said Pauline J. Yao, the lead curator at M+.

Prior to this announcement, Chow had donated 25 works to M+. Donations have been instrumental to building M+'s collection with Uli Sigg gifting 1,463 works by Chinese contemporary artists valued at HK $1.3 billion (US $163 million) in 2012. —[O] 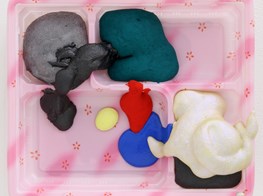 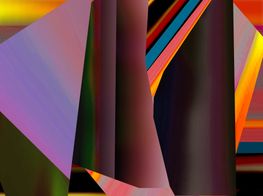 In the multidisciplinary works of Liu Wei, dog toys, books and industrial doors are just a few of his inspirations. His refusal to commit to a specific medium has led him to work in a range of media, including painting, sculpture, photography, Liang Yuanwei was born in 1977. She graduated from the China Central Academy of Fine Art, where received her BA and MA degrees. She currently lives and works in Beijing. As one of the most important emerging artists of the generation, Liang has