Filmmakers Soojin Chang and Michael. were awarded £25,000 each to develop ambitious works that would take their practices to new heights.

Enthralling video works by Soojin Chang and Michael. (aka Michael McLeod) will debut at Jerwood Space in London from 7 May to 23 July.

The artists were commissioned by the Jerwood/FVU Awards, which are organised by Jerwood Arts and the Arts Council-supported Film and Video Umbrella (FVU) to make boundary-pushing works.

California-born Korean artist Soojin Chang will present her work BXBY (2022), a year long performance and semi-fictional documentary. It follows the artist as a hybrid shape-shifter (parts animal, woman, and alien) attempting to learn how to reproduce. The video uses costumes reminiscent of artist Matthew Barney and fashion designer Beate Karlsson to affirm queer and interspecies kinship in the wake of colonial science.

Artist and community worker Michael. explores themes of difference and inclusion from a different angle in the moving-image triptych cleave to the BLACK (2022). Made in dialogue with a group of Black men from across London, the work is a poetic exploration of the Black male experience.

Steven Bode, the Director of FVU, described the commissions by Chang and Michael. as 'works that are powerfully of the moment, and which draw upon the past to urge us to think ahead and imagine a different future.'

Now in its 10th Year, the Jerwood/FVU Awards support emerging moving-image artists with a £25,000 commission to develop ambitious new artworks at a significant moment in their careers.

Leeds Art Gallery in Yorkshire was announced the new institutional partner for the awards this year. A second presentation of Chang and Michael.'s works will take place at the gallery this autumn.

This year's awardees were selected by a panel of art experts that includes visual artists Rehana Zaman and Hetain Patel.

The 2020 recipients of the Jerwood/FVU Awards, Guy Oliver and Reman Sadani, were commissioned to make works on the theme of Hindsight. Other past recipients include Tate Britain Bursary winner Imran Perretta, Grand Prix Winner of Hyundai's 2021 VH Award Lawrence Lek, and Marianna Simnett who is featured in the Venice Biennale's international exhibition The Milk of Dreams. —[O] 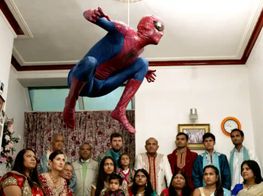 Conceptual artist Hetain Patel emigrated from India to the United Kingdom in the 1960s and has since employed a variety of media including sculpture, photography, performance, and installation to challenge traditional notions of cultural 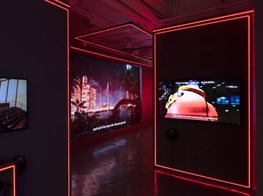 Born in 1982 in Frankfurt am Main, Lawrence Lek is a simulation artist based in London whose digital environments, installations and performances invite viewers to consider the impact of technology on reality. These environments—which are 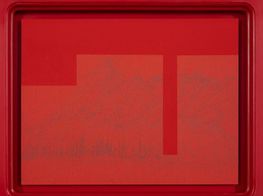 Matthew Barney is an influential sculptor, drawer, photographer, installation and performance artist, and filmmaker of international renown. Barney's feature-length movies and innovative performances and sculptural installations, which examine the