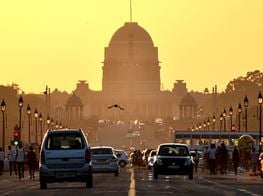 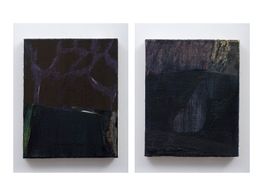 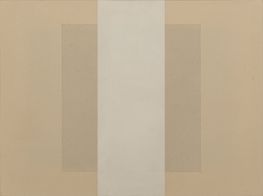 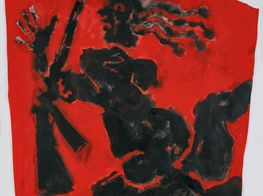 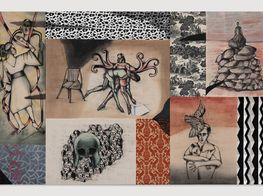 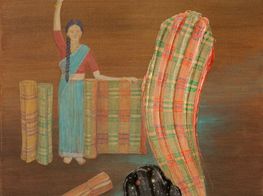 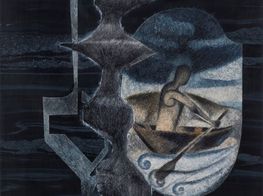 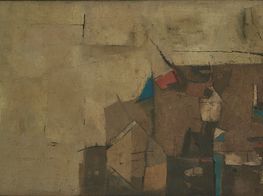 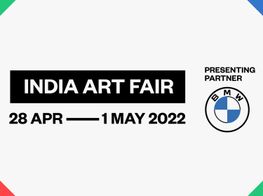 Founded in New Delhi in 1987 by Arun Vadehra, Vadehra Art Gallery has long been a supporter of modern pioneers such as Ram Kumar, Tyeb Mehta, S.H. Raza, and M.F. Husain.

In 2004, Arun Vadehra's daughter Roshini joined her father in the gallery, opening up a second space to widen its contemporary art programme, continuing to highlight both established and emerging practices.

About the three female artists, she explains, 'Biraaj is based in Mumbai, and does beautiful, dark abstract paintings. Shrimanti's work is all about the narrative with spectacularly detailed figurative painting, and Jasmine who recently won the Futures Award by Asia Society does intimate, yet compelling drawings and animations of Sri Lankan landscapes drawing from her personal experiences as a refugee in her own country.'

Outside of her work with the gallery, Vadehra is an avid collector of art. Among her most cherished pieces, she mentions a watercolour by Anju Dodiya titled Hug (2004), which was the first artwork she ever bought. 'The other work which I am incredibly proud of owning is Sudhir Patwardhan's Another Day in the Old City (2017). It hangs in my living room, and is probably one of the most prominent works in my collection.'

In the lead-up to India Art Fair, which opens on 28 April in New Delhi, Vadehra shares some highlights, including NS Harsha's first ever exhibition in the city at Vadehra Art Gallery, as well as an exhibition of important paper works by the late Manjit Bawa.

Elsewhere in the city, she points to 'the extremely poetic exhibition of Atul Dodiya's poignant lockdown works at the Kiran Nadar Museum of Art, as well as an exhibition being hosted by the museum to celebrate S.H. Raza's centenary, which will open during the art fair.'

Reflecting on the development of India's art scene over the last two decades, Vadehra explains that an increase in private patronage as well as the establishment of more art foundations has led to more engagement by collectors.

Among her own initiatives was The Foundation for Indian Contemporary Art, established in 2007, three years after she joined Vadehra Art Gallery, as a means of institutionalising the support for Indian artists that had been catalysed by the gallery, under her father's leadership.

'The market has gone from strength to strength with prices rising both steadily and exponentially across generations and mediums. There are significantly more galleries, and there has also been a remarkable rise in the number of collectors, and the seriousness with which some of these collectors are engaging and expanding their collections.'

Below is a selection of Vadehra's favourite artworks on view on Ocula.