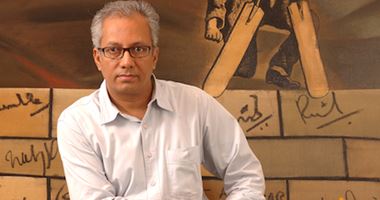 Atul began exhibiting and selling his work in the early 1980s following his graduation from Sir J. J. School of Art in Mumbai where he received a Bachelor of Fine Arts degree. He furthered his academic training at the École des Beaux-Arts in Paris from 1991 to 1992 subsequent to a scholarship awarded by the French Government.

Atul has had several solo shows in India and exhibited in Reflections and Images at Vadehra Art Gallery, New Delhi and Mumbai, 1993 and Trends and Images at CIMA, Calcutta, 1993. Outside India, he has exhibited at Gallery Apunto, Amsterdam in 1993, participated in The Richness of the Spirit, Kuwait and Rome in 1986-89, India - Contemporary Art World Trade Center, Amsterdam 1989, Exposition Collective Cite Intemationale Des Arts, Paris 1992. He was given the Sanskriti Award, New Delhi in 1995.

Atul is married to fellow painter Anju Dodiya and lives and works in Mumbai.

One thing that is very important to me relates to the concept of sharing. I want my work to be shared with all sorts of people. Exhibiting is not just about selling work. It is essentially about sharing work.

Kochi Biennale Foundation proudly announces Sudarshan Shetty as the artistic director and curator of the third edition of Kochi-Muziris Biennale. The official announcement was made at the capital city of Kerala, Thiruvananthapuram. Shetty was unanimously chosen by an Artistic Advisory Committee, appointed by the Kochi Biennale Foundation...

In 1997, Jane Farver, the farsighted and much-loved American curator who died in April in Venice, put together an influential exhibition called “ Out of India: Contemporary Art of the South Asian Diaspora ” at the Queens Museum. It was one of the few surveys of its kind in the United States up to that time, and Ms. Farver was...

Art from the Subcontinent has gained popularity in the past decade, with prices for contemporary artists reaching millions of US dollars at auction. Although the most expensive and popular artists in India are still modernist masters, such as Gaitonde, Souza and Mehta, younger generations of artists are proving to be much more sought after on the...

Sign up to be notified when new artworks and exhibitions by Atul Dodiya are added to Ocula.
Sign Up Login