Emilio Scanavino was one of the protagonists of Italy's art scene back in the Fifties. The traits of his paintings and especially his highly personal style, both provide a link to and distinguish themselves from the informal style, of which he was an internationally renowned exponent. Repeatedly present at the Venice Biennale (1950-1954-1958), he was invited with a personal room in 1960 and won the Pinin Farina Award in 1966. He exhibited in all of the leading Italian galleries and held personal shows abroad in London, Paris, Brussels, Copenhagen, Hamburg, Malmo, Philadelphia, etc. Between 1973 and 1974 three important anthologies were prepared for him at the Darmstadt Kunsthalle, Palazzo Grassi in Venice, and Palazzo Reale in Milan.​Major critics have written about his work, including monographic volumes by Jaguer, Ballo, Jouffroy, Crispolti, Sanesi, Russoli, and G. M. Accame. After his death, the city of Genoa dedicated an important anthology to him in 1987, at the Villa Croce Museum of Contemporary Art. A show was held in 1988 at Castle Doria in Porto Venere on his work from the Seventies, and at the Civic Gallery of Modena in early 1990 on his work from 1954 to 1962. 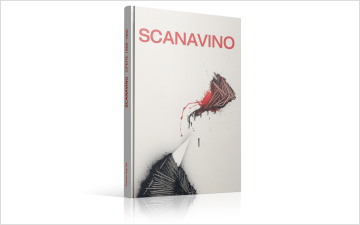