Thomas Houseago studied art at London’s Central St Martin’s college in the early 1990s before moving to Amsterdam to study at de Ateliers. He later moved to Brussels, where he lived and worked for several years, and had his first solo show with Xavier Hufkens in 2001. Houseago creates monumental, often figurative sculptures that have a striking ability to simultaneous convey states of power and vulnerability. Using materials associated with classical and modernist sculpture (such as carved wood, clay, plaster and bronze), as well as less traditional materials (steel rods, concrete and hessian), Houseago creates sculptures that emphatically reveal the process of making. Typical of his work is the combination of elements rendered in flat portions of wood with others sculpted in the round, together with hand-drawn components that are, in a technical tour-de-force, cast and printed onto the works. Whilst Houseago’s oeuvre can be seen as a continuation of a historical sculptural tradition, the unusual combinations of materials, the inclusion of references drawn from popular culture and the unusual interplay between two and three-dimensional elements, all challenge the hierarchy inherent within visual forms, and the materials and values associated with them.

Thomas Houseago was born in Leeds, UK, in 1972. He lives and works in Los Angeles. 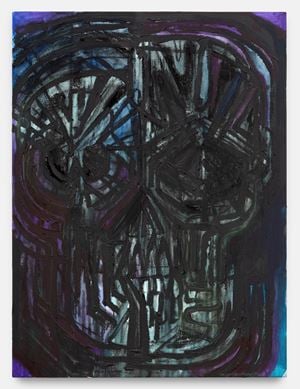 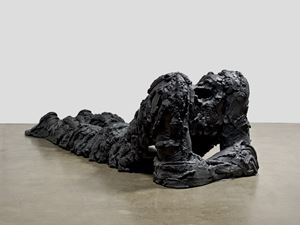 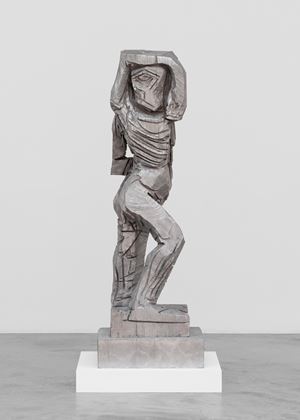 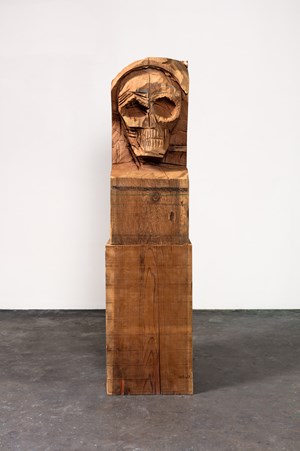 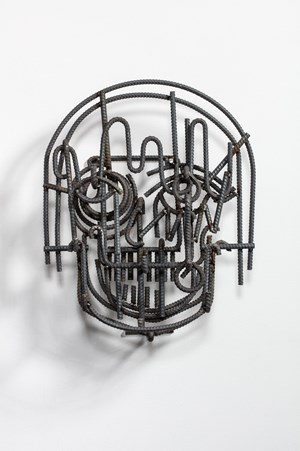 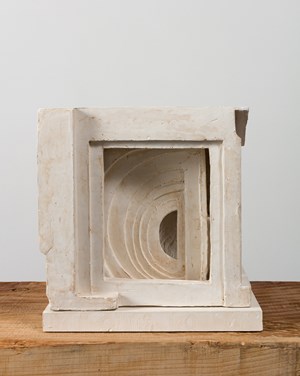 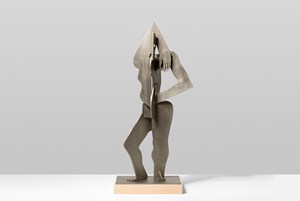 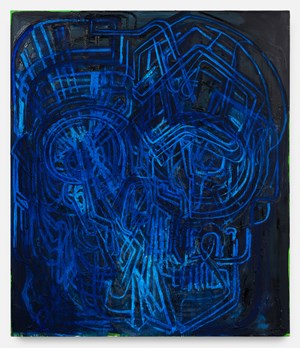 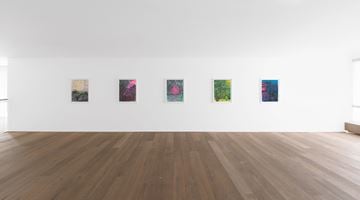 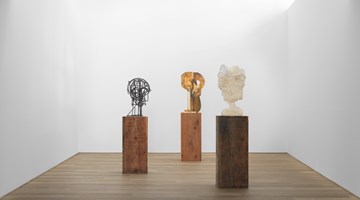 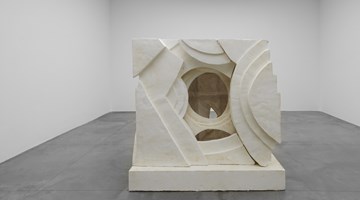 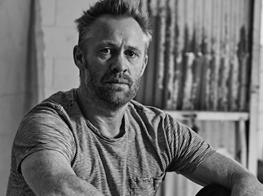 Thomas Houseago (b.1972), who was born in Leeds, England, but now lives and works in Los Angeles, is an artist of great energy known for his large scale sculpture. His work is often figurative, conveying both force and frailty through varied materials: carved wood, clay, bronze, steel rods, concrete, and hessian. This year he started showing... 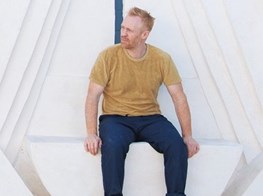 Thomas Houseago's drawing studio, in the Frogtown neighborhood of Los Angeles, is smartly outfitted with plywood bookshelves, comfortable couches, and a low table perennially laid out with a stainless steel carafe of hot water, a bamboo whisk, and an assortment of matcha tea bowls. It's a contemplative domestic scene set against an exhilarating... 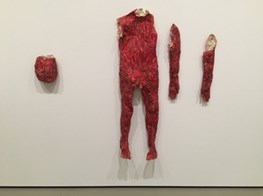 Creature, a thematic exhibition at The Broad, is one of those shows, like the recently opened Raymond Pettibon: A Pen of All Work at the New Museum in New York, whose meanings and context have been jolted, scrambled, and reloaded by the resistible rise of Donald J. Trump. As it so happens, Creature opened on November 5th, the Saturday...