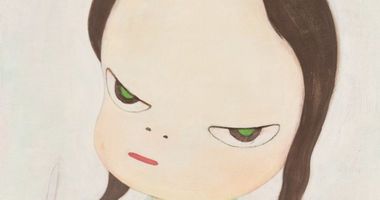 Gerhard Richter is an artist known for his diverse and innovative methods of painting that oscillate between realism and abstraction, and his use of photographic sources as the basis of his work.

After graduating in 1956 from the Dresden Art Academy, where he trained as a painter, Richter painted murals in the state-dictated Socialist Realist aesthetic. In 1959, he visited II. documenta in Kassel and was impressed by the artwork of the Argentine-Italian artist Lucio Fontana and American painter Jackson Pollock. Drawn to the possibility of artistic freedom outside East Germany, he defected to West Germany in 1961 and enrolled in the Kunstakadmie Düsseldorf. There, he met artists Sigmar Polke and Blinky Palermo and future art dealer Konrad Lueg (later Konrad Fischer), whose shared interest in Pop art led them to found Capitalist Realism in 1963—a critique of both Socialist Realism and capitalism.

Richter's paintings from the 1960s are figurative and based on photographic images, a procedure that would continue with his later works. The oil painting Table (1962), for example, began as a realistic portrayal of a white designer table, but the artist was so dissatisfied with the result that he covered most of it in bold brush marks. Uncle Rudi (1965)—one of his most famous works—is based on a full-length photograph of his uncle in Wehrmacht uniform. While representational, the black-and-white painting was rendered with a blurring effect that makes it difficult to see the image with certainty.

In 1962 Richter began building his vast archive of images. The archive includes photographs taken by him or gathered elsewhere of family members, landscapes, still lifes; newspaper cuttings; and sketches for his paintings. In the early 1970s, he started exhibiting his archival images as works of art in their own right under the title 'Atlas'.

Richter's interest in the tension between photography and painting, and between realism and abstraction led him to experiment with a range of methods. For the large-scale diptych Abstract Painting (726), for example, he dragged a squeegee over the surface of the paint to smear it. Underneath the overall grey, however, shades of red, white, and orange hint at the possibility of an original, representational image. Other methods include painting directly over pictures, such as Self Portrait Standing, Three Times, 17.3.1991 (1991), for which the artist applied increasingly more paint on six identical images of himself standing in his studio, so that by the sixth image the original picture is practically invisible.

Richter continues to test the threshold between the figurative and the abstract. For 'Birkenau' (2014), a four-part abstract series based on the photographs secretly taken by Jewish prisoners at the Auschwitz-Birkenau concentration camp in 1944, the artist made photographic renditions of the images and painted over them until they became unrecognisable.

The first auction of works from the highly-regarded collection brought in $676 million in November last year.

Among further highlights at Christie's auctions this week, we were watching works by Yoshitomo Nara, Gerhard Richter, and María Berrío.

Read More Advisory Pick Phillips Reports Sales of Over Half a Billion, Helped by Gerhard Richter

It's been a great year for auction house Phillips as they report sales of over half a billion U.S. dollars in the first half of 2021, an increase of 25 percent on 2019.

Read More
In Ocula Magazine View All (5) In Ocula Advisory

'To talk about painting is not only difficult but perhaps pointless, too,' says Gerhard Richter in Corrina Belz's 2012 documentary Gerhard Richter Painting. 'You can only express in words what words

With a major retrospective coming up at New York's Met Breuer next year (4 March-5 July), plus his Seascapes at the Guggenheim Bilbao (until 9 September), the German artist Gerhard Richter is having a

Be among the first to know when new artworks and exhibitions by Gerhard Richter are added to Ocula.
Sign Up Login