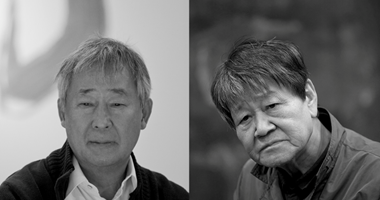 Lee Kang-So (b. 1943, Daegu, Korea) is a key figure in the history of Korean conceptual art. Lee mainly created performance-based works in the 1970s, however during the 1980s he shifted his focus to media including painting, pottery, and photography. He is best known for his abstract, near-monochromatic paintings.

It's been a long time since I abandoned the notion of creating a masterpiece. As I hover on the border between art and life, I make work that is meaningful even as it is meaningless.

Wooson Gallery, Daegu is presenting artist Lee Kang-So's works. Born in 1943 in Daegu, Korea, Lee Kang-So is one of the major artists in the history of Korean conceptual art. During the 1970s, Lee foc

The history of what in Europe and North America has been categorised in an art-historical context as performance art is one that continues to be revised and retold in East Asia. The body as a tool, la

Sign up to be notified when new artworks and exhibitions by Lee Kang-So are added to Ocula.
Sign Up Login