Japanese artist Yuichi Hirako works with painting, sculpture, and drawing to reconsider the coexistence and boundaries between plants, nature, and humans in modern society. The artist approaches this theme through the lens of Japanese folklore and landscape, as well as his experience in London as a student.

Born in Okayama, Japan, Yuichi Hirako moved to London to study Painting at the Wimbledon College of Arts, graduating in 2006. Today, the artist lives and works in Tokyo.

His years spent in London were crucial in defining the subject matter of his practice. Having grown up in a rural mountainous region in Southern Japan, London's urban green areas of roadside trees and enclosed parks prompted Hirako to reconsider the relationship between humans and their surroundings.

Yuichi's early works invoked the Shinto legend of kodoma—where spirits were believed to inhabit trees—stemming from an ongoing Japanese tradition where trees are venerated for their deep connection with time.

As noted by Stephanie Bailey for Ocula Magazine, 'From canvas to canvas, there is a sense that Yuchi intends to bring kodama—or any other myth connecting the natural world with supernatural life—out of the woods so that they might speak to any audience whose connection with nature has been weakened, if obscured.'

Yuichi Hirako's fascination with nature and its relationship with time culminated in his solo exhibition Mount Mariana (2021) at Gallery Baton, Seoul.

Taking its name from the earth's deepest ocean trench, the exhibition combines classical art forms—namely, the surreal fruit and vegetable 'Composite Heads' series of 16th-century court painter Giuseppe Arcimboldo—with Japanese folklore and the notion of Deep Ecology, which unites 'all living beings as dependant existences on others within a single ecosystem.'

Building on his fascination with kodama, this series of artworks, which includes Gift 15, Lost in Thought 65, and Nonchooser 10 (all 2021), is set in a fantastical woodland inhabited by Hirako's fictional half-human, half-tree character 'Tree Man'.

Yuchi has been the recipient of numerous awards, including The VOCA Encouragement Prize in 2013 the Outstanding Performance Award at the D Art Biennale in 2011, and the Tokyo Wonder Wall Prize in 2010. 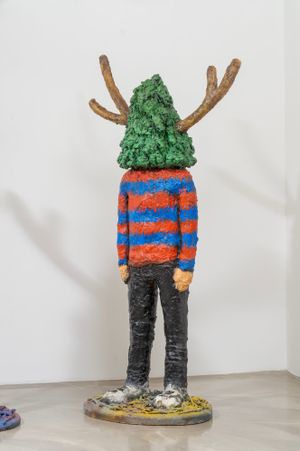 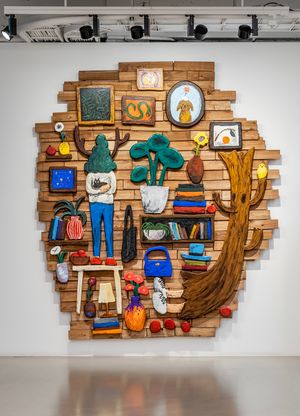 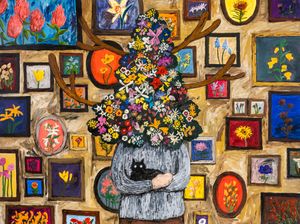 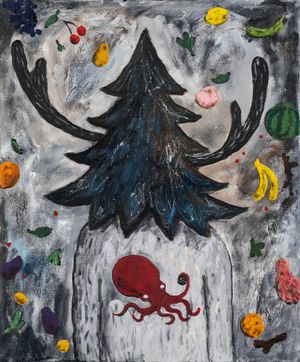 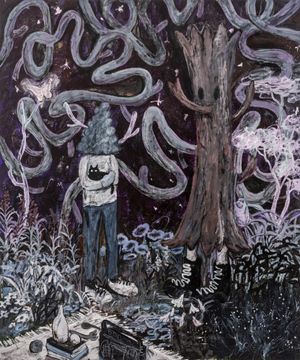 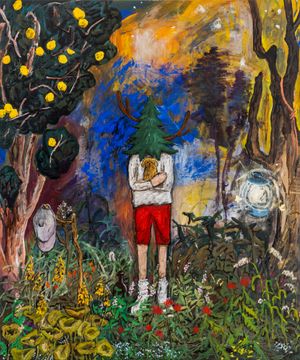 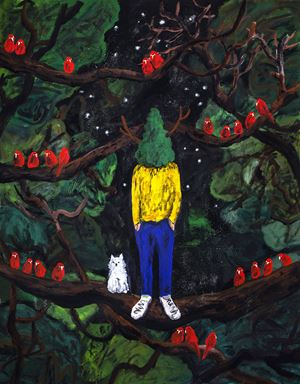 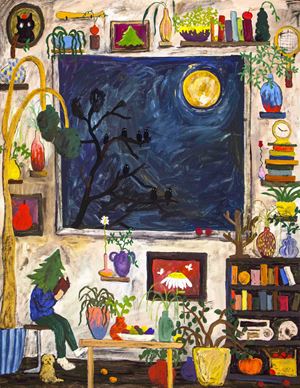 Mystical, ominous, yet strangely alluring, Yuichi Hirako has created a brilliant body of work for this exhibition.

Gallery Baton in Seoul are opening their first solo exhibition of work by Japanese painter and sculptor Yuichi Hirako this week.

Yuichi Hirako, a Japanese artist, with the theme of the coexistence of plants and humans. The idea inspired by the graduation project when he was studying at Wimbledon College of Arts in England. Crea

Be among the first to know when new artworks and exhibitions by Yuichi Hirako are added to Ocula.
Sign UpLogin