Hong Kong contemporary art centre Para Site has announced Billy Tang as its new executive director and curator. Tang will assume the role in May 2022, taking over from Cosmin Costinas, who has served in the role since 2011.

Tang was previously senior curator at Shanghai's Rockbund Art Museum (RAM), a role he took on after acting as the curatorial director for Magician Space in Beijing from 2013 to 2018. He was selected for the Para Site role following an invitation-based international selection process.

'We are inspired by [Tang's] vision for Para Site's next chapter and look forward to working with him to reimagine the institution's connection to the city and its constituents, rooted from Para Site's origin as an artist-led organisation,' said Alan Lau, chair of Para Site's board, in a statement. 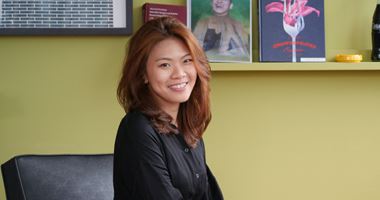 'I will start by focusing my energy on reimagining the institution's ability to find common grounds between contemporary art and current philosophies, to forge a path between Hong Kong and the rest of the world, and to support and connect diverse practitioners through their ideas,' Tang said.

Lau acknowledged the leadership of outgoing director Costinas, under whose directorship, he said, 'Para Site became known for its formidable programming that reached audiences in Hong Kong and beyond.'

Among the many exhibitions Costinas curated was An Opera for Animals, which showed first at Para Site and then, with support from Tang and others, at RAM in 2019. 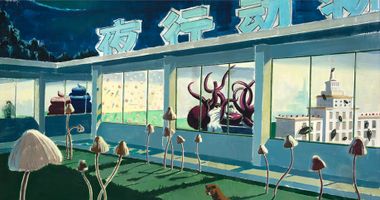 'Serving at Para Site has been the greatest honour,' says Costinas. 'I will remain grateful to have been a witness to this incredible past decade in Hong Kong's history, with its debates, cultural developments, and international exchanges.'

Costinas said he was 'thrilled' by the appointment of Tang.

Para Site celebrated its 25th anniversary in 2021. Throughout its history, Tang said its ability to adapt to changing times and exert influence locally, regionally, and internationally made it a 'vital and unique institution.'

'In the late 1970s, my parents arrived in Hong Kong as refugees from Vietnam in hopes of a better future,' Tang expressed. 'This diasporic journey intersecting with Hong Kong's history has always given me a strong sense of solidarity with the city and its culture. I am therefore very honoured to have this opportunity to guide the next phase of Para Site's evolution and continue its role reflecting on today's pressing issues.' —[O]