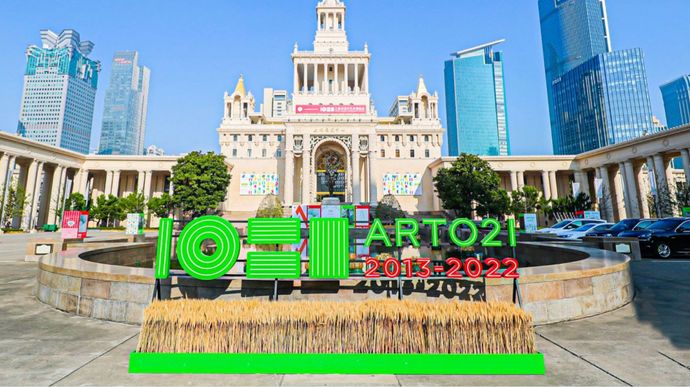 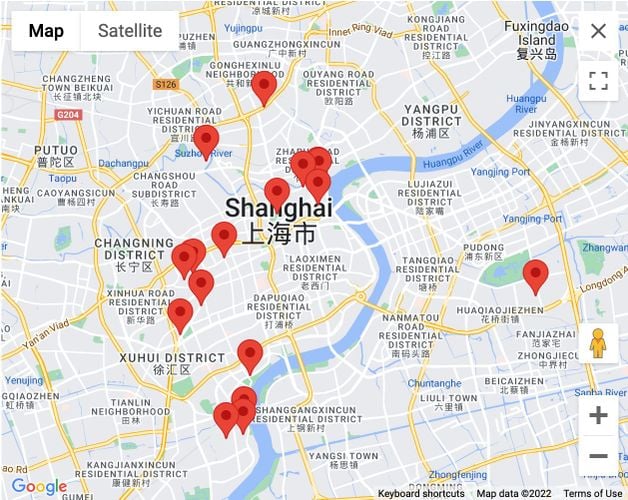 Ocula Member Galleries are selected by a committee of respected gallerists, and our Shanghai Art Guide highlights the best of contemporary art to see in the city's leading galleries.

Stretching alongside the Huangpu River at Xuhui Waterfront is the West Bund district, developed as an art district with the support of Shanghai's municipal government. Host to a plethora of museums, large-scale exhibition spaces, and commercial galleries, West Bund will be Asia's largest cultural corridor upon completion.

In the district you will find international blue-chip galleries including Perrotin, Lisson Gallery, Almine Rech, and Pearl Lam Galleries, each representing some of the world's leading artists.

Also in West Bund since 2017 is Arario Gallery, founded in 1989 with three locations across South Korea and Shanghai. Its roster of close to 50 Asian artists highlights emerging and experimental talent, and includes Gao Lei, Sun Yuan & Peng Yu.

West Bund is the home of ShanghART, one of Shanghai's first contemporary galleries founded in 1996 by Swiss gallerist Lorenz Helbling. Representing Chinese and Chinese-born artists from Geng Jianyi to David Diao, Yang Fudong to We Yiming, ShanghART devotes its programme to the development of contemporary art in China.

Other galleries in West Bund include the artist-conceived platform MadeIn Gallery and contemporary gallery AIKE.

Shanghai's urban Xuhui District takes its name after the historic area of Xujiahui, formerly the site of the French Concession. French and Catholic influences preside across the district's architecture and culture, and is today a major financial hub of Shanghai, as well as a shopping and entertainment precinct.

Among the galleries in Xuhui District is Dumonteil Contemporary, established by Dothi and Pierre Dumonteil in 1982. With locations in Shanghai and Paris, Dumonteil represents dozens of modern and contemporary Chinese and French artists, including Weng Jijun and Hugo Deverchère.

Established in 2016, Studio Gallery doubles as an incubation space for artists, promoting the development of long-term practices through non-profit research programmes, studios, and an international residency project. Its artists include Inhee Yang and Dagmar Keller.

Situated close to Shanghai Library is the avantgarde space BANK/ MABSOCIETY, housed within the former Bank Union Building. The studio engages international cultural and historic issues, representing artists such as Yitian Sun, Xu Bing, and Shi Hui, and collaborating with the likes of Ai Weiwei, Alvin Ong, and Lawrence Lek.

Shanghai's M50 Creative Park, also known as M50 or 50 Moganshan Road, is home to a vibrant art community with over 120 galleries and studios housed within converted factories and warehouses. Often compared to Beijing's 798 Art Zone, M50 has occupied the former industrial area south of the Wusong River since the early 2000s.

Many of China's established artists have set up studios in the precinct, including Ding Yi, Zhou Tiehai, and Xue Song. M50's lively cultural scene has also attracted design firms including Labbrand Design, whose headquarters are in the area.

Each November, the global art community gravitates toward the city to partake in ART021 Shanghai Contemporary Art Fair, which has brought together major international galleries and local institutions at the Shanghai Exhibition Center since 2013. Founded by collectors Kylie Ying, Bao Yifeng, and David Chau, the fair is a constituent member of Shanghai International Arts Festival.

West Bund Art & Design was founded the following year in 2014. Attracting a host of museums and galleries to settle near West Bund Art Center, west of the Huangpu River, the fair has cemented the region's status as Shanghai's official commercial art district.

Shanghai is home to one of the world's most dynamic and vibrant arts scenes. Browse our extended selection of galleries to visit around the city, as recommended by the team at Ocula.

Considered an essential part of the city's cultural landscape, Shanghai's museums and institutions offer an exceptional arts experience, with many particularly noteworthy for their architecture.

Explore our selection of the best spaces to visit, including the Power Station of Art, Long Museum, Yuz Museum Shanghai, and the Rockbund Art Museum.

Sited in the former Nanshi Power Plant is Shanghai's first state-run contemporary art museum, the Power Station of Art (PSA). Opened in 2012, PSA is a landmark in the city's skyline with its distinct 165-metre chimney. It is also home to the Shanghai Biennale.

The Long Museum is a world-class private museum founded by Liu Yiqian and Wang Wei, with locations in West Bund, Pudong, and Chongqing. Its vast collection spans generations, covering traditional and contemporary art from China and around the world. Recent exhibitions have showcased works by Jennifer Guidi, Pat Steir, and Shiota Chiharu.

Yuz Museum Shanghai is a non-profit organisation opened in 2014, boasting an impressive glass building designed by acclaimed Japanese architect Sou Fujimoto and converted from a former aircraft hangar. The Yuz Museum has hosted exhibitions by internationally renowned artists such as KAWS and Andy Warhol, as well as younger generations of artists including Eddie Martinez, Tschabalala Self, and Hernan Bas.

The Rockbund Art Museum (RAM) seeks to elevate contemporary art through research, conservation, and public discourse. Housed within the former Royal Asiatic Society Art Deco building, RAM's galleries were once occupied by Shanghai Museum, and has exhibited the works of artists such as Trinh T. Minh-ha, Zeng Fanzhi, and Ugo Rondinone.

Within an 1800-square-metre refurbished greenhouse in the People's Park, the Museum of Contemporary Art Shanghai (MoCA) gathers legacies of art and design. Founded in 2005, MoCA has hosted retrospectives not only of contemporary artists such as Yayoi Kusama, but also fashion labels including Dior and Chanel. The museum has also partnered with international institutions including the Solomon R. Guggenheim Museum and the Korea Foundation.

Since 2013, Chronus Art Center (CAC) at M50 has dedicated itself to the research and presentation of new media art, hosting residencies, workshops, and lectures that develop criticial discourse around new technologies. With experimental initiatives like 'Art & Technology @', CAC supports Chinese artists such as Yan Lei to venture into advanced programming and production.

Established in 2005, the Shanghai Himalayas Museum (formerly known as Shanghai Zendai MoMA) is a non-profit art institute in Pudong that focuses on exhibitions, academic exchange, and research. The establishment is reputed for organising the inaugural Shanghai Project, an interdisciplinary ideas platform co-directed by Hans Ulrich Obrist and Yongwoo Lee.

Located in the Suhe Creek area in Jing'an is OCAT Shanghai, China's first major art institution focusing on media art and architectural design. Inaugurated in 2012, OCAT Shanghai moved to its current premises in late-2019, where it continues to promote pioneering, socially-engaged practices through exhibitions, public programmes, and research.

The Museum of Art Pudong (MAP) opened to the public in mid-2021. Designed by Jean Nouvel, the museum has a focus on introducing world-class artists to the local scene, as well as a view to nurture domestic artists, offer educational and research programmes, and enrich international exchange. Recent exhibitions at MAP include Xu Bing and The Dynamic Eye: Op and Kinetic Art from the Tate Collection.

Since it was launched in 2010, Ocula Magazine has interviewed some of China's most significant artists, including Zhang Huan, Yan Fudong, Gu Wenda, and Xu Bing.

Gain in-depth insights into Shanghai's art scene with Ocula Advisory, our service for collectors wishing to build and manage their collections.

With 40+ years of combined experience and extensive relationships with galleries, auction houses, art dealers, and collectors, Ocula Advisory has exceptional knowledge of modern and contemporary art, as well as market trends.

Artists on Show in Shanghai

In any given week, you can see the works of some of the world's most exciting artists in Shanghai. Here you will find a selection of artists whose works are currently on show in the city.

Sign up to My Ocula to follow artists and galleries, save artworks to your favourites, and be informed when new exhibitions and features are published.

Shanghai has propelled the careers of Chinese and international artists, with its renowned galleries and museums providing a global stage for seminal exhibitions. Artists who have recently held major solo exhibitions in the city include Cai Guo-Qiang, John Armleder, Joan Miró, and Yan Fudong. 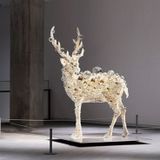 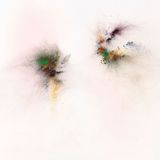 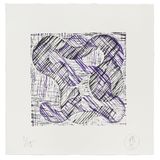 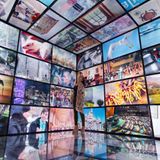 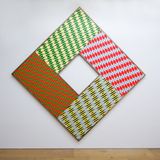 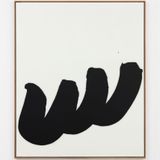 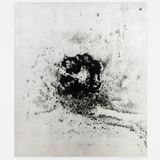 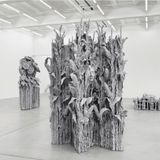 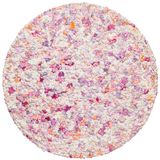 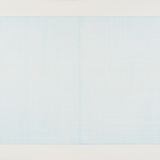 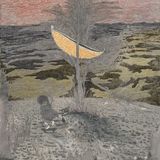 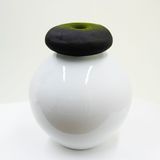 Ou Ming
Artists on Show in Shanghai View All (36) Artists

Sign up to My Ocula to follow artists and galleries, save artworks to your favourites, and be informed when new artworks become available.

Throughout the year Shanghai plays host to major art events and fairs, attracting thousands of collectors and enthusiasts from across the globe to its cultural hotspots, West Bund and M50 Creative Park. Drawcards include the Shanghai Biennale and PHOTOFAIRS Shanghai, both held in the spring, and China's leading art fairs, West Bund Art & Design and ART021 Shanghai Contemporary Art Fair, which take place in November.

PHOTOFAIRS Shanghai is the largest dedicated fair for photo-based and digital artworks in the Asia Pacific, established in 2014. Its annual showcase presents a wide range of photography, film, and digital work, from modern masters to experimental practitioners at the forefront of their medium.

The unmissable Shanghai Biennale returned for its 13th edition in 2021 at the Power Station of Art. Centred on exploring local issues with a global outlook, the Biennale secures Shanghai's position at the forefront of contemporary art dialogue whilst providing a platform for interdisciplinary exchange.

With these high-profile events taking place year-round, Shanghai has cultivated an ambitious new generation of Chinese collectors with a strong support for the local and international art scene.

Over the past decade Shanghai has reasserted its status as the financial hub of China, thanks in part to the arrival of world-class galleries, museums, and institutions along the Huangpu River.

Despite lagging behind Beijing during China's contemporary art boom of the 1990s and 2000s, Shanghai has developed a reputation as a global art centre, with a cultural offering to rival that of New York or Paris.

Shanghai's museums and galleries are notable for their unique architecture, often adapted from a past life. The Rockbund Art Museum (RAM) is housed in a beautiful 1932 Art Deco building, originally home to the Royal Asiatic Society. The Power Station of Art, once a working power station, is now home to the Shanghai Biennale.

The iconic Museum of Contemporary Art Shanghai, as well as the cultural exchange initiative Centre Pompidou x West Bund Museum Project, are both crucial establishments in the city, serving exhibitions that consistently expand outlooks on contemporary forms of expression and global cultures.

South of the Wusong River, M50 Creative Park hosts Chronus Art Center, whose focus is on research and new media art, as well as ShanghART's second Shanghai location, where it showcases emerging and experimental talent.

UCCA Edge extends the UCCA institution further north, across three storeys of the EDGE tower. On the other side of the Huangpu River, the Shanghai Himalayas Museum promotes research and academic exchange in addition to exhibitions, reflecting Shanghai's pluralistic, multifaceted approach to developing conversations around contemporary art.