Tate and MoMA Are ‘Playing Catch Up’ Collecting African Art

A spate of new residencies aims to redress the underrepresentation of African artists in the West.

A decade ago, the Tate's otherwise global collection was 'just missing an entire continent', Touria El Glaoui told The Guardian on Sunday. The founder of the boutique 1-54 Contemporary African Art Fair, which takes its name from the 54 countries in Africa, said major institutions including the Museum of Modern Art (MoMA), New York, were 'playing catch up' when it comes to African art and 'not even trying to hide it'.

The third edition of 1-54 Marrakech took place 22–23 February. The fair, which began in London in 2013 and expanded to New York in 2015, comprised 20 galleries, 14 of them from Africa. It was attended by 6,000 visitors, including representatives of major institutions such as the Tate Modern, London; Centre Pompidou, Paris; Brooklyn Museum, New York; the New Museum, New York; and the Smithsonian, Washington DC.

One artist receiving significant attention was photographer Lakin Ogunbanwo, whose E Wà Wo Mi (come look at me) series, depicting Nigerian brides, showed at WHATIFTHEWORLD gallery. Born in Lagos in 1987, Ogunbanwo is the recipient of 1-54 Marrakesh's new residency, in collaboration with the Thami Mnyele Foundation, which will see him spend three months making art in Amsterdam.

1-54's New York and London fairs have likewise partnered with institutions to provide residencies for African artists. The Ritzau Art Prize, to be announced at 1-54 in New York in May, will support an artist from the African continent to undertake a residency at the International Studio and Curatorial Program (ISCP) in New York City. At the London fair, held in October, Marrakech's Museum of African Contemporary Art will also award a residency.

These residencies are becoming more common, El Glaoui said, as art institutions seek to remedy an absence of African artists in their programmes.

'Before, it was a bit of a vicious circle: the big collectors didn't have an interest in contemporary African art because they didn't know the artists because they weren't visible, and the lack of visibility was partly because [African artists] were not getting funded to do residencies,' she told The Art Newspaper.

El Glaoui said collaborating with the fair was important to their partnering institutions because 'they wanted more African artists to take part in their programmes but they didn't know how to go about it as they didn't have access to artists from the continent.'

Other African artists making headlines recently include Tschabalala Self, who set a new record at Phillips' London evening auction, and Amoako Boafo, who last year became the first artist-in-residence at the Rubells Museum in Miami. —[O]

I have always been inspired by the potential of art to empower on many levels. 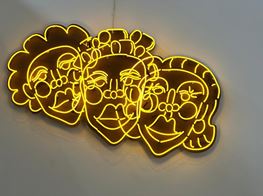 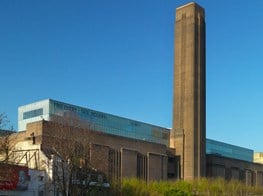