Textures of Life, Death, and Data in Trevor Paglen's 'Bloom'

The MacArthur genius grant winner's solo exhibition at Pace Gallery in London looks at the weird, partial ways computers look back at us.

In February this year, Trevor Paglen thought he had finished preparing his exhibition, Bloom, showing at Pace Gallery in London (10 September–10 November 2020). But after Covid-19 remade the world, the show had to change.

The photographs of trees in flower that give the exhibition its name were conceived and executed under lockdown in New York, when Paglen was struck by the fragility of both human life and social institutions. The morgues in his home borough of Brooklyn were so full that bodies were being kept in refrigerated trucks, and the city that never sleeps was so silent he could hear the street signs on Fifth Avenue creaking in the breeze. Still, with the arrival of spring, flowers were blooming.

Paglen, who employs a full-time programmer, used a neural network trained to recognise different visual textures in an attempt to distinguish the different parts of his blossoming pictures—separating the leaf litter beneath the tree from its trunk, its branches from its petals, and so on. He then attributed different colours to each grouping.

This process was used to generate 12 works, among them Bloom (#7a5a4e) (2020), which takes its name from the hexadecimal colour code for a dark orange hue; or Bloom (#5f5554) (2020), which captures white flowers against dark, greyish red leaves. Other images are rendered in pinks, oranges, and whites, all of them seductive but identifiably unnatural.

Flowers have long been symbolic of life's brevity. Damien Hirst references the vanitas tradition in his butterfly works, Nobuyoshi Araki photographed cemetery flowers, while Jiang Zhi set flowers on fire, photographing them before they began to char. It's a rich tradition, but not one with which Paglen especially identifies.

The artist, who has a PhD in Geography from Berkeley and received the MacArthur genius grant in 2017, tends to make work that is in several senses harder—less felt, more difficult, and made of tougher stuff than flowers. Speaking to Ocula Magazine about the series from his studio in Berlin, he says, 'I was really embarrassed.'

In the midst of America's reckoning with the systemic racism, civil rights infringements are still being perpetrated through biases embedded in technology

The other works in the exhibition are more explicitly concerned with surveillance, classification, and marginalisation—themes that he has explored in different ways for over a decade, not only in art works but in books about the classified activities of US security agencies. Just as Bloom shows how computers 'see' forms in nature, other works on view explore the weird, partial ways that computers view humans.

Central both thematically and spatially to the exhibition is The Standard Head (2020). This 180-centimetre tall bust made of lacquered foam is derived from the efforts of Woody Bledsoe, who was funded by the CIA in the 1960s to create facial recognition technology. Bledsoe measured people's faces to create an average head against which all others would be measured. The heads Bledsoe sampled, though, were mostly students at the University of Texas. Paglen has pictures of all of them—'basically all young white dudes,' he explains.

The dangers of training computers with skewed datasets are made apparent in ImageNet Roulette, named after the dataset initiated by Stanford University Professor Fei-Fei Li in 2009, which has since seen over 14 million images scraped and sorted into more than 20,000 categories. These images are widely used to train programs to recognise not only objects, but types freighted with social and political value judgments, such as 'mystics', 'leakers', and 'alcoholics'.

In previous exhibitions, Paglen allowed the software to label gallery goers, but he no longer does that. 'It's really racist, misogynistic,' he says. 'After the piece had made that point, I didn't need to perpetuate it.' The biases of technology means that in the midst of America's Black Lives Matter reckoning with systemic racism, high tech civil rights infringements are still being perpetrated.

With the rollout of remote work and school in the face of the pandemic, populations have become more susceptible to surveillance, data collection, and high-tech profiling. Paglen communicates this through Octopus (2020), a network of cameras distributed around the gallery connected by tentacles of black wiring that stretch up to the ceiling, which streams to its own website alongside images from Paglen's research, including pictures of people labelled by ImageNet.

While art tends to ask questions rather than proffer answers, Paglen believes it is possible to mount a response to the mass commoditisation and politicisation of data.

Returning to Paglen's blossoms after viewing the other works in Bloom, the images suggest not only the fatal fecundity of Covid-19, spreading itself through tens of millions of human hosts in mere months, but also the blossoming of technological solutions to social isolation that saw the stock prices of tech companies such as Amazon and Zoom soar during lockdown.

Paglen says he has been outraged by the racism and misogyny of the systems he studies and the extravagant profits taken by Silicon Valley; but putting together this body of work instilled an overwhelming sense of sadness.

Mourning is a kind of resignation, an acceptance that something is irrevocably lost. While, he points out, art tends to ask questions rather than proffer answers, Paglen nevertheless believes it is possible to mount a response to the mass commoditisation and politicisation of data. 'There's nothing inevitable about Jeff Bezos having billions of dollars,' Paglen points out. Unlike spring blossoms, 'none of that stuff's natural.'—[O] 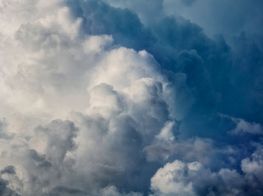 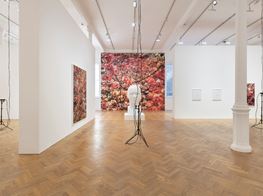 Trevor Paglen was born in 1974 at an Air Force base in Maryland where his father was an ophthalmologist. He grew up on bases in the USA and Germany. A former prison-rights activist, Paglen's photographs often depict classified military activity.

London—Pace is pleased to return to its physical space with an exhibition of new works by American artist Trevor Paglen. Held both at 6 Burlington Gardens and on the gallery’s digital platform, Bloom will be presented from 10 September to 10