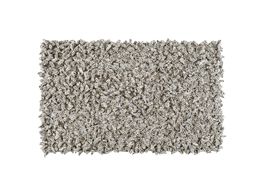 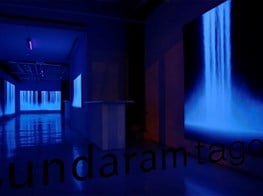 One late spring day in 1995, as Korean artist Chun Kwang Young lay in bed recovering from a bad cold, he had a sudden recollection. Pondering a packet of pills that his wife had brought him, he suddenly recalled the Chinese doctor he frequented in his childhood, and the clinic's ceiling laden with hanging mulberry paper packets filled with medication.

The mulberry paper—called hanji in Korean—has been used in Korea since the 9th century. Incredibly durable, the paper is used as a material for items ranging from books to clothing. 'I think the first thing I saw [as a child] was my mother's face, and then there was mulberry paper.' It is the 'spirit and soul of Koreans' the artist has said, and a quality that has grounded his practice in Korean heritage.

Born in Hongchun in 1944, Chun grew up in a South Korea that had endured occupation, colonisation, and political suppression. Finishing his studies at Hongik University in Seoul in 1968, the artist enrolled at the Philadelphia College of Art to continue practicing painting under the influence of Abstract Expressionism. Chun's twenties 'were all about America' he explains in an essay on his artistic trajectory, and the paintings of the 1970s embraced the strong colouration and freedom that he encountered in the work of AbEx artists, using it to express his own feelings 'as a young alien who couldn't adapt himself to capitalism, materialism, and scientism of the new world...'

In a state of inner conflict, Chun felt the brushstrokes of AbEx 'proudly emerged on the surface' of the canvas, 'leaving multicoloured lumps and wild brushstrokes like the tails of comets.' But his work during this period maintained somewhat restrained gradations of all-encompassing colour in contrast to the brashness of the AbEx movement—a harmony that would transfer to his later work. In the early oil painting ONT-012 (1976), for instance, strong hues of red, yellow, and blue softly meld across the lined surface of the canvas.

The assembly of small parts contributes to a maximal surface that creates a tension between harmony and chaos, offering an experience of mesmerising detail and texture.

The spell of Abstract Expressionism would not endure for Chun, who quickly became disenchanted with the movement and with life in the United States. Witnessing rampant consumerism and stark social disparities, he felt increasingly alienated from the culture to which AbEx belonged, and the movement that initially provided the answer for his self-expression started to 'haunt and devastate' the artist instead. After the completion of his studies in Philadelphia in 1971, Chun eventually returned to South Korea and abandoned painting altogether, taking up his extraordinarily intricate 'Aggregations' over a decade later.

The many pieces that make up Chun's 'Aggregations' are individually wrapped and tied, alluding to bojagi (wrapping cloth), which is used across Korean culture to wrap and store items, and as part of religious rituals and marriages. Whereas bojagi are generally made from fabrics such as silk and ramie, Chun's bundles are assembled using pages from antique books, particularly writings on Eastern philosophy so as to honour cultural ancestors, so that 'each soul is reborn and partakes in the making of contemporary art,' as Chun has explained. These triangles are added to a canvas plane or sculptural substructure with a painterly sensitivity for composition and colour, increasing or decreasing in size to create wave-like forms across the surface. Upon further inspection, this surface reveals accidental combinations of words and characters as a result of the folding process, allowing tradition to form new meanings.

This assembly of small parts builds maximal surfaces where a tension between harmony and chaos abounds, offering an experience of mesmerising detail and texture. Starting out with more earthy, dark tones, Chun has incorporated more intense variations of colour over the years, using natural dyes extracted from plants and minerals such as yellow earth, gardenia seeds, and polygonum flowers. The artist's online exhibition with Sundaram Tagore Gallery, Full Spectrum, demonstrates the full scope of Chun's palette. Pockets of colour punctuate planes of earthy hues in earlier works from 2008 and 2011, as in Aggregation 11 – FE014 Blue (2011), where a bolt of blue hovers to the left of the picture plane; while later works embrace full colouration. In later works, vibrant shades pulsate across landscapes of colour; in Aggregation 19 – SE082 (2019), for instance, deep pools of raspberry pink seep into bold oranges and yellows.

Undulating to the point of resembling 'the collision of tectonic plates', the 'Aggregations' series embodies the clash of human ideologies and endeavours that the artist has been concerned with throughout his life. To Chun, these triangles are 'basic units of information, the basic cells of a life that only exists in art'. Coming together as intense assemblages, they maintain an overriding calmness in their unity: no matter how fractured a surface, harmony can still preside. —[O]

Chun Kwang Young is a contemporary South Korean artist recognised for his 'Aggregations' (1995–ongoing) series of tactile sculptural compositions that are made of multiple minute triangular forms wrapped in mulberry paper. The richly textured