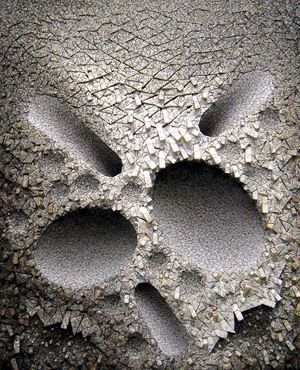 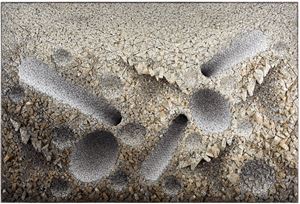 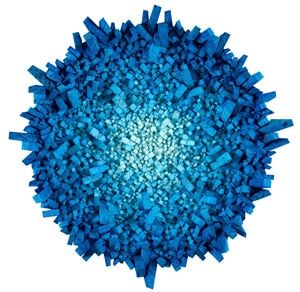 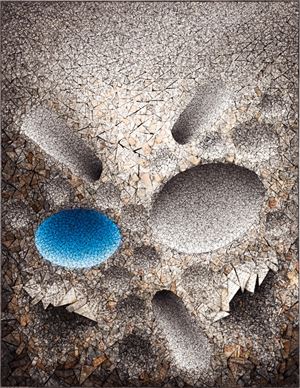 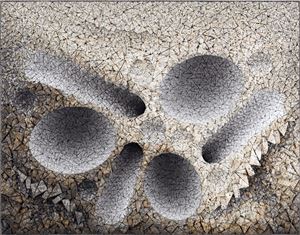 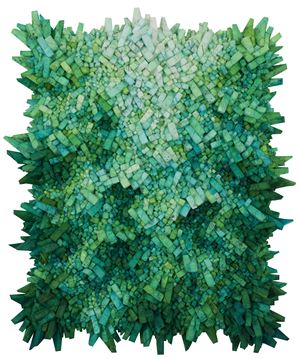 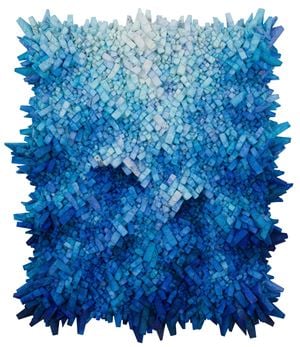 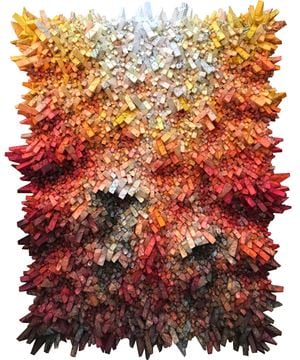 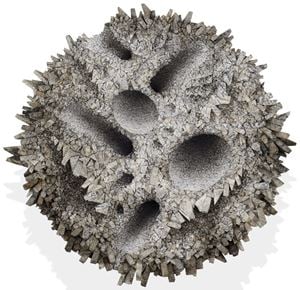 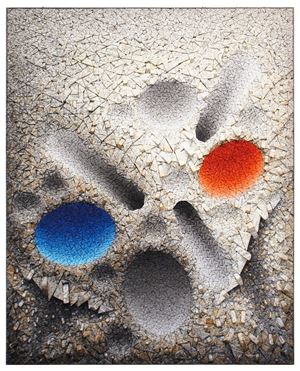 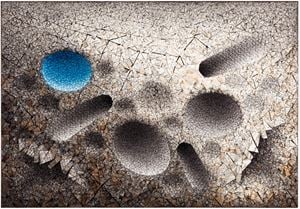 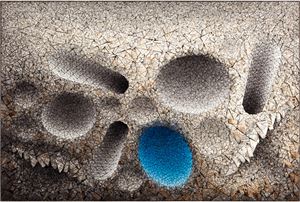 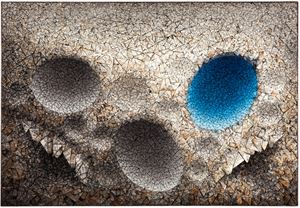 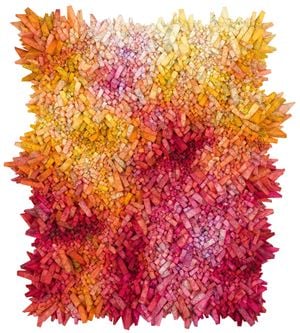 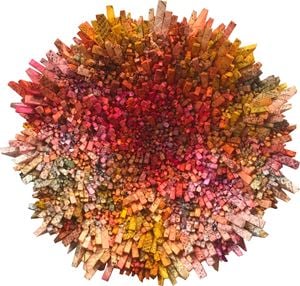 New York, April 16, 2020—We are pleased to present a solo exhibition of work by acclaimed South Korean artist Chun Kwang Young. For the past year, we have worked closely with the artist to curate a selection of his renowned 'Aggregations' that reflects the full scope of the long-running series, from the iconic monochromatic compositions that he is so well known for, to new, vibrantly colourful works that are more sculptural than ever before. Despite having had to close his studio due to COVID-19, the 76-year-old Chun was recently able to reopen it and complete work for this exhibition.

Since he began the series in the mid-1990s, Chun's 'Aggregations' have garnered international recognition. Most recently, his work has been the subject of solo exhibitions at the Brooklyn Museum (2018–2019) and the Jordan Schnitzer Museum of Art (2019–2020). Composed of thousands of triangular forms wrapped in antique mulberry paper, these intricate abstract works combine elements of sculpture and painting, calling to mind otherworldly asteroids, molecular compounds, or complex crystallised formations.

Born in Hongchun, South Korea, in 1944, Chun grew up during the end of Japanese colonisation and the brutality of the Korean War. He began his career as a painter, exploring the effects of light and colour. In the early 1970s, Chun moved to the United States to pursue a Master's Degree at Philadelphia College of Art, where he was deeply drawn to Abstract Expressionism. But over time, he found the expression inauthentic. Disillusioned, Chun returned to Korea, intent on devising his own artistic methodology, onethat considered history and cultural identity.

The development of Chun's signature technique was sparked by early childhood memories of medicinal herbs wrapped in mulberry paper and tied into packages that hung from the ceiling of the local apothecary. Chun was intrigued with the idea of merging the techniques, materials, and sentiment of his Korean heritage with the conceptual freedom he experienced during his Western education.

Chun's decision to use mulberry paper, known as hanji in Korea, is intentional. Derived from native trees and prized for its strength and ability to resist water, hanji has been used in Korea for centuries for everything from writing and drawing to packaging and weatherproofing. It embodies the essence of Korean history and imparts a spiritual power, even in its most mundane applications.

With the past in mind, Chun sources paper from antique books. 'Each has its history,' he says. 'Each generation of our ancestors' joys and sorrows can be seen in the thousands of aggregated fingerprints that make my work even more mystical and precious. It's almost as if these fingerprints are trying to have a conversation with me, to explain their reasons for being there.'

Chun begins his constructions with triangular forms individually cut from polystyrene, wrapped in hanji andtied with string made from the same material. He then attaches each wrapped piece to a flat support or sculptural substructure. Once adhered, some of the forms are painted by hand. The process, multilayered and repetitive in nature, requires an almost meditative approach.

The arrangements vary, from relatively uniform surfaces to works that erupt from their frames, constituting low reliefs. Chun's palette of earthy hues is a result of the teas he uses to tint the paper. Playing with light and shadow, he employs subtle shifts in tone to create the illusion of craters, dips and depressions. The overall effect is organic, geological, almost cosmic in appearance. Over the years, the 'Aggregations' have evolved in complexity and scale. They have also become more vibrant. Recalling his early days as a painter, Chun employs gradients of bold colour to evoke energy and movement. However, it's the use of hanji that remains at the core of his practice, the material expression of his artistic imagination. Steeped in Korean history and articulated in the language of Abstraction, Chun's 'Aggregations' reach across two cultures and bridge the space between the present and the past.

Chun Kwang Young received a Bachelor of Fine Arts degree from Hongik University, Seoul, and a Master of Fine Arts from the Philadelphia College of Art, Pennsylvania. His work is in numerous public collections, including the Rockefeller Foundation and the United Nations, New York; the Woodrow Wilson InternationalCenter for Scholars, Washington, D.C.; the Philadelphia Society Building, Pennsylvania; the NationalMuseum of Modern and Contemporary Art, Seoul, and the Seoul Museum of Art; the National Gallery ofAustralia, Canberra; the Victoria and Albert Museum, London; and the National Museum of Fine Arts, Malta.

He was named Artist of the Year by the National Museum of Modern and Contemporary Art, Seoul, in 2001 and in 2009 he was awarded the Presidential Prize in the 41st Korean Culture and Art Prize by the Ministry of Culture, Sports and Tourism.

Born in Hongchun, Korea, 1944. Lives and works in Seongnam, Korea

Sign up to be among the first to know when new exhibitions by Chun Kwang Young or at Sundaram Tagore Gallery open.