Artists Sun Yuan & Peng Yu are important artists in the field of Chinese Contemporary Art. They graduated from t he Oil Painting Department of the Central Academy of Fine Arts in 1995 and 1998 respectively. They have cooper ated since 2000 and currently work and live in Beijing. Sun Yuan & Peng Yu won the " China Contemporary Art Aw ard" and "CREDIT SUISSE Today Art Award 2010". Their works have been selected to participate in the Venice Bie nnale, Kassel Documenta, Biennale of Sydney, Liverpool Biennial, Moscow Biennale of Contemporary Art, Biennal e de Lyon and many other international biennales. Their works have also been exhibited at the Hammer Art Muse um in L.A., the Guggenheim Museum in New York, National Gallery of Australia, Hayward Gallery, London, Kunst Museum Bern and Zentrum Paul Klee, National Gallery of Modern and Contemporary Art in Rome, Italy, etc. Their works have been acquired by public and private art institutions including the Lyon Art Museum, France, the Osak a National Art Museum, Japan, M+ Art Museum, Hong Kong, Art Institute of Chicago, U.S and the Guggenheim M useum, New York. In 2014, Sun Yuan and Peng Yu co-curated the group exhibition of Chinese contemporary art, "Unlived by What is Seen", which opened on December 13 in three major art galleries including Pace Gallery Beiji ng, Galleria Continua and Tang Contemporary Art Center in Beijing 798 Art District. Additionally, Peng Yu was one of the judges of the first Hugo Boss Asia Award. 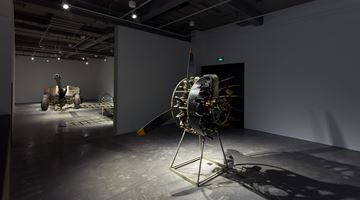 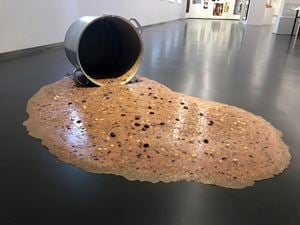 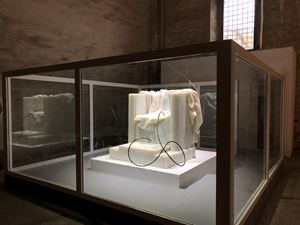 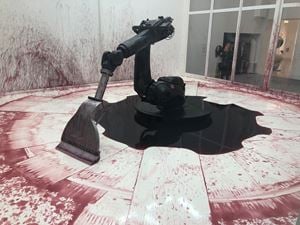 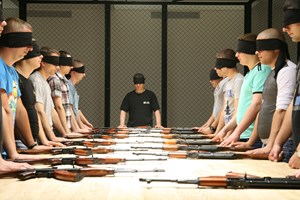 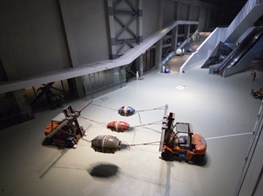 Related Press At the Shanghai Biennale, a Desire to Disrupt the Status Quo 25 January 2017, Hyperallergic

A gigantic metallic structure resembling a crashed airplane beckons from the second level of the vast Shanghai Power Station of Art that is host to the 11th edition of the Shanghai Biennale. Designed by the Chinese collective MouSen+MSG, the structure is titled The Great Chain of Being – Planet Trilogy  (2016), and you can actually venture inside... 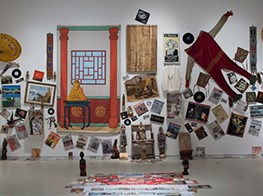 A case can be made that the Shanghai Biennale, widely regarded as a perfunctory affair, too disorganized and lackluster to justify its existence, now has the potential to intelligently introduce international contemporary art into a scene until recently dominated by Chinese art. And this year, that goal seems within reach, under the curatorial... 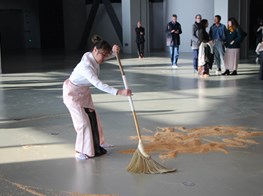 In the two years since the last biennale, Shanghai has worked hard to consolidate its cultural position as an influential art hub in Asia – a place where contemporary art is important, relevant and available. For the 11th edition of the Shanghai Biennale, the choice of the the Delhi-based artist and curatorial group Raqs Media Collective... 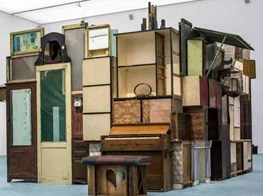 In the Chinese philosophical system known as feng shui, literally wind and water, qi, the metaphysical force of unity, is carried and dispersed on the wind. Water brings qi to rest. In the 11th Shanghai Biennale there are many such light breezes, enhancing works that play on all the senses. These include Yin Yi’s Ocean Wave (2016), a...