Kim Tschang-Yeul is one of the greatest living Korean painters. Born in 1929, he emigrated to South Korea to escape from the communist regime, then moved to New York to follow his artistic dreams and finally settle permanently in Paris in 1969. In the French capital, he will develop throughout his life the theme that distinguishes his poetics, the water drop, in which abstraction and hyperrealism converge, merging together conceptual irony, the tragic experience of war and the Taoist wisdom and looking, at the same time, at Pop Art and Chinese calligraphic practice. After some optical experiments, he arrived at the hyperrealism of his drops in the Seventies, presenting the first work of the series at the Salon De Mai in 1972. The motif of water drops takes shape from Eastern philosophy, where water acts as an amorphous entity imbued with the power to dissolve and purify, generating a therapeutic movement against the traumatic memories of the war (referring to the Korean War, in which he served); water is characterized by a constant transitory state, between the real and the abstract, in its nature made of transparent substance, as in a constant return to emptiness, to peace. On the canvas the drops and monochromatic stains create a state of balance between wet and dry and light and darkness, in a way that soothes emotional trauma that the artist himself and Korean society have suffered during the country's recent political history, marked by colonization and war. Furthermore, the use of Chinese characters in his works, pays homage to a family tradition (his grandfather taught him Chinese calligraphy from an early age) and adds a spiritual load to his work. Between 1950 and 1960 he contributed to the foundation of the Korean Informal and today he is considered one of the preeminent figures of contemporary Korean art on the international scene, together with Nam-June Paik and Lee Ufan. Since the 1960s he has focused his attention on the international art world, presenting his works at the 2nd Paris Biennial in 1961 and at the São Paulo Biennial in 1965. In 1969, he participated in the Avant-garde Festival in Paris. His work has been exhibited worldwide for more than fifty years, a success recently culminating in several retrospectives at the Gwangju Museum of Art, Korea, 2014; National Museum of Fine Arts of Taiwan, Taichung, 2012; Busan Museum of Art, Korea, 2009; National Museum of Chinese Art, Beijing, 2006; and Jeu de Paume National Gallery, Paris, which in 2004 dedicated a retrospective to him on his paintings with water drops over the past 30 years. In 2016, on public initiative, the Kim Tschang-Yeul Museum was inaugurated, created in honour of the artist on the island of Jeju, in South Korea.

Kim, who spent much of his life in Paris, was among Korea's most celebrated artists.

Artist Kim Tschang Yeul has been painting water drops for more than 45 years. What began as a spark of inspiration soon became a signature motif that differentiated him from his Korean compatriots. Wi

Donald Trump will make an appearance of sorts at this year’s Art Central fair in Hong Kong. Visitors will find him in a 1930s-style living room hidden among the gallery booths filled with abstract pai

JEJU - Water remembers everything and leads people to meditate, but at the same time it helps people wash off pain, fury and fear: this could be what the artworks now on view at a new exhibition at th

ArchiPlan has won first prize in an international competition for a contemporary art museum designed solely for the work of Korean painter Kim Tschang-Yeul. Planned for the volcanic Jeju Island, a pro 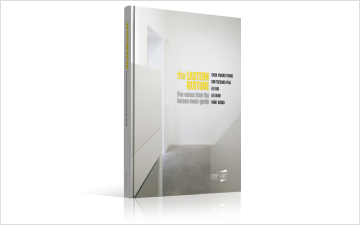