In its dynamic and innovative programme spread across two locations, Gajah Gallery continues to lead the Southeast Asian dealer gallery scene with a stellar lineup of emerging and established artists. Supporting regional contemporary artists, the gallery gives Southeast Asian art a high calibre, international platform upon which local and international discourses merge in critical and impactful works of art.

Founded in 1996 at Monk’s Hill in Singapore, Gajah Gallery has been located the country’s Tanjong Pagar Distripark since 2015—the same year that the gallery opened its satellite location in Yogyakarta. Dedicated to stimulating local art ecology, the gallery regularly collaborates with institutions such as Singapore Art Museum. In addition, the gallery founded the Yogya Art Lab (YAL), where international artists collaborate with skilled artisans across a range of media to create works of art that reach a high standard of quality in both their conceptual and material fabrication.

Representing a distinct portfolio of artists at all stages of their careers, Gajah Gallery maintains a diverse roster spanning a range of disciplines, from Abdi Setiawan’s vignette-like carvings in wood to the abstract paintings of Kayleigh Goh and the installation works of Handiwirman Saputra. The artists also hold a range of nationalities, including Indonesian (such as Semsar Siahaan), Singaporean (such as Suzann Victor), Indian (such as Mahalakshmi Kannappan), and Carribean (such as Ashley Bickerton).

A number of artists on the Gajah Gallery roster focus a portion of their creative energies on creating cast-metal sculptures, such as Yunizar, Jigger Cruz, and Uji “Hahan” Handoko. Painting is also a significant medium for some of the gallery’s artists, with figures such as Erizal As, Ibrahim, and Sabri Idrus working in abstraction to a range of ends, and others, such as Mangu Putra and Rudi Mantofani, creating more figurative works. Other painters on the roster specialise in surreal compositions that hover between reality and somewhere else entirely, including I Gusti Ayu Kadek Murniasih, Bagyi Aung Soe, and Fika Ria Santika.

Gajah Gallery presents at least five exhibitions in its gallery spaces every year. For the grand opening of its Tanjong Pagar Distripark location, the gallery curated works by a selection of its foundational artists, including ceramic sculptor Jason Lim, abstract painter Chua Ek Kay, and Rudi Hendriatno, whose practice consists of intricate teak wood sculptures.

As well as curating stimulating and insightful group exhibitions like Intersections: Latin American and Southeast Asian Contemporary Art (6 December 2014–10 January 2015), which travelled to Havana, Cuba, Gajah Gallery incorporates a range of solo exhibitions into its programme, such as The Shape of Things: Conceptual Configurations by Dr Choong Kam Kow (17 October–10 November 2019), which was also the Malaysian artist’s first solo exhibition in Singapore. 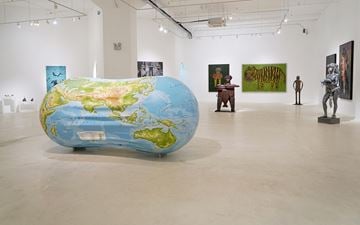 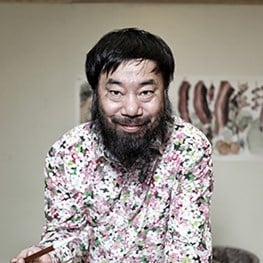 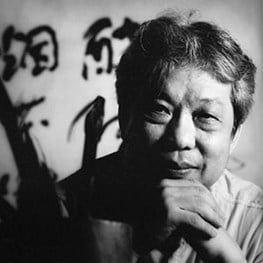 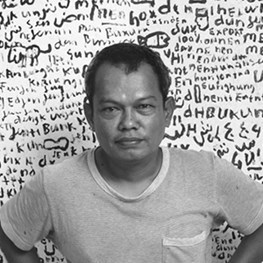 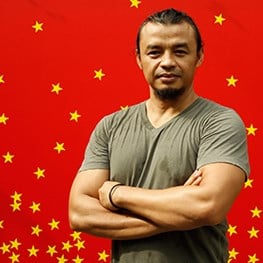 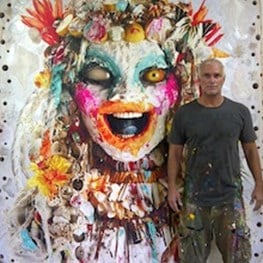 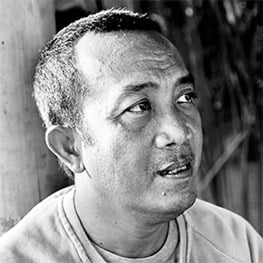 S.E.A. Focus embraces a hybrid format for its third edition.

The online event came together quickly after the physical fair was cancelled due to the pandemic.

When one is new to Jakarta, one makes the mistake of not telling the cab driver to travel via the toll roads. And so it is that while creeping through the city's tight tangled backstreets, the cab finds itself coming head-to-head with another car, both unable to give way because they are simultaneously surrounded by three dozen motorcycles. But...

Boom! That's how Ornamental Hysteria, Ashley Bickerton's current exhibition at Damien Hirst's Newport Street Gallery, opens—with a box sporting an ominous red LED number-counter bolted to the wall. It's the kind of thing you can imagine the late Roger Moore briefly interrupting a moment of passion to rush and defuse during his... 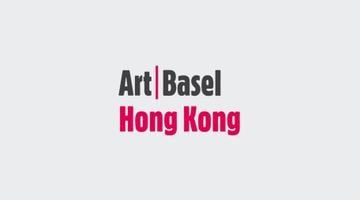 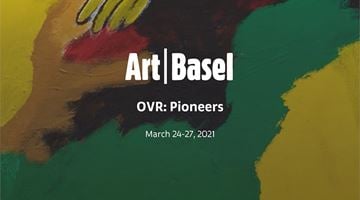 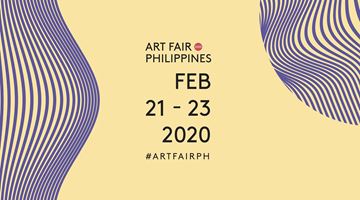 Sign up to be notified when new artworks and exhibitions at Gajah Gallery are added to Ocula.
Sign UpLogin