Tokyo-based Japanese artist Daido Moriyama (1938, Ikeda-City, Osaka) initially trained in graphic design before taking up photography. He trained as an assistant under Takeji Iwamiya and Eikoh Hosoe until becoming an independent photographer in 1964, publishing his first books Nippon Gekijo Shashincho in 1968 and Shashin yo Sayounara in 1972, both depicting the darker sides of urban life and the city of Tokyo.

Moriyama has had a radical impact on the photographic and art world in both Japan and in the West, with his expressive style of 'are, bure, boke' (rough, blurred and out-of-focus) as well as the debut of recent colour work taken in Tokyo, and his typical style of quick snapshots without looking in the viewfinder. His highly innovative and intensely personal photographic approach often incorporates high contrast, graininess, and tilted vantages to convey the fragmentary nature of modern realities.

Moriyama has published more than forty books to date, highlighting the artist's experiments with reproductive media and the transformative possibilities of the printed page. Moriyama's achievements convey the artist's boldly intuitive exploration of urban mystery, memory, and photographic invention. His works have been exhibited around the world, in prestigious institutions and galleries, with solo exhibitions such as William Klein + Daido Moriyama, Tate Modern (London, 2012); On the Road, The National Museum of Art, Osaka (2011); Daido Retrospective 1965–2005 / Daido Hawaii, at the Tokyo Metropolitan Museum of Photography (2008), Centro Andaluz de Arte Contemporaneo, Sevilla (2007), Foam (Amsterdam, 2006), Fondation Cartier pour l'art Contemporain (Paris, 2003), Fotomuseum Winterthur (Winterthur, 2000), San Francisco MOMA (1999, as well as the Metropolitan Museum, New York). He is a recipient of the prestigious Lifetime Achievement Award at the 28th Annual Infinity Awards of the International Center of Photography, New York, 2012, and The Culture Award from the Deutsche Gesellschaft für Photographie, 2004.

The longest-running art fair in Asia returned to Taipei's World Trade Center for its 26th edition in October.

Daido Moriyama is one of the most influential avantgarde photographers to emerge out of postwar Japan.

'The street is always interesting because any world of images I construct is promptly dismissed once I go outside.'

With Tokyo being the object of so many excellent photographers’ interest over the last 150 odd years, it’s entirely legitimate that the Tokyo Photographic Art Museum should be bringing it home.

Fondation Cartier pour l’art contemporain in Paris launched a major show of the Japanese photographer’s most recent work in February 2016. Charting some of Moriyama’s most significant oeuvre of the past decade, the exhibition brings to the fore the artist’s lesser-known colour photography as well as a new body of...

Eroticism in Japanese photography - a talk about the male gaze and more with two female Japanese photographers - Tokyo Rumando and Hideka Tonomura - about their photographic work, currently on show along side work of 11 other renowned Japanese artists at Blindspot gallery in Hong Kong. Curated by Mimi Chun and Mark Pearson 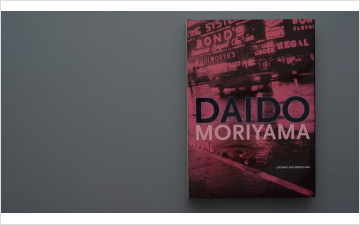 Daido Moriyama: Journey For Something 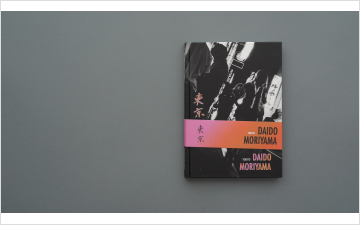