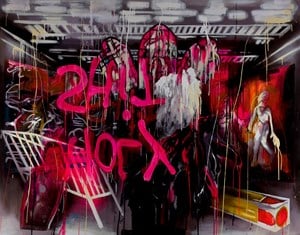 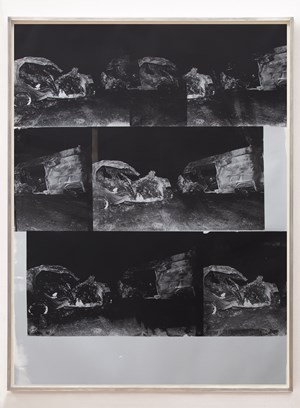 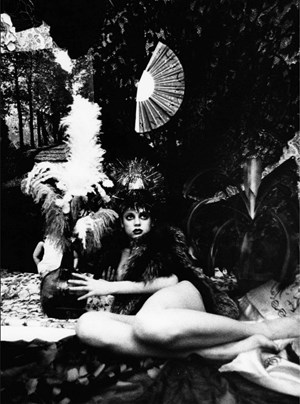 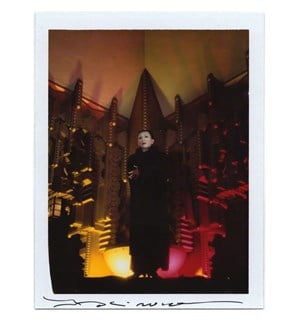 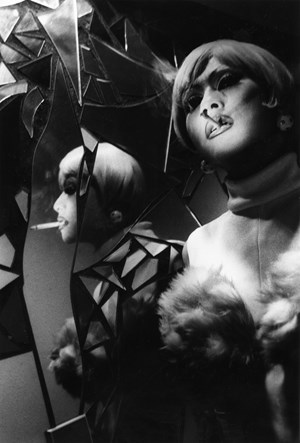 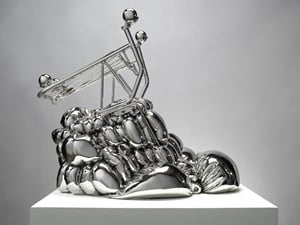 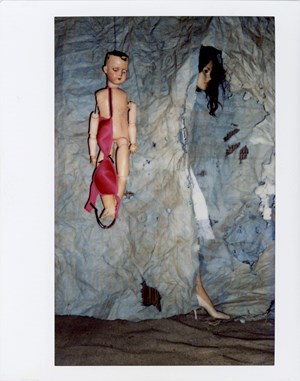 In a world where everything is over-produced and everyone is performing a role for others to see, William Shakespeare's passage 'All the world's a stage' strikes a meaningful chord.

The verse, one of Shakespeare's most famous, continues on to compare everyone to actors in a play. But what part does the artist play in these dramatic times? Is it the part of an observer, a passive audience member or rather the part of an active performer, a disruptive interventionist? Perhaps that of a critic, someone who reflects on our daily behaviour and the occurrences on the world's stage? Or is the artist the very director of the play?

Taking Shakespeare's quote as a point of departure this group show examines the different aspects of the theatre that come to the fore in the artworks exhibited, as well as the different approaches to the subject that each artist takes.

Drips of paint in white, fluorescent pink, and red: Rosson Crow's vast canvas illuminates a stage set, a critical commentary on the world stage of art in which the character of the male artist tends to dominate. The work references the exhibition Skin Fruit: Selections from the Dakis Joannou Collection at the New Museum, which was curated by Jeff Koons. Crow's rendition of the show is dystopian, depicting works by artists like Dan Colen, Urs Fisher, and Robert Gober as decaying, dripping, and in various states of destruction. The large scale of the canvas, the visual overload in the composition, and the blazing colours result in a loud and powerful presence that is characteristic of Crow's work.

Her work is surrounded by works of her colleagues represented by the gallery, including Yasumasa Morimura, who deflects the Eurocentric male gaze in his re-enactments of works in the art historical canon and images of popular culture. Morimura channels Greta Garbo in his self-portrait, posing wider questions about self-presentation, identity, and the binary oppositions of masculine and feminine, East and West.

Daido Moriyama ups the drama with his photograph of a female impersonator, who takes on the role of a femme fatale, deeply inhaling smoke from a cigarette behind the scenes. The characteristically dark contrasts and graphic aesthetics of Moriyama's work are reminiscent of the 1940s film noir genre, the individual in the portrait the literal embodiment of the trope of the mysterious woman.

The striking model with the shaven head stares stoically out at the audience from Araki's portrait, allowing us a glimpse at the performativity of the art of Kinbaku, Japanese bondage, at the theatricality of the roles and emotions involved: photographer and model, dominant and submissive, free and bound, pain and pleasure. Half submerged in an aquarium with an iguana, she holds herself poised, the centre of attention.

Moving from the role of the voyeur to the involved spectator, Roger Ballen offers us an alternative theatre, drawing his audience in as active participants through the encounter of his photographs. Creating intricate settings and characters, his work deviates from traditional photography, staging the tension between inner and outer worlds. Ballen's theatrics are reflections on the human condition, through a twisted Ballenesque filter.

All is not as it seems in Gavin Turk's Dinosaur Transit Disaster: The demolished white van tells a tale of the casualty of working class 'British-ness', which is burning out in the aftermath of a crash with another vehicle, the wreckage an allusion to its redundancy our post-industrial and multi-cultural times. As is often the case, Turk's work explores the myth of the artist in the case of this large-scale silkscreen Turk's exploration is focussed on Andy Warhol's appropriations. Where Warhol's image desensitises, Turk's aestheticises–romanticises even–the dramatic occurrence of an accident.

Its silver colour compliments Joel Morrison's work of a weather balloon stuck in overturned shopping cart, which is a play on the materiality of the objects and mediums involved. The sculpture seems to function as a stage prop, the brilliance of the stainless steel reflecting the compelling colours of Crow's large canvas.

All the World's A Stage

Be among the first to know when new artworks and exhibitions at Reflex Amsterdam are added to Ocula.