Daniel Buren is a highly regarded French conceptual artist known for his institutional critiques. He is renowned for his use of non-gallery public spaces and his 'non-painting' system of pasted paper and printed canvases, where white vertical stripes alternate with a chosen colour.

The repeated parallel bands avoided compositional decisions, and the lack of dominance of any one colour minimalised the possibility of meaning. This methodology focused on the social and spatial environment in which the 'intervening' work was placed, and functioned beyond the rigid conventions of institutional gallery practice.

In 1960, Buren graduated from École Nationale Supérieure des Arts Appliqués et des Métiers d'Art in Paris. After a year in the Caribbean painting frescos in 1965, he began making his striped poster works. Furtively installed in situ displays in Parisian streets, these affichages sauvages (wild posterings) were intended to undermine institutional arrogance, working outside the orthodox frameworks or systems. Buren sees artworks as not autonomous but vitally linked to what is around them.

Around this time Buren rose to prominence as co-founder of the radical Parisian art group BMPT (Buren; Mosset; Parmentier; and Toroni). The group consisted of four disparate individuals attempting to marry a Situationist critique of art institutions with a post-structuralist denial of authorial identity and representation as part of an attack on capitalist consumption. They utilised performance, text, and their individual styles of repetitive minimalist painting, as seen in their Manifestation exhibitions (1966—1967).

As Buren increased in popularity, presenting work in the United States, Europe, and Australia, he exhibited more and more with the type of art and museological institution he had often critiqued. He complained it was becoming impossible to intervene, particularly as the top international art institutions clamoured for his attention. Over time he became more decorative, but not always.

For The forms: Paintings (1977) at the Centre Georges Pompidou, he had five striped canvases cut to the same size as five works on display from the collection, but positioned behind them on the wall. Hidden, Buren's canvases were detectable only through wall labels placed next to the label of each frontal painting. For his debut solo exhibition in 1968, Buren blocked off visual access to his exhibition by pasting stripes over the large glass entrance to Galerie Apollinaire, his dealer gallery in Milan.

Over time Buren become more inventive with the physical properties of the unusual social spaces he sought, attacking the towering internal Guggenheim space with the massive Peinture-Sculpture (Painting-Sculpture) in 1971. In the nineties, he began modifying architecture with coloured transparent roofs and mirrors, experimenting with light and, sometimes, short lines of truncated stripes in works such as A Perimeter for a Room Work in situ (2011) and Colours for a Pergola: Situated Work (2014).

Glowing light boxes of stripes also appeared in works such as 5 Colours of Electric Light: Situated Work (2011), as well as zig-zagging planar reliefs that projected out from the wall in Pile up: High Relief nº B5 (2017). Now his works became easy to acquire commodities, though some 'situated work' stated site-specificity, aiming at conceptual consistency. 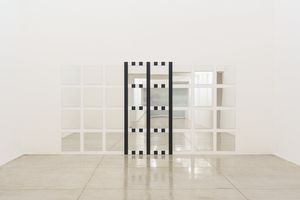 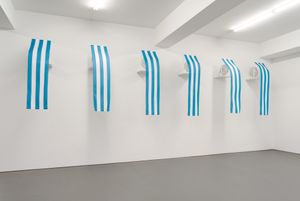 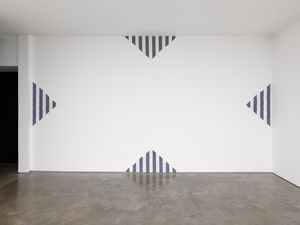 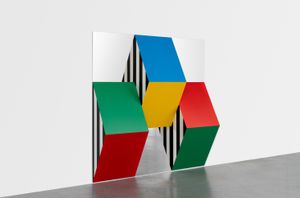 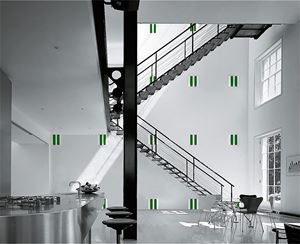 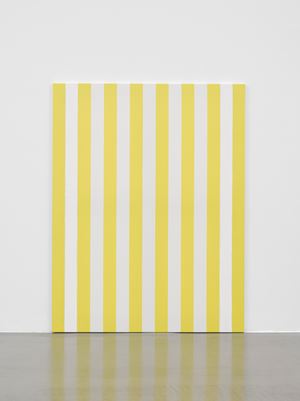 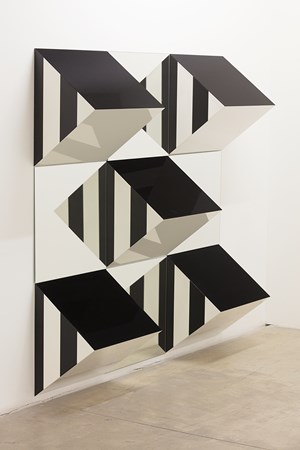 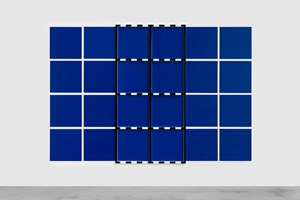 Since the beginning, IZOLYATSIA was driven by an ambition to implement new economic models in Ukraine, changing its mono-industrial profile to a more diverse landscape of local creative enterprises.

View All (8)
Related Press From the return of FIAC to a Russian arrival at Fondation Louis Vuitton: The best cultural pursuits in Paris this October 18 October 2016, The Telegraph

Frieze may be over for another year, but as the tents are dismantled in London’s Regent’s Park, so the art market circus is preparing to pitch camp in Paris. This week sees the 43rd edition of FIAC, the Foire Internationale d’Art Contemporain or International Contemporary Art Fair, as well as the second edition of Asia Now...

Visitors to Nahmad Contemporary this month will be seeing stripes – and lots of them – as the gallery presents Origin of Stripes: Paintings from 1965­–1966, a collection of paintings by artist Daniel Buren. Featuring ten early works by the French artist, the show marks the first display of the pieces in the United...

Expo Chicago, that city’s annual contemporary art fair, announced the list of participants for its 2016 editions of In/Situ, In/Situ Outside, and Expo Projects. These sectors of the fair feature large-scale installations, and will be placed both at the fair and around Chicago. Expo Chicago opens September 22.

When the French abstract minimalist artist Daniel Buren – aka 'the stripe guy' – first discovered the murals of Mexican social realist painters David Alfaro Siqueiros, José Clemente Orozco and Diego Rivera during his maiden voyage to the country in 1957, he says, 'I discovered that I was not only seeing something totally...

Sign up to be notified when new artworks and exhibitions by Daniel Buren are added to Ocula.
Sign UpLogin