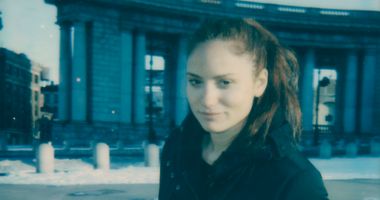 Ocula Conversation Rachel Rose on the Alchemy of PowerRead More

Rachel Rose is a New York-based artist known for her dreamlike video installations. In her evolving practice, she explores the evocative potential of digital video, gathering and manipulating a range of existing and original material, including video footage, images, sound, and text, to depict the threads between humanity's collective contemporary anxieties, as well as our relationship to the natural world, technology, mortality, and history.

In Rose's earlier artworks, such as Sitting Feeding Sleeping (2013) and A Minute Ago (2014), she used audio-visual techniques to create video mash-ups that are concerned with modernity's fading promises of progress and wellbeing. In Everything and More (2015), she explores notions of the scope and limits of perception through the experiences of an American astronaut. For this, she carefully tailored the astronauts' accounts of disorientation in space to shots of a NASA training facility and abstract imagery that evokes deep space.

A recent project, Wil-o-Wisp (2018) is a video installation co-commissioned by the Philadelphia Museum of Art and Turin's Fondazione Sandretto Re Rebaudengo. Using narrative storytelling and a full cast and crew for the first time, she chronicles the story of a healer whose fate is linked to the power of coincidence and changing perceptions of magic amid social upheaval in agrarian England at the turn of the 17th century.

Rose similarly likened the emergence and acceptance of capitalism in 17th century Britain to an alchemical process in Enclosure (2019), a film revolving around a heist in the countryside. As the artist told Ocula Magazine in 2021, many of her works concern the transformation of the inexplicable and magical into the rational:'I don't know whether magic dies or just gets sublimated into how capitalism functions.'

In 2015 Rose received the Frieze Artist Award and was commissioned to create an installation for Frieze London. Supported by LUMA Foundation, she created a scale-model of the fair. Inside the model, Rose simulated the sense frequencies of the animals of Regent's Park (where the fair is held each year) using light and sound. The project was designed to draw attention to the park's multiple layers of engagement and to open up a spectrum of sensory worlds for fair visitors to experience.

Originally from Westchester County, Rose holds a BA in Humanities and BA in Art from Yale University, New Haven; an MA in Art History from The Courtauld Institute of Art, London; and an MFA in Visual Art from Columbia University, New York.

In 2021, Rose's work is scheduled to for group exhibitions SUN RISE | SUN SET at Schinkel Pavillon, Berlin, and Supernatural America: The Paranormal in American Art, which will travel to Minneapolis Institute of Art, Toledo Museum of Art, and Speed Museum of Art, United States.

Each November the art world casts its attention on Italy’s art centre of Turin for the annual Artissima art fair. However, its not only the fair that attracts the international art cognosc

'Climate change is not an issue of the environment,' writes the Global South collective Wretched of the Earth in the preface to a letter pleading for Extinction Rebellion to reconsider the tactics and

Read More
Related Press Then and Now: Reaching for the Stars, Artists Capture and Replicate the Awe-Inspiring and the Invisible 17 March 2017, ARTNews

From George Inness, who 'translates just the light and feeling of a fixed hour,' to Vincent van Gogh, whose cypresses are like 'voices of aspiration, joy or fear,' to Jackson Pollock, who, Robert Rose

It’s a sunny autumn day in the small Japanese city of Okayama, and two British men born in the 1960s are conversing about cameras. Liam Gillick and I both own the retro-looking Fujifilm X-Pro1, which we’ve chosen for its impressive price-to-performance ratio. “I’ve used it a lot in my work,” a ruddy-faced, relaxed, and...

Be among the first to know when new artworks and exhibitions by Rachel Rose are added to Ocula.
Sign UpLogin