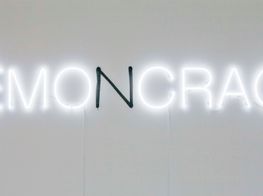 Kader Attia, whose atmospheric installations explore ideas of repair, has been appointed curator of the 12th Berlin Biennale for Contemporary Art.

The Berlin Biennale for Contemporary Art has named artist Kader Attia as the curator of its upcoming edition, scheduled for 2022.

In 1998, the inaugural Berlin Biennale was jointly curated by Klaus Biesenbach, Nancy Spector and Hans Ulrich Obrist with the ongoing mission to bring together 'the most influential current positions of artists, theorists and practitioners'.

Recent artists to curate the biennial have included DIS, a New York-based collective that focused on the digital for the 9th Berlin Biennale in 2016. 'Our proposition is simple,' DIS had said. 'Instead of holding talks on anxiety, let's make people anxious.'

Raised in France and Algeria, Attia is known for his concept of 'repair', a notion that interrogates modes of cultural resistance and appropriation as a means of decolonisation, while examining the ongoing effects of colonisation on nations and individuals.

The breadth of Attia's practice can be seen in such works as Untitled (Ghardaïa) (2009), a model of the ancient Algerian city made out of cooked couscous that highlights the extensive cultural and intellectual exchange between North Africa and Europe before the colonial period. Shifting Borders (2018), a mixed media installation presented at the 12th Gwangju Biennale, continues his recurring use of prosthetic limbs to signify processes of trauma and repair.

Attia is also the founder of La Colonie, an independent cultural centre in the 10th arrondissement of Paris, which closed permanently in 2020 due to the coronavirus pandemic.

Attia was selected by an international committee of artists, professionals, curators, and directors, including artist Yael Bartana; Krist Gruithuijsen, director of KW Institute for Contemporary Art; and artist and independent curator Gabi Ngcobo, who curated the 10th Berlin Biennale in 2018. —[O]

The 11th Berlin Biennale for Contemporary Art 'is the exhibition that Berlin and its art world needs'.

Kader Attia spent much of his childhood between Algeria and France and lived in the Democratic Republic of Congo and Venezuela as a young adult. With such a background, a key component of his work is the question of cultural conflict. Approaching 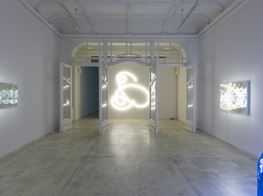 Galerie Krinzinger was founded in 1971. Since then at least 400 solo, group and topic shows have been organised. The main issue of the gallery program results on one side from international performance art and body related art (Chris Burden, 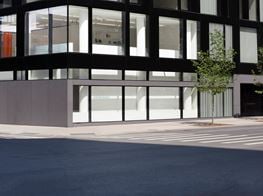