Storied curator Sir Norman Rosenthal selected the London artists he considers the most promising of their generation.

The video showcase is curated by Sir Norman Rosenthal, who led exhibitions at the Royal Academy of Arts from 1977 to 2008. It borrows its name from Rosenthal's 1982 exhibition Zeitgeist, a survey of paintings by 45 artists at Berlin's Martin-Gropius-Bau.

'That complex German word "Zeitgeist" (Time/Spirit) that more and more has entered the English language ... naturally relates to place as well as time,' wrote Rosenthal in a statement. 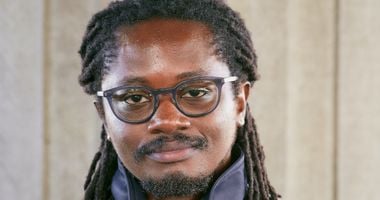 'Each of the four young artists chosen I believe address these issues subjectively, inevitably, sometimes obliquely, yet each in a "Spectacular" and "Beautiful" way onto the iconic Piccadilly Lights screen,' he continued. 'They then are transmitted to the other side of the globe.'

Up first is Alvaro Barrington's Trust Your Global Stranger, continuing until 7 July. The work was inspired by clouds, which have come to mean different things to him over the years.

'During lockdown it became nature unorganised by humans. [It's] just doing its thing and will continue to do its thing when we are no longer on this planet,' he said.

Anne Imhof's One—in which Eliza Douglas whips the incoming tide as the sun sets in nothing but a pair of Adidas tracksuit pants—will show on 8, 16, and 24 July.

Matt Copson's fire-eyed animated Gargoyle, which attempts to blend into the surrounding architecture, will then show from 9 to 15 July.

'Occasionally it coughs up junk (M&Ms, milk, coins, roaches) and spits them out like a cat would a hairball,' Copson said. 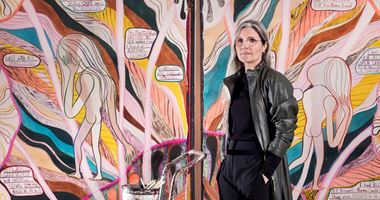 Next is Larry Achiampong's Reliquary 2: A Letter of 4 Chapters (17 to 23 July), which stars a Black comic book spaceman in a green spacesuit.

And finally, duo Rosie Hastings and Hannah Quinlan will show Everything is folly in this world That does not give us pleasure, a work that portrays queer dance as a form of freedom and resistance, from 25 to 31 July.

LONDON ZEITGEIST is presented by CIRCA, a digital platform that was established by artist Josef O'Connor in 2020. Since then, it has shown works on the Piccadilly screen by Ai Weiwei, Eddie Peake, Patti Smith, Emma Talbot, and David Hockney.

The schedule for the LONDON ZEITGEIST video showings in all three cities can be viewed on the CIRCA website, along with the videos themselves. Limited edition prints by the artists are for sale on their website, with profits going to the commissioning of new public art. —[O]