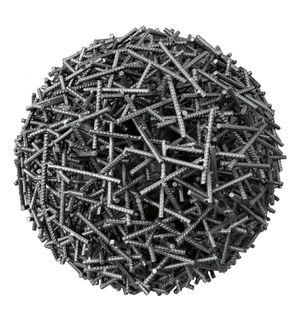 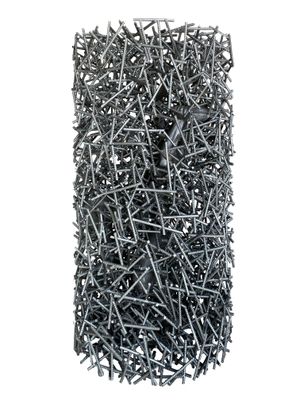 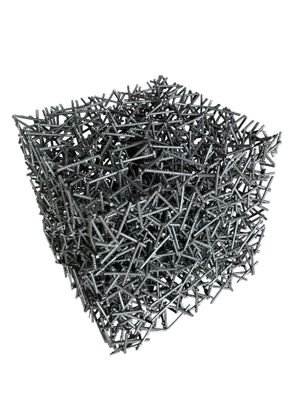 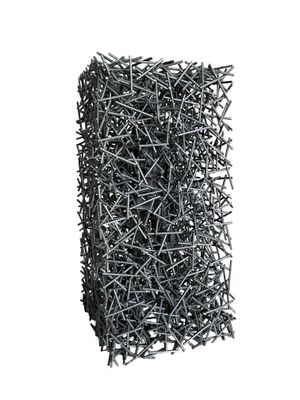 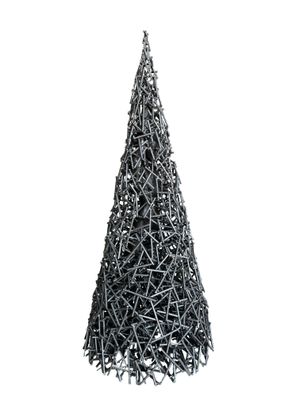 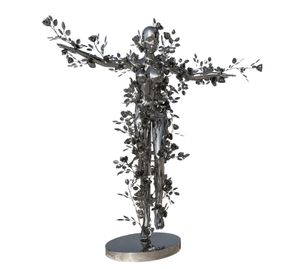 New York, NY, May 1st, 2021 - Eli Klein Gallery is honoured to be presenting Li Hongbo: Empathizing–the artist's third solo exhibition with the gallery, showing 10 new sculptures utilising the mediums of stainless steel, cast iron, and rebar. Li Hongbo has received universal acclaim for his 'Tools of Study' and 'Absorption' series, both of which were paper-based manoeuvrable sculptures. Li's mastery in metal was first critically acknowledged when he won the Sovereign Art Prize in 2017. As an important continuity and progression of his exploration in metal, the exhibition brings a selection of sculptures within this extended oeuvre, showing Li's sensitivity towards materials other than the use of paper. It invites the viewers to empathise with the contemporary living experiences which are illustrated by the sculpted figures. Such exploration of mediums has become a Li Hongbo speciality reflected in his works from the past two decades.

The 'Stage' series consists of 4 stand-alone sculptures, each approximately 10 feet in height with a ballerina placed at its very pinnacle. Unlike the common expectation that a stage is a somewhat spacious platform to be performed on, these 'stages' amount to only a single dot of space that connects the performer to what holds her upright. Poetically highlighting the human dilemma of existence as independent beings, and at the same time, social animals, these 4 sculptures illustrate the bitterness of life–it is a fine line (or dot) to walk in between altruism and selfishness. At the same time, the tall metal poles which are appearing merely to point towards, can actually be interpreted as an extension of the dancers' legs–an essential body part that physically and psychologically links her to the earth - the ultimate stage that's without boundaries.

'Standard Space' is the series title of 5 sculptures depicting human figures each hunkered down by the hundreds of thousands of rebar parts that press against his/her body from all angles. These works manifest the constant battle between the sculptor's subjectivity (to sculpt) and objectivity (to be sculpted) as the sculptor inevitably sympathises with what's being sculpted. From the viewer's standpoint, as sculptors of our own lives, we oftentimes find ourselves encompassed by the very material we have in hand–in this case rebars suggesting the civilisation which has resulted from the Industrial Revolutions. Li Hongbo believes that almost all shapes were made out of these 5 standard shapes: sphere, cube, cylinder, cuboid, and cone, each of which is represented by a stand-alone sculpture in this body of work. Presented here, a seemingly primitive yet highly romanticised epistemology recalls Leibniz's Monadology and Spinoza's Pantheism. Li Hongbo's order doesn't ask for a more methodical approach, but only an open heart capable of empathy.

Ultimately, Seasons of Flower - Rose, the largest and perhaps the most romantic sculpture in this exhibition, demonstrates how we balance the need to exhibit and the self-discipline not to. Unlike the figures detained in a world of metal rebars in 'Standard Space' sculptures, here the relaxed figure emerges to show only signs of positivity. However, Li Hongbo utilises flowers as a metaphor that symbolises our desire for attention which is, unfortunately, being constantly encouraged and rewarded. While we are so accustomed to the new tradition of showing off on all platforms, one must learn to deal with what is not displayed publicly.

A digital catalog with an essay by Dr. Michael Maizels accompanies this exhibition.

Sign up to be among the first to know when new exhibitions by Li Hongbo or at Eli Klein Gallery open.
Sign Up