Josh Smith is an Okinawa-born American contemporary artist based in New York. While known for his various series of abstract and semi-abstract paintings, Smith's diverse practice spans a range of mediums and styles as he reflects and counters cultural norms and contemporary art tastes.

Raised in East Tennessee, Josh Smith studied at Miami University in Ohio between 1994 and 1996. In 1996 he transferred to the University of Tennessee in Knoxville, from which he graduated with a BFA in 1998. While he focused on printmaking during his studies, he quickly became more prominent for his paintings.

In the early 2000s, Josh Smith created a series of collages that combined photocopies and drawings with found documents, utilising their flat forms and colours as a substitute for paint. This approach of layering visual languages into abstraction is visible in contemporaneous abstract paintings by the artist that also reacted to surreal and expressionistic painting modes.

Josh Smith's untitled series of paintings from the 2000s, for which he first became known, incorporated the letters of his name. These autograph-like works interrogated notions of authorship and the function of painting. The name motif was also a basis from which the artist found the freedom to experiment with abstraction and figuration.

The various series that have followed Josh Smith's initial success have taken different paths, through which he has used his work as a means to think about life, art, and the creative process. While seeming spontaneous, some of his works have taken years, emerging only at the end of a complex process both methodical and psychological.

Borrowing from and critiquing the language of modern painting, Josh Smith has painted everything between monochrome abstractions and colourful figurative paintings. The subjects of his figurative series have included spiders, watermelons, devils, road signs, turtles, palm trees, fish, and skeletons. Another significant motif for Smith is the Grim Reaper, which featured 11 times in his 2017 solo exhibition at STANDARD (OSLO).

Alongside painting, Smith creates sculptures, ceramics, drawings, books, and prints. No matter the medium, the artist's work embodies the same spirit of experimentation. Since the late 1990s he has exhibited across the United States and Europe, and his work can be found in public collections such as The Museum of Modern Art, New York; Centre Pompidou, Paris; and Moderna Museet, Stockholm. 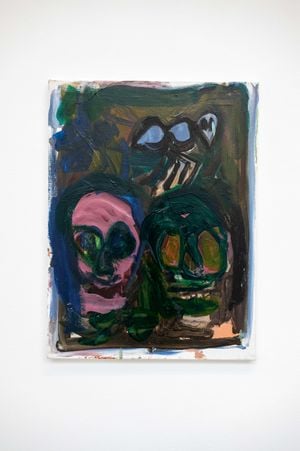 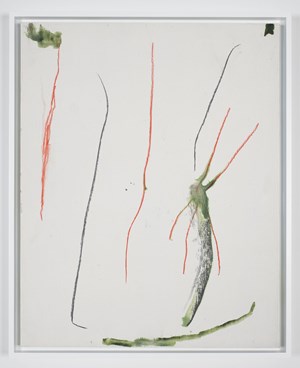 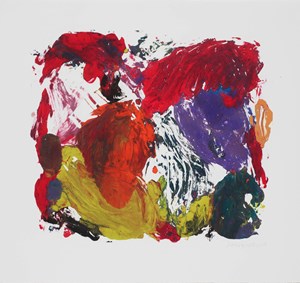 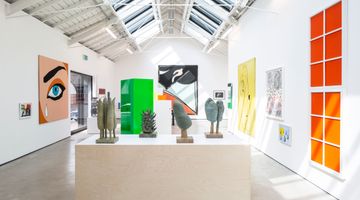 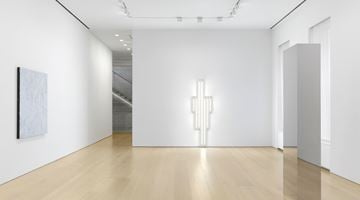 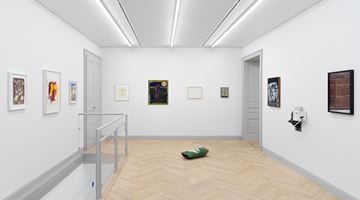 Closed
14 November–12 December 2020 Group Exhibition All In One. One Work By Each Gallery Artist Galerie Eva PresenhuberRämistrasse, Zürich
Recent ExhibitionsView All (14) Exhibitions 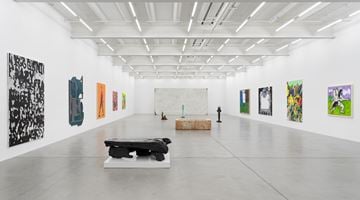 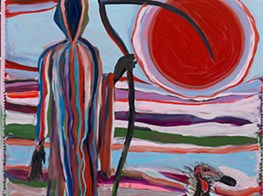 Anyone who has followed Josh Smith's work, since his memorable exhibit at Reena Spaulings Fine Art in 2005, would undoubtedly admit the boundary of the artist's often-rectangular canvases does not constrain his highly-charged emotional and restless energy. Most would take notice how Smith has continually been able to explore endless potential, and...

Creature, a thematic exhibition at The Broad, is one of those shows, like the recently opened Raymond Pettibon: A Pen of All Work at the New Museum in New York, whose meanings and context have been jolted, scrambled, and reloaded by the resistible rise of Donald J. Trump. As it so happens, Creature opened on November 5th, the Saturday... 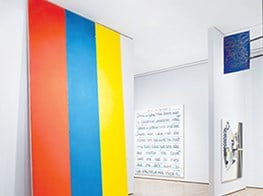 Featuring multiple works by 17 artists in different media – from soap and wax to ink and synthetic polymer, and good old fashioned oil on canvas – The Forever Now: Contemporary Painting in an Atemporal World, curated by Laura Hoptman, staked its premise not upon the varied matter of materials, but the fungibility of temporal allusion. Purporting... 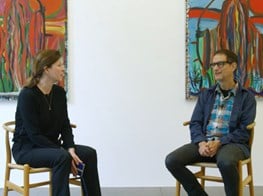 Josh Smith talks with Anne Pontégnie on the occasion of his exhibition Finding Emo at Xavier Hufkens, Brussels (7 June—13 July 2019). 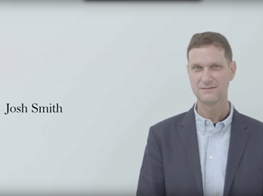 Xavier Hufkens is delighted to present American artist Josh Smith’s first exhibition at the gallery. Josh Smith is known for an oeuvre that is as diverse as it is distinctive. Encompassing oils, drawings, prints, posters, artist books and sculptures, some of which are representational, others of which are abstract, Smith’s output...

Be among the first to know when new artworks and exhibitions by Josh Smith are added to Ocula.
Sign Up