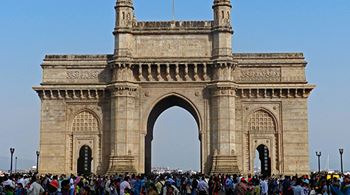 The art ecosystem of the bustling city of Mumbai is extremely diverse, from UNESCO-awarded sites undertaking restoration processes to experimental art labs that champion a younger generation of artists.

For architectural gems and historical decorative arts, visit the Chhatrapati Shivaji Maharaj Vastu Sangrahalaya, previously known as the Prince of Wales Museum of Western India. Housed in a building completed in 1914, the museum is known for its Indo-Saracenic architectural style that mixes Hindu, Saracenic, and (some) Western architectural elements. The museum is also known for its sculptures, Indian miniature paintings, European paintings, porcelain and ivory from China and Japan within its collection of an estimated 50,000 artefacts.

The oldest museum in Mumbai is the Dr Bhau Daji Lad Mumbai City Museum, formerly known as the Victoria and Albert Museum. Founded in 1855, the museum was opened to the public in 1857. Its collection consists of fine and decorative arts of the 18th through 20th centuries, including rare books, photographs, models, costumes, and, perhaps most significantly, a 17th-century manuscript of famed Arab poet Hatim Tai.

The National Gallery of Modern Art (NGMA) remains one of the key cornerstones of contemporary art in India. Previously a public hall, the gallery was established in 1996 as part of a restructuring that made way for five exhibition spaces, a lecture auditorium, a library, and cafeteria. NGMA exhibitions focus on artists of the region such as Amrita Sher-Gil, with a collection that dates back to 1857 and encompasses the visual and plastic arts.

For more experimental art, non-profit organisation Mumbai Art Room is dedicated to the contemporary arts, design, and visual cultural both in India and globally. Highly invested in emerging artists, Mumbai Art Room emphasises both accessibility and innovation in the arts. The gallery features a Curatorial Lab, and its programming is a key asset for young contemporary artists in India. Other galleries of note with a less experimental focus include Jhaveri Contemporary, Akara Art, Chatterjee & Lal, and Jehangir Art Gallery.mumbai

Past Exhibitions In Mumbai