Ha Chong-Hyun: An Introduction to a Leading Artist 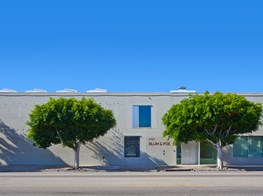 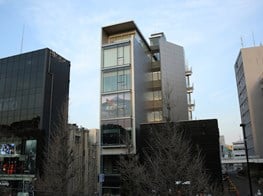 In this IGTV video, Felicia Chen, associate director of Blum & Poe, Tokyo, provides a short but insightful introduction to Korean-born artist Ha Chong Hyun's practice through a discussion of the works exhibited by Blum & Poe in the artist's solo exhibition, which took place at the gallery's Tokyo space between 23 March–18 May 2019).

The exhibited works belong to the artist's 'Conjunction' series, ongoing since 1972, which is made by pushing oil paint through the back of the canvas and using tools to manipulate the wet paint. Called bae-ap-bub or the back-pressure method, this simple technique allows for countless variations depending on factors such as the pressure with which Ha applies paint and the size of the pores in the fabric. In an interview with Ocula Magazine in 2017, Ha reflected that he chose the word 'conjunction' as the title of his series because it 'is really the essence of my work: the conjunction between the materials—oil paint and hemp cloth—and my spirit and performance.'

Chan notes the artist's concern with his presence in the act of creating his paintings, describing them as 'an accumulation of labour and method' in which the artist commits his body to painting. The 'Conjunction' paintings on view are noteworthy for the method Ha uses, which involves applying a flame to the canvas. For Conjunction 15-280 (2015), for example, Ha pushed white paint through the fabric, charred its surface with a flame, then scraped the blackened surface off to reveal the white paint underneath.

In the video, Chan discusses Ha's relationship to Dansaekhwa, a style of abstract painting that emerged in postwar South Korea. Ha and his contemporaries—among them Lee Ufan, Yun Hyong-keun, Park Seo-Bo, and Chung Sang-Hwa—were working in an impoverished and politically unstable environment, which led them to experiment with inexpensive materials and an often neutral or monochromatic colour palette. In Ha's case, the artist favoured the burlap sack—as opposed to a regular canvas—that was then being sent by the United States to transport relief goods during and after the Korean War.

Born in 1935 in Sancheong, a small county in Gyeongsang Province, Ha graduated with a BFA from Seoul's Hongik University in 1959. While best known for his Conjunction paintings, he has also worked with abstract compositions. White Paper for Urban Planning (1967) from the 'Urban Planning' series, for example, depicts angular shapes composed of straight lines and monochromatic gradients that are evocative of patterns found in traditional Korean architecture. In the early 1970s, Ha also experimented with sculptural installations and materials other than burlap, such as placing a wooden beam upright on a rope stretched between two walls of a gallery (Relationship 72-11 [1972]) or lining barbed wires across the canvas (Untitled 72-C [1972]).

Over the years, Ha has employed bae-ap-bub to create various surfaces and patterns in his 'Conjunction' paintings. Conjunction 74-26 (1974), for example, depicts rows of white paint, roughly in the shape of dots, while short, vertical, and rectangular marks fill up the canvas in works such as Conjunction 05-171 (2005) and Conjunction 17-25 (2017). The angular and seemingly irregular patterns of strokes in paintings like Conjunction 2001-1-4 (A) (2001) and Conjunction 03-8 (2003) are loosely based on the shape of the vowels of hangul, the Korean alphabet.

Ha has long been recognised as an influential figure in the art world in Korea, both as an artist and educator. In 2012, the National Museum of Contemporary Art in Gwacheon organised a major retrospective exhibition of the artist; before that, a solo presentation was held at Gyeongnam Art Museum, Changwon, in 2004. While working as a full-time artist, Ha also served as the chairman of Korean Avant-Garde Association between 1969 and 1974; Dean of Hongik University between 1990 and 1994; commissioner and advisor to the inaugural Gwangju Bieannle in 1994; and Director of Seoul Museum of Art from 2001 to 2006, among other positions. By far a leading member of Dansaekhwa, he was part of the group exhibition Dansaekhwa—a Collateral Event of the 56th Venice Biennale curated by Yongwoo Lee—that showcased works by key artists associated with the movement.

In addition to his illustrious career, Ha's recent and upcoming exhibitions indicate his capacity as a still active and evolving artist. His solo show Conjunction at Tina Kim Gallery, New York, in 2018, for example, entirely consisted of then-new paintings and was accompanied by a monograph of the artist. Ha Chong-Hyun, which is currently on view at the Busan branch of Kukje Gallery (a gallery primarily based in Seoul) until 28 July, also demonstrates the artist's ongoing experimentation through recent works made by applying sooty smoke to wet paint.—[O] 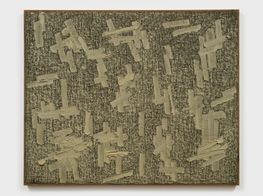 Ha Chong-Hyun is recognised for his contributions to the development of abstract art in postwar South Korea. The artist is closely associated with Dansaekhwa, a style of monochromatic abstract painting that emerged in the late 1960s and 70s with an 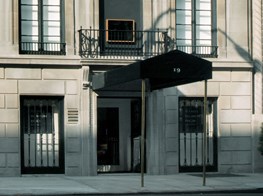