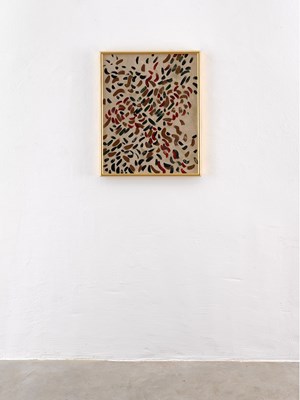 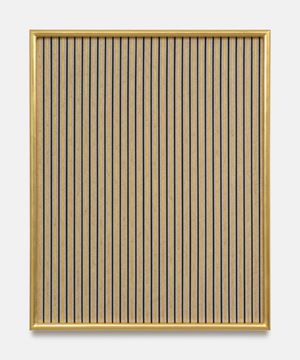 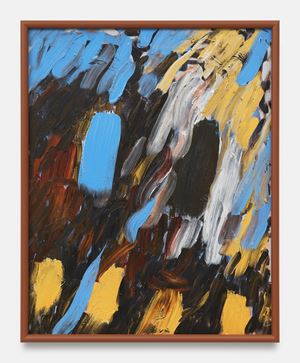 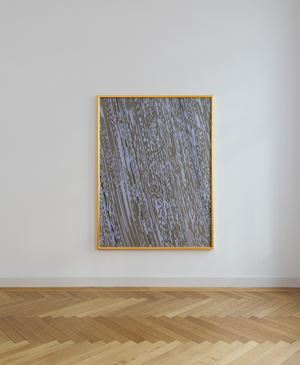 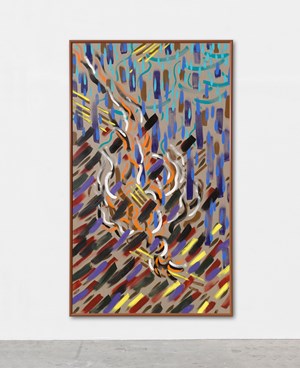 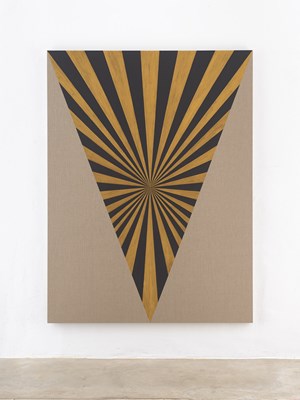 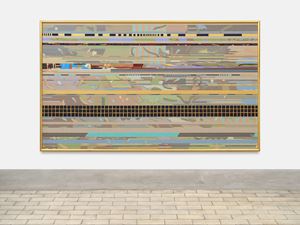 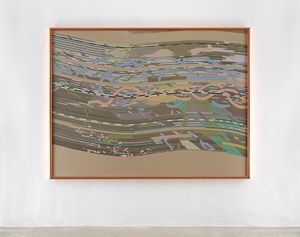 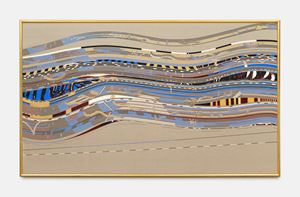 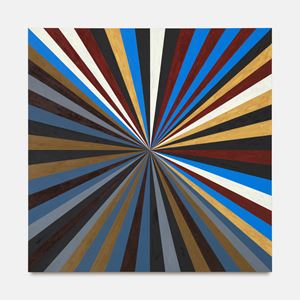 KEWENIG is delighted to open Elisabeth Frieberg's first solo exhibition in Germany. White Black Death Gold focuses on the most recent works on canvas by the Swedish artist. Frieberg's abstract oil paintings are deeply influenced by nature, personal experiences and encounters. Her palette is derived from landscapes she has travelled like the ones of New Mexico, Tuscany, or Canada. Through beaming colours, and vibrating lines, she energetically transposes nature and the world around her onto the canvas.

Frieberg's works are done in several interweaving layers that often juxtapose various references and patterns. Her painterly ways of expression range from light playful brushstrokes in vivid colours to very accurate structures made in a technically driven process in which the artist draws exact lines with the help of tape which is later removed from the canvas. The exhibition takes its title from a group of three works, each made in the same lustrous, heavy colour spectrum of black, gold, coagulated blood red and a dark shade of sky blue. White Black Death Gold (2019) is the largest painting of this group. On this wide landscape format Frieberg combines two of her most important formal languages: a very graphic layer of accurately taped lines extends in a wavelike movement across thick and expressive brushstrokes. In this interplay of positive and negative forms, Frieberg pays exact attention to every detail. The monochrome or patterned lines juxtapose different rhythms and scales that create movement.

In Frieberg's works, each colour has its own reference, and is often charged with symbolic meaning. Further to the sensual quality they contribute to the paintings, Frieberg's colours are conceptually linked to locations and their atmospheres—whether they are a product of her imagination or she has visited them in nature. During a long-term creative process Frieberg starts with plein-air sessions in which she extracts the colours of her surroundings and captures them in colour schedules on paper. Back in her studio these samples serve as fund which she bases her paintings on.

White Black Death Gold (Center Beam) (2019) is a strictly geometric arrangement of these colours, creating a draw to the very centre of the square canvas. The colour beams in one half of the painting are darkened, based on Frieberg's experience of the particular black colour of shadows in Canadian landscapes. It disproved the widely spread theory of painting that no black ever appears in nature and tempted Frieberg to experiment with black in this colour spectrum, creating an even more dramatic effect. Due to an injury caused by a bike accident this past summer, the artist started painting with her left hand: White Black Death Gold (Left hand) (2019) contrasts more than any other painting Frieberg's technically impeccable line drawings with liberated, almost insecure brushstrokes, thus creating extraordinary tension between these layers. Frieberg relates to her works in a very physical way. With this painting's size matching her body scale, she is able to immediately bring the movements of her body onto the canvas. Panorama, Tuscany (2019) is a personal geography derived from Frieberg's experiences outside of Florence. It mirrors her impressions of the Italian landscape and its atmosphere, highlighted with references of specific memories like splashing water of a dog playing in a pool, or architectural elements like a golden mosaic grid in one of the city's greatest landmarks, the 12th century Baptistery of Saint John.

Frieberg's awareness of the history of painting is apparent in the importance she attributes to her frames: strikingly gilded in copper or gold, they remind of medieval or renaissance paintings she studies carefully during her visits to picture galleries, especially the one decorated in black and gold which encloses the vivid brushstrokes of Green, Gold, Torso, Tuscany (2019). The strictly painted bars on the frame not only contrast strongly with the movement on the picture plane of Frieberg's abstract self portrait. At the same time they resonate with the proportions and colour scheme of the painting, thus extending the canvas.

In Dive, Heaven, Water, Hell, No. 2 (2019) Frieberg even takes up a particular historic painting. It is the artist's continuation of The Temptation of Christ on the Mountain (1308-1311), one of the panels of Duccio di Buoninsegna's medieval Maestà altarpiece that shows Christ rejecting the Devil. In Frieberg's interpretation, expressed by powerful brush strokes and a dynamic composition in a high format, the Devil—like a steep diving bird—bursts back into hell from heaven, both marked on the diagonally divided canvas through different colour schemes.

In late summer of 2020 KEWENIG will publish an extensive catalogue on Elisabeth Frieberg's painting with a text by Jurriaan Benschop and an interview with the artist.

Sign up to be among the first to know when new exhibitions by Elisabeth Frieberg or at KEWENIG open.