Arts campus LUMA Arles opened to the public in the south of France on Saturday.

Headlines typically focused on its silver tower, with a facade composed of 11,000 panels made of a stainless steel that starchitect Frank Gehry had never used before.

According to Gehry, the exterior was inspired by the region's rock formations and Vincent Van Gogh's Starry Night (1889), which was painted from the window of the Saint-Paul Asylum in nearby Saint-Rémy-de-Provence.

The 56-metre-tall tower, which houses galleries and spaces for projects, research, archives, workshops and seminars, is striking but it's just one component in a 27-acre creative campus brimming with new commissions and ambitious programming.

LUMA Arles, which took 13 years and an estimated 150-225 million euros to complete, was driven by Swiss art collector Maja Hoffmann, a descendent of pharmaceutical magnate Fritz Hoffmann-La Roche. She established the LUMA Foundation in 2004, deriving its name from those of her children, Lucas and Marina.

'LUMA is the fruit of a number of years of experimentation and of a lifelong commitment to artists and a healthy environment,' Hoffmann said. 'It's a total immersion in a world, both inside the premises and outside, in which the visitors can engage, as their fancy takes them.'

In addition to the tower, LUMA Arles is home to seven former railway factories, four of which have been renovated as exhibition and performance spaces. It also has expansive gardens that feature outdoor sculptures including a glow-in-the-dark skatepark by Koo Jeong A and Carsten Höller's Seven Sliding Doors Corridor (Outdoor Version) (2021), a seemingly endless passage installed across the site's pond.

Installation view of The Impermanent Display featuring a candle sculpture by Urs Fischer.

Standout pieces include a new permanent installation of Ólafur Elíasson's rotating ceiling mirror Take your time (2021), and a melting wax figure sculpture by Urs Fischer, which is showing in an exhibition fittingly called The Impermanent Display. —[O] 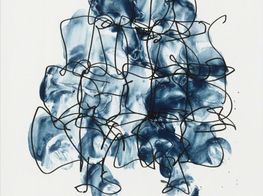 Arguably architecture's biggest celebrity since Frank Lloyd Wright, Frank Gehry's postmodernist buildings have cemented him as not only an architectural icon but as an influential figure in contemporary art and design. Early Life and Work Frank 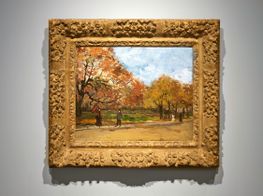 Post-impressionist artist Vincent Van Gogh is much admired for his highly individual paintings that use innovative colour and undulating distortion to convey emotional power, and was legendary for his tortured and tempestuous personality. His 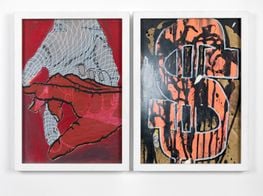 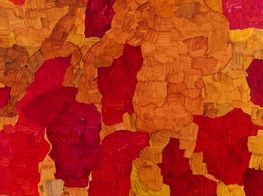 Korean contemporary artist Koo Jeong A is recognised for her poetic paintings, sculptures and site-specific architectural projects that examine notions of space and transformation. Artworks Since the 1990s, Koo has primarily engaged with