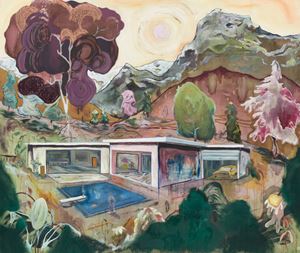 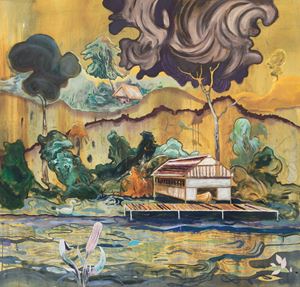 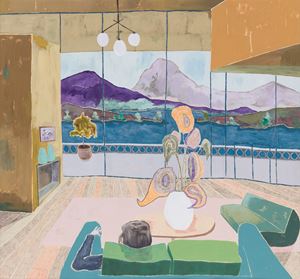 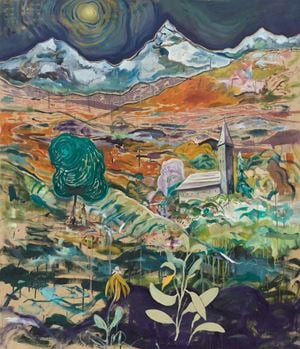 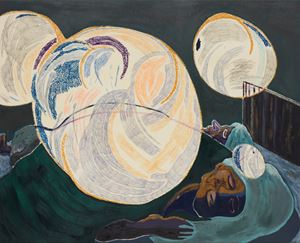 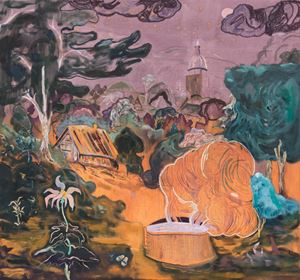 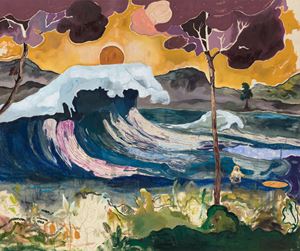 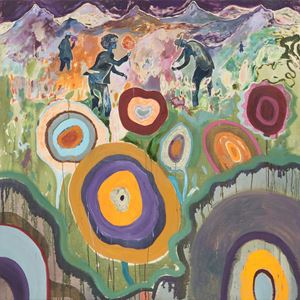 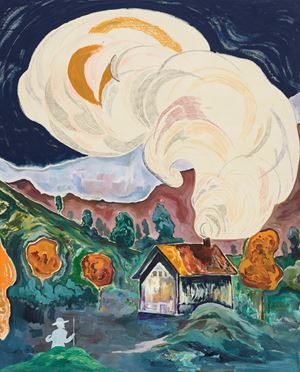 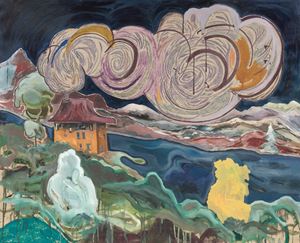 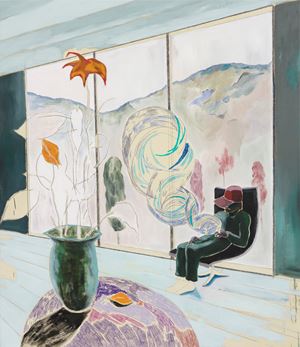 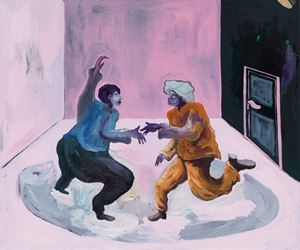 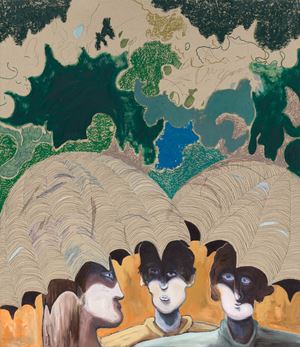 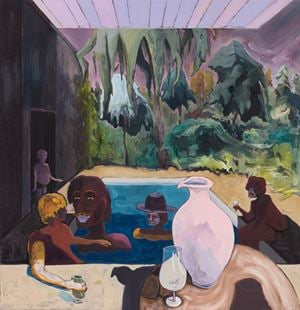 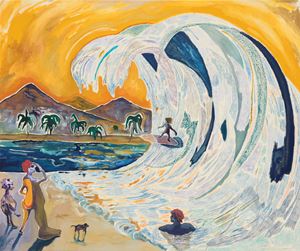 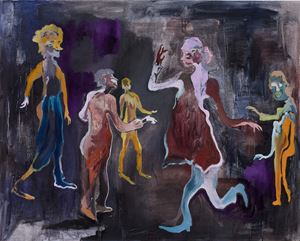 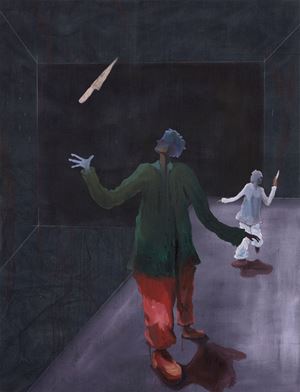 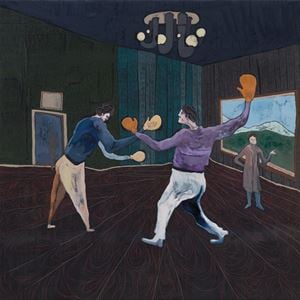 In the series of works created for Tetrachromatic Visions, the Cologne-based artist Pierre Knop delves deeper into his fascination for landscape painting, and combines it with a diverse array of visual elements to create his final compositions. The artist deconstructs this traditional genre of painting, and transfers its elements into his contemporary visual cosmos. The result is a collection of nostalgic scenes from supposedly bygone days; remote mountain paths lead to secluded buildings; rising waves caress deserted shores; sublime views reveal themselves outside the windows of abandoned houses. Depicted in Knop's works are places of longing, envisaged in extraordinary colours.

Pierre Knop's compositions chiefly derive from his personal well of memories. Conscious memories, found images, and photographic impressions are all condensed and materialised onto the canvas. Emotions embedded in each scene lead to vastly different atmospheres, which are skillfully captured by the artist through careful examination of colours.

Fundamentally, Knop explores the multidisciplinary nature of the process of painting–the constant dichotomy of drawing and painting. He instinctively employs a myriad of techniques to develop his intricate compositions, and his choice of medium ranges from ink, acrylic, and oil paints to crayons and oil pastels. Brush and pen interact in rhythm back-and-forth, leading to a delicate equilibrium of chaos and order, tension and contemplation. Knop's work steers clear of stringent formality, and his painterly practice gets its influence from the styles of the Post-Impressionists, as well as the gestures of the Expressionists.

Pierre Knop consciously avoids providing clear narratives in his works, and his images are self-sufficient in their abundance of atmospheric expression. The vibrant, luminous landscapes seem near timeless in their deliberate abandonment of the laws of physics, casting aside the notion of boundaries between day and night, past, present, and future. His nameless places seem mundane at times, whilst simultaneously coming across as distant and unfamiliar. This contradiction creates an air of mystery, leaving plenty of room for the audience to project their own thoughts and desires onto his world.

Tetrachromatic Visions–transcending the limitations of the human eye–is an invitation to let your own perception run wild, and to lose yourself in space and time amongst the intoxicating sea of images.

Sign up to be among the first to know when new exhibitions by Pierre Knop or at Choi&Lager Gallery open.
Sign Up