Abir Karmakar's early paintings and video largely focused on human figures. His paintings in the 2000s consisted primarily of photo-realistic androgynous—largely naked—portraits and self-portraits. Series like 'Interiors' (2006) and 'In the Old Fashioned Way' (2007) broke down formalities of gender, sexuality, and intimacy as it exists in relationship with oneself in private spaces. Set in the intimate spaces of the bedroom and bathroom, Karmakar depicted his and others' bodies with expressions that are sometimes confrontationally provocative and other times more self-absorbed.

In series such as 'Scent' (2011) however, Abir Karmakar's focus shifted. Largely removing the human figure from his work, the artist instead focused on presenting detailed realistic interiors that bear traces of human activity. Though there may be no provocative self-display, in 'Scent' a provocative element is preserved in messy bedrooms and bathrooms.

With roots in 17th-century Dutch genre painting, Abir Karmakar's domestic interior scenes use the composition of objects of everyday life—such as furniture, kitchen utensils, clothes, and trinkets—to form a psychological picture of the space's occupants. Frozen in a particular moment, these objects encode a memory of the home's occupants that we are not privy to.

In series such as 'Views' and 'Angles' (both 2014), the voyeuristic element of these scenes is emphasised with a rounded composition, recreating the effects of peeping through a keyhole. This optical effect also exemplifies the interplay between two- and three-dimensional space in Karmakar's paintings. Each interior scene is a balanced illusion utilising pictorial devices such as mirrors and doorways, and accurate mimicry of natural and fluorescent light, to create the impression of space beyond the flat canvas.

In some interiors, the artist inverts this spatial relationship. Abir Karmakar's wall-size 'Home' (2016) paintings for Kochi-Muziris Biennale in 2016/2017 were specifically designed for Kashi Art Gallery. Adjusted to suit the proportions and architecture of the gallery, when installed together the illusionistic interior paintings gave the impression of transplanting a whole house into the gallery. The artist even cut a door-shaped opening into the canvas to match the entrance door in the gallery.

Abir Karmakar's paintings are not exclusively photo-realistic interiors. In his 'Suns' (2015), for instance, the artist presents a series of images that turn the voyeuristic eye upon itself, depicting human eyes up close. Karmakar's practice is also not exclusive to painting—he has made several sculptures and video installations.

Abir Karmakar's 'History Painting' (2020) series, in contrast to earlier works, puts aside spatial illusions and intimate interior spaces. Instead, he documents in his realistic style the essence of life played out on India's streets during the global coronavirus pandemic. 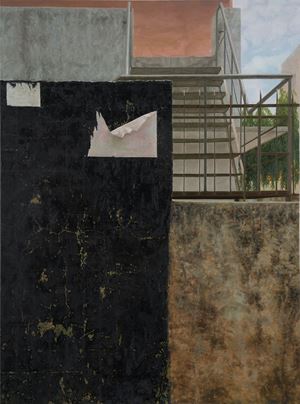 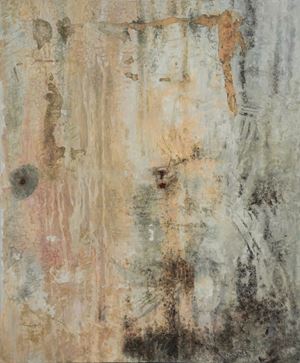 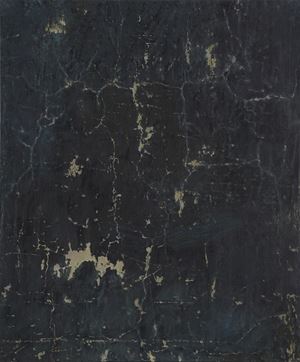 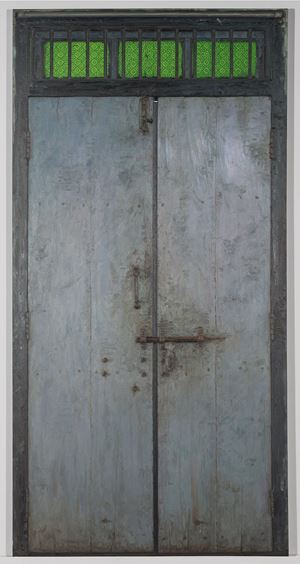 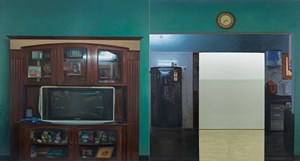 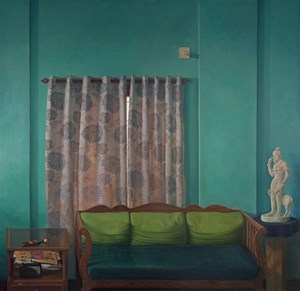 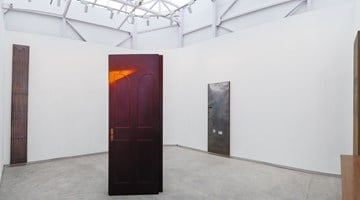 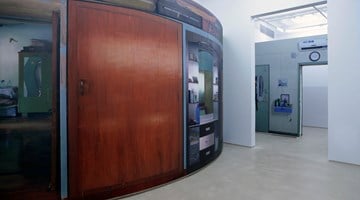 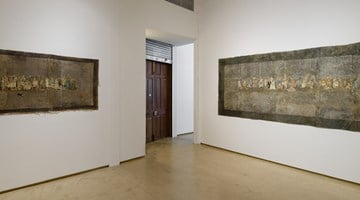 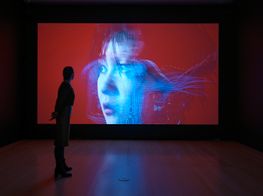 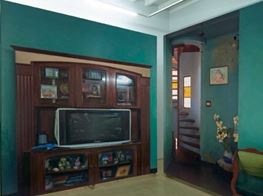 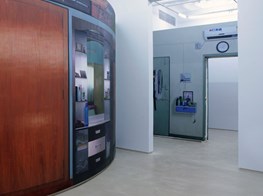 While the residents of this home, evidently furnished according to middle-class taste, are never to be seen, the paintings do not seem de-peopled. In fact, there is a sense of intimacy that Karmakar creates through the eight paintings that will be on view at Colaba's Galerie Mirchandani + Steinruecke Tuesday evening onwards. "You enter... 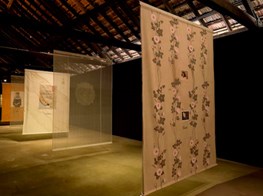 Guest curated by artist Sudarshan Shetty, the third edition of the Kochi-Muziris Biennale (KMB), titled Forming in the pupil of an eye, is an assembly of artist-created realities. Shetty outlines his curatorial concept with the story of a young traveler who went on a long journey to meet a sage. When he reaches her, 'the Sage assimilates the... 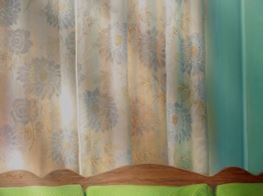 Working from photos of domestic spaces, Abir Karmakar studies the traditions of painting and its varying forms of spatial construction. Creating a photorealistic installation reminiscent of trompe l'oeil upon the walls of Kashi Art Gallery, he dramatises the space between perception and interpretation. Abir Karmakar won the 1st Asia Future Award...

Be among the first to know when new artworks and exhibitions by Abir Karmakar are added to Ocula.