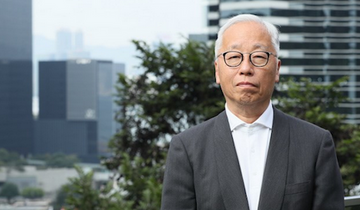 Hiroshi Sugimoto is one of the leading international artists of his generation. He is primarily known as a photographer, but more recently has also become an architect, interior designer and director of performance arts. After completing his studies at Saint Paul’s University, Tokyo, in 1970, Sugimoto traveled west and settled in Los Angeles. Since 1974, he has lived and worked in New York and Tokyo.

Sugimoto’s black and white photographs, produced since the 1970s, effectively blur the line between real and fictive. Taken up close, his photographs of dioramas are strikingly real, with their black and white tones softening the painted backdrop. Yet upon close inspection, a small detail, such as the awkward shape of a seal in Polar Bear (1976), can dismantle the carefully built illusion. Likewise, his ‘Seascape’ (1980–ongoing) series—in which the artist captured the horizon at different times of day and in different climates—is strangely quiet and surreal. In each photograph Sugimoto creates a hybrid world: one that blends the real and the imaginary.

Time is a fundamental aspect of Sugimoto’s photographs. His ‘Theatre’ series—initially conceived in 1976—features photographs of cinema halls taken with the camera shutter set to a long exposure. In the final image, the screen has become a rectangular slab of white light, something the viewer may find eerie or contemplative.

At the turn of the new century, Sugimoto’s fascination with the history of theatre brought him back to Japan where he collaborated with practitioners of traditional Japanese Noh theatre to establish a new tradition in the ancient art. Sugimoto Bunraku Sonezaki Shinju: The Love Suicides at Sonezaki (2014) is a modern interpretation of traditional puppet theatre and gained immense critical acclaim while touring throughout Europe and the United States. In 2013, Sugimoto also directed Sambaso: Kami hisomi iki or Divine Dance, which was presented at the Solomon R. Guggenheim Museum in New York.

In recent years, Sugimoto has expanded his efforts in architecture, sculpture, interior design and even cultural advancement. He founded the Odawara Art Foundation in 2009—a non-profit organisation whose mission is to promote Japanese culture with an international perspective. Sugimoto designed the building so it was versatile, with two Noh theatre stages for traditional as well as avantgarde performances. Similar to his recreations of traditional Japanese theatres, Sugimoto’s spatial works refer to his Japanese heritage.

Over his career, Sugimoto has exhibited in institutions across Japan, the United States and Europe. His work is housed in many collections, including The Metropolitan Museum of Art, New York; Hara Museum of Contemporary Art, Tokyo; and Tate Gallery, London.

Sugimoto also was the recipient of the 2001 Hasselblad Foundation International Award and of the 2014 Isamu Noguchi Award. In 2017 in Hong Kong, he was honoured at the Asia Society’s prestigious Asia Arts Awards for his contributions to contemporary art.

View All (8)
Ocula News Shinro Ohtake and Lee Ufan Retrospectives Headline Art Week Tokyo 2022 Tokyo, 25 July 2022 Ohtake's self-portrait as a scrapped shed is one of 500 works by the artist that will show at the National Museum of Modern Art in November.

Read More Ocula Photolog The Magnificent Seven Art Sites: Benesse Naoshima Part of a series focusing on the world's best art sites, this Photolog features images from Benesse Art Site on the small islands of Naoshima, Teshima and Inujima in Japan. It brings together contemporary art and architecture in resonance with the pristine nature of the Seto Inland Sea region. Throughout the islands, artworks are exhibited inside...