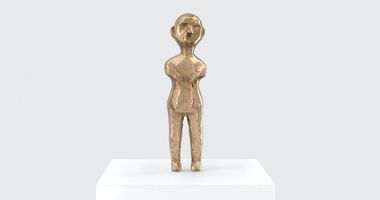 A prominent figure of the American 'Pictures' generation, Sherrie Levine is best known for her reproductions of work by Modern photographers, such as Walker Evans and Edward Weston. Working across photography, paint, and sculpture, her conceptually driven appropriations of iconic 20th-century art critique the codes of representation in the Western art historical canon.

Born in 1947 in Hazelton, Pennsylvania, Sherrie Levine attended the University of Wisconsin, Madison, where she completed a BA in 1969 and a MFA in 1973. In 1975, after two years working as an art teacher in Berkeley, California, she moved to New York.

Despite training as a painter and printmaker, Sherrie Levine made her first significant work in collage. 'Sons and Lovers' (1976–1977), a series of 35 collages that featured the silhouettes of former U.S. Presidents, attracted the attention of curator and art critic Douglas Crimp. Crimp then included this work in the seminal Pictures (1977) exhibition at Artists Space, New York.

Sherrie Levine's appropriation of well-known images further developed in the early 1980s, and she became associated with the loose group of American artists referred to as the Pictures generation. Guided by the rise of Post-Structuralist critique, Levine and her associates, including artists like Richard Prince, Laurie Simmons, and Cindy Sherman, scavenged popular imagery in order to critically examine the structures and strategies of representation underlying them.

From around 1980, Levine began reproducing well-known photographs by canonical male modernists like Edward Weston, Eliot Porter, Walker Evans, and Alexander Rodchenko. Photographing reproductions of their work in a process dubbed 're-photography', she presented the resulting images as her own.

Sherrie Levine's 'After Edward Weston' (1979) and 'After Walker Evans' (1981) series were equally praised and derided upon showing. The reproductions of the appropriated artists' most iconic images call into question art historical assumptions of originality and authenticity. A critic of the myth of artistic originality, Levine once said, 'It's a popular misconception that originality is an absolute and enduring value in art ... Still, the pressure to be original obstructs the progress of many artists.' By re-working the art of celebrated male artists in this way, Levine's appropriations also subvert the artists' patriarchal authority within the art historical canon.

Around this time, Levine also made reproductions of various paintings by the likes of Claude Monet, Vincent van Gogh, and Egon Schiele. Later, her range of subjects expanded to incorporate 'lower' art forms like comics, while her practice also broadened to encompass a wider range of materials.

In the mid-1980s, Sherrie Levine began two series of paintings that engage the strategies of Minimalist abstraction. In her knot paintings (1984–2002), Levine accentuated the knotholes of plywood panels with gold and white paint, and later with lead. This process was revisited in a 2002 rendition using colourful acrylic paint. Levine's paintings between 1985 and 1987, meanwhile, evoke Modernist seriality as based on the grid: beginning as paintings of stripes and checks, these eventually developed into recreations of chess and backgammon boards.

For Sherrie Levine, sculpture remains a dominant element of her practice. In 1997, she began splitting her time between New York and Santa Fe. Influenced by her time in the New Mexico capital, Levine started to create bronze reproductions of steer skulls in 2002. Referencing Santa Fe painter Georgia O'Keefe's skull paintings, these are the few works of Levine's that relate to a female artist.

Levine continues to create cast reproductions of various skulls, animal skeletons, and objects. In 2010, Levine created a series of cast glass human skulls recalling Damien Hirst's For the Love of God (2007). She also continues to reference famous 20th-century artists in works such as Beach Ball after Lichtenstein (2015).

In recent paintings, Sherrie Levine has reprised the approach of 'Melt Down' (1989–1990), an earlier series of woodcut prints that used pixilation software to reduce Modern paintings to grids of basic colour. Appropriating paintings by artists ranging from Pierre-Auguste Renoir to Ad Reinhardt, the original works are reduced to a simplified schema of their base colours, voiding their original representational function. In 'Monochromes After Reinhardt: 1–28' (2018), Levine takes 28 paintings from an earlier exhibition of Reinhardt's 'Blue Paintings', reducing the range of blue tones in each work into a single, monochromatic tone.

Sherrie Levine's art has been exhibited across the globe in institutional and gallery shows as well as major art events, including documenta, Prospect 89, and the São Paulo Biennial. 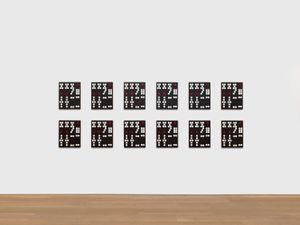 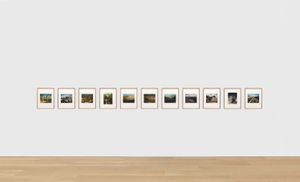 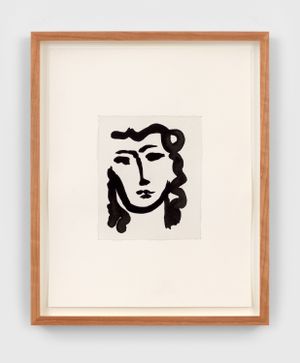 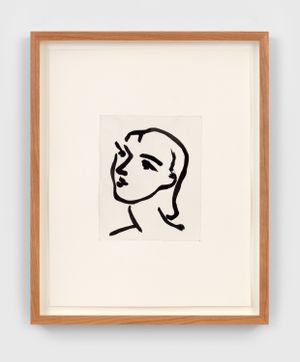 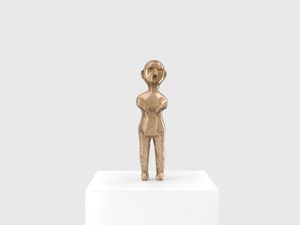 Related Press Where are they now? Tracking the Neo-geometric Conceptualists. 4 April 2016, LEAP Magazine

We live in a state of the perpetual present. With the revolving door of exhibitions in more and more venues, commercial and scholarly alike, thousands of artists appear on a relatively flat plane of aesthetics. This is good for a lot of things—fair art criticism among them—but it tends to hurt our understanding, as viewers, of where the...

There's so much to do in New York all the time. Here are 12 things to do to get a good dose of culture and art this week: Opening: Hew Locke: The Wine Dark Sea  at Edward Tyler Nahem Fine Art An Anglo-Guyanese artist who’s well known for work dealing with issues of race and colonialism, Hew Locke makes his New York solo...

Since the late 1970s, Sherrie Levine has re-contextualised images and objects in an exploration that spans a range of mediums, including photography, painting and sculpture. Centering much of her practice on the appropriation and transformation of modern masterpieces, the show is an explicit examination of the primacy of authorship, originality...

Sign up to be notified when new artworks and exhibitions by Sherrie Levine are added to Ocula.
Sign UpLogin