Since the late 1970s, American contemporary artist Richard Prince has interrogated symbols of American mainstream culture and desires that include masculinity, sexuality, and celebrity and consumer culture. Unbound by a particular style or medium, the artist challenges and redefines ideas of appropriation, authorship, and originality in art, as well as art itself.

Born in the Panama Canal Zone and raised in Boston, Prince moved to New York in 1973, where he has been living and working since. One of his first jobs in the city was with Time Life Publications. One day, while tearing sheets from some magazines, he realised that leftover images could be used to make works of art. He began re-photographing advertisements and grouping them, as in Untitled (Cigarettes) (1978–9), which shows a colour and a black-and-white photograph of a cigarette packet side by side. The artist also became associated with the Pictures Generation, a group of American artists—among them Sherrie Levine, Robert Longo, David Salle, Laurie Simmons, and Cindy Sherman—who came of age in the early 1980s, gaining recognition for their use of (often found) photographic images to examine American media culture.

Symbols of mainstream American culture continued to enter Prince's works over the next decade, often in the form of black-and-white photographs of advertisements or existing artworks to which he added colour and background dotted screens. 'Cowboys'—one of his most well-known appropriation series—for example, consists of Marlboro advertisements from the 1950s, photographed and presented without the logo. Taken out of their original contexts, works such as Untitled (cowboy) (1989)—depicting a figure riding his horse against a blue sky dotted with clouds—reveal the artificiality of the cowboy icon that was then an embodiment of American masculinity.

According to the critic Hal Foster in his 1985 book Recodings, Prince re-photographs advertising material 'not to expose the manipulation therein ... but to catch seduction in the act, to savor his own fascination with such images—even as they manipulate him via insinuated desire.' Spiritual America (1983), another of Prince's best known and most controversial works, is a re-photographed image of commercial photographer Gary Gross' 1976 portrait of a then-10-year-old Brooke Shields, who appears naked.

Prince's appropriation of pop culture has led him to explore unconventional subject matter and methods, challenging the definition of an art object. In 1985, for example, he started appropriating one-line jokes from magazines. These now-iconic joke paintings include I Changed My Name (1988) ('I never had a penny to my name so I changed my name'), the text silkscreened on canvas against a monochromatic background. He also started replacing captions on cartoon images.

In the early 1980s Prince developed a process of juxtaposing photographic images in a grid format, a grouping of found images known in photographic labs as the technique of 'ganging'. Like his other works, the artist's gangs reference pop culture magazine motifs, such as women on motorbikes in Live Free or Die (Gang) (1986) or cars and mountains in Creative Evolution 3 (1987)—image types associated with male desire. Prince's works from the 1990s on fluidly traverse multiple media while interrogating the different layers of mass media culture. His 'White Paintings' series from the late 1980s and early 1990s combine silkscreens made from publications with his drawings of domestic interiors, merging personal life and the larger culture.

Prince's 'Girlfriends' series, also from the early 1990s, consists of re-photographing images of female models in biker magazines. The 'Nurses' paintings (2002–6), on the other hand, are based on the covers of pulp fiction paperbacks featuring eroticised nurses. The artist scanned the covers and modified them with acrylic paint, covering up the nurses' faces with surgical masks and transforming the backgrounds into amorphous environments.

In recent artwork, Prince has continued to challenge the definitions of originality and authorship and extend the legacy he inherited from Robert Rauschenberg and Andy Warhol, often incorporating reproductions of other artists he admires, such as Willem de Kooning. For his 2018 solo exhibition High Times at Gagosian New York, he recycled his own drawings, first scanning and enlarging cartoon figures from his sketchbooks, then printing them on canvas and painting portions of them with oil sticks and acrylic paint. This made it difficult to distinguish between what had been painted and what had been printed. Even the exhibition text contributed to the debate over originality and authenticity—in print it was attributed to a journalist named Joan Katz, but its style closely matched the artist's on his own website. 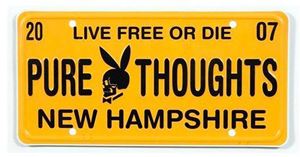 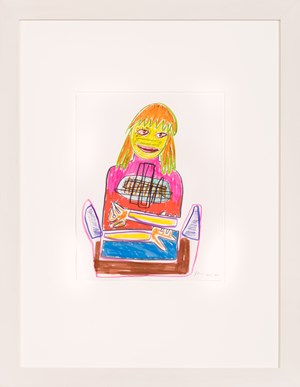 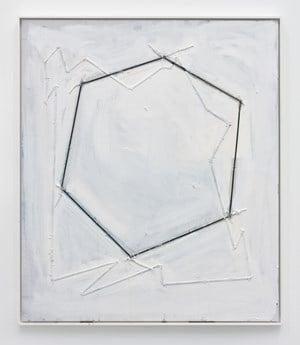 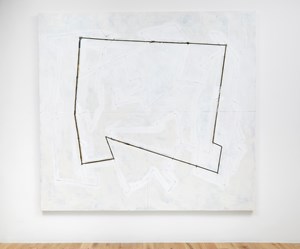 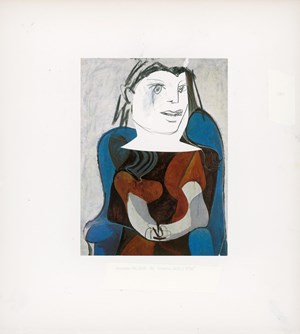 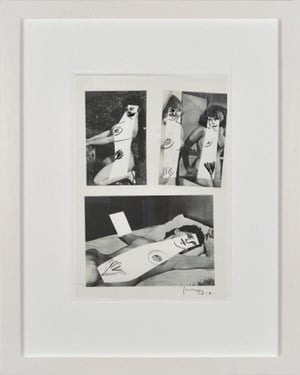 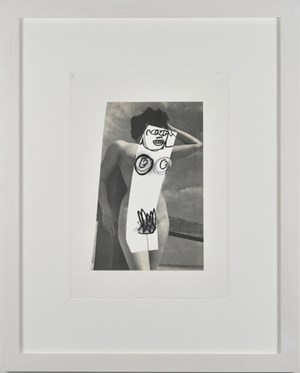 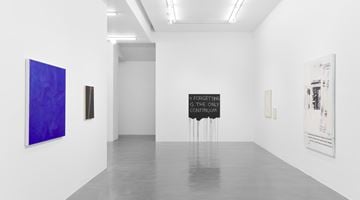 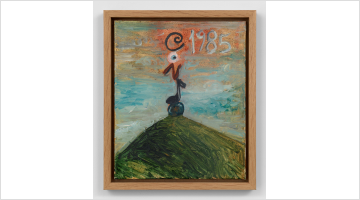 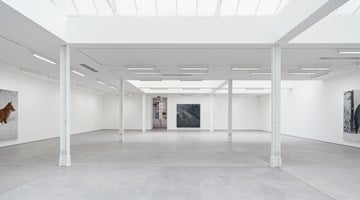 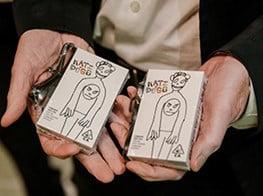 Related Press Richard Prince and the New Meaning of High Art 31 May 2019, The New York Times

SAN FRANCISCO — The large, brightly colored canvases sparkled beside the white walls of the Gagosian Gallery downtown. Larry Gagosian, the art world's megadealer, stood toward the back of the room in blue jeans and loafers while the star of the evening, Richard Prince, the artist perhaps best known for tweaking iconic images and pushing the... 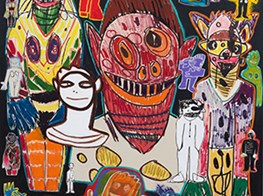 Richard Prince is losing his cool — or at least some of it. And that's a good thing. His new paintings — in a show titled Richard Prince: High Times, at Gagosian in Chelsea — radiate an unusual heat. Mr. Prince, after all, is the artist who started photographing existing photographs in the late 1970s, which set the stage for... 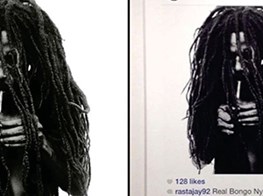 In two cases testing copyright law in social media, the artist Richard Prince is asking a federal court in Manhattan to rule that two of his Instagram-based works constitute fair use of photographs taken by others. Both are from Prince's 2014 New Portraits series, in which he enlarged and printed Instagram posts with such images. 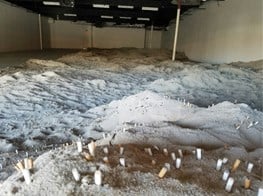 Ah, the romance of the desert! A place of fierce natural beauty and beguiling spiritual wonder! A rejuvenating refuge from the crushing pressures of modern urban life! Desert X, the ambitious exhibition of new site-specific art installations scattered around the Coachella Valley, is successful partly because the 16 participating artists mostly...

Sign up to be notified when new artworks and exhibitions by Richard Prince are added to Ocula.