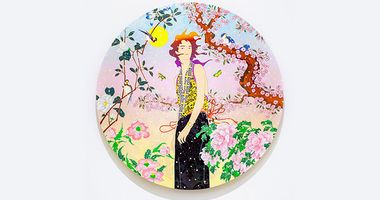 In Tomokazu Matsuyama's fluorescent paintings and prints are visual elements drawn from eclectic sources that traverse time and space. Through his meticulous rearrangement of Japanese Edo- and Meiji-era prints, classical Greco-Roman sculptures, and contemporary art, as well as present-day street art and media, Matsuyama explores globalisation and the complex and intertwined definitions of identity.

Tomokazu Matsuyama's diverse citations are in part the result of an upbringing, spent between Japan and the United States, that prompted him to question the fixed notions of national and individual identities. Although the two are presumed to be the same, Matsuyama reveals instances in which an individual may identify with different nations and cultures.

In HONESTLY GONE GOING (2020)—a digital print with screen-printed elements—the artist employs the flatness of ukiyo-e and features plants commonly found in traditional East Asian paintings, such as bamboo and orchids, but renders them in a bold colour palette reminiscent of Pop art. The background—silver against black—similarly shows an elaborate floral pattern that evokes Baroque wallpapers.

Matsuyama's works can be both representational and abstract. In paintings titled Kirin, the artist combines geometric and stylised forms, as well as splatters of colour, against a black or white ground to suggest the eponymous one-horned mythical creature. On the extreme end of abstraction are works such as The Farm Crash (2020), which consists of a cacophony of bright colours, with punctuations in white and black, that may resemble facial features.

Matsuyama has expanded his practice into the public realm with murals and monumental installations. In 2019, he created a 1,300-square-foot mural for the Houston Bowery Wall in New York City's Lower East Side. Wheels of Fortune (2020)—for Tokyo's Meiji Jingu Forest Festival of Art—is a stainless steel sculpture depicting deer antlers merged with a wheel.

Another public project, Hanao-San, was unveiled at Shinjuku station in July 2020 and features a young boy whose body is composed of stainless steel graphic designs that incorporate the four seasons and ancient Japanese visual culture. The work and its surrounding environment provide a space of contemplation in the midst of the large city. 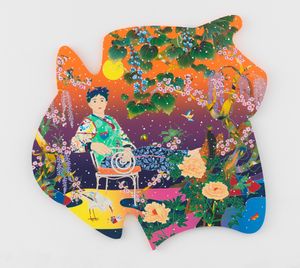 Tomokazu MatsuyamaIf I Fell From Me to You, 2021Acrylic and mixed media on canvas
161.8 x 167.6 cm Kavi Gupta Contact Gallery 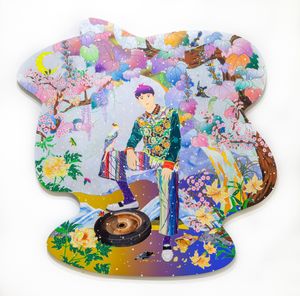 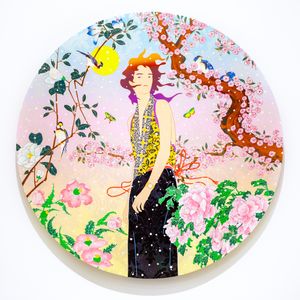 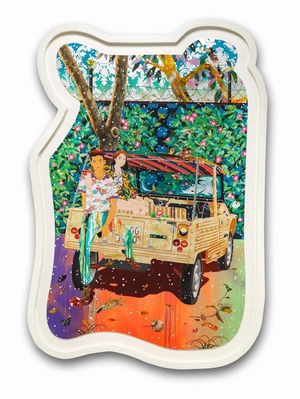 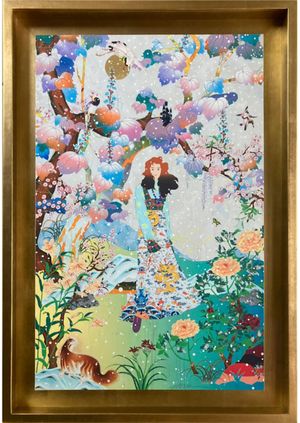 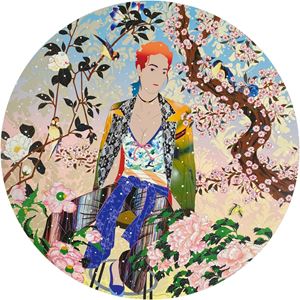 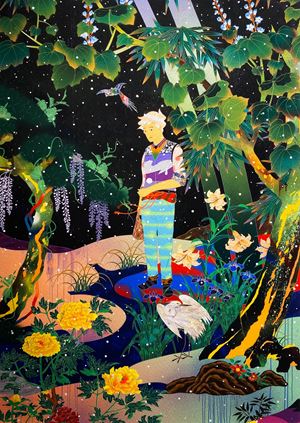 Brooklyn-based Japanese artist, Tomokazu Matsuyama is the latest artist to join the Chicago-based gallery Kavi Gupta with his first solo exhibition with the gallery scheduled for January 2022\.

Be among the first to know when new artworks and exhibitions by Tomokazu Matsuyama are added to Ocula.
Sign UpLogin