On 28 August Sotheby's will host its first auction in Singapore in 15 years.

It will include modern and contemporary works from not only Asian artists such as Hendra Gunawan, Georgette Chen, and Cheong Soo Pieng, but trendy global artists such as Spain's Rafa Macarrón.

That marks a major change to the approach Sotheby's took when they arrived in Singapore in the mid-90s.

'In the mid-2000s, the category started gaining attention from collectors outside the SEA region and we realised the potential for growth,' she said.

Sotheby's shifted their SEA sales to Hong Kong and successfully promoted art from the region in travelling exhibitions. Work by Singaporean modernist Georgette Chen, for instance, was acquired by the Long Museum in Shanghai.

In the past five years, however, Sotheby's says SEA participants in their global sales have grown by almost 75%, a strong enough signal to lure them back.

Singapore remains by far Sotheby's biggest market in the region, with bidders from the city-state outnumbering every other SEA country by 'at least five times', according to Prasetio.

It's not just Sotheby's eyeing up the opportunity.

Art SG signed up over 150 galleries for their inaugural edition, which will be held at Marina Bay Sands in January 2023. The event's arrival is especially welcome after Art Stage's sudden cancellation in 2019.

And this week, LGDR announced the appointment of Dexter How as Director, Southeast Asia. How, who has held previous roles at Richard Koh Fine Art, Sotheby's and Christie's, will be based in Singapore.

'The market in Singapore is very promising with great potential for contemporary art as we see the growth of more collectors here,' he told Ocula Magazine.

How said he was eager to introduce collectors in the region to some of the gallery's exciting artists: 'Derrick Adams, Tu Hongtao, Joel Mesler, Amani Lewis, Pat Steir, and Zhang Zhipiao are just some of them.'

'I also hope to expand the gallery's program and introduce artists from Southeast Asia to the gallery's global roster in the future,' he said. 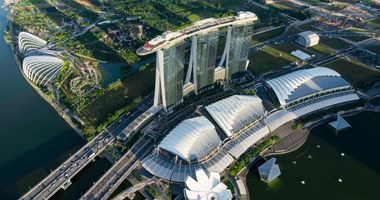 In her reporting, Singapore-based arts journalist Reena Devi has seen businesses, wealth, and collectors flowing into Singapore from Indonesia, Hong Kong, and beyond.

At the same time, she cautions that 'Singapore seemed to be on the cusp of becoming a major arts hub around the time Singapore Pinacothèque de Paris, Art Stage Singapore, and a slew of other market focused infrastructure were launched a decade or so ago. A number of those initiatives did not make it long-term so concerns regarding longevity and consistency remain.'

In the medium term, however, she's optimistic.

'The art market here is likely to do well, at least for the next two years, because Singapore is renowned as a powerful player in the global financial and trade industries. This matters a great deal given the ongoing financialisation of the international art market and the increasing number of art collectors primarily viewing art as investment,' she said. —[O]